Arthur Hunter Jr.: From cop to judge to fighting recidivism 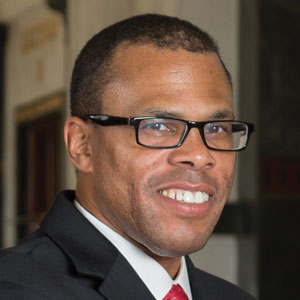 If you send people to prison and do nothing to rehabilitate them, it’s not surprising that they often commit more crimes when released, says Judge Arthur L. Hunter Jr. of the Orleans Parish Criminal District Court in New Orleans.

Hunter and White discussed their visions for a re-entry program among themselves and with prison and department of corrections leaders. They researched other programs and worked to get state legislative approval for their courts. The program now functions in re-entry courts in 10 Louisiana parishes.

Hunter refers to the life-sentence inmates–selected by prison officials for the program–as mentors.

“From what the mentors tell me, these guys come in straight off the streets of New Orleans and they think it’s a hustle–go in, do the time and get out,” Hunter says. “The mentors tell them that it’s not about that, and they basically teach the young ones–who usually haven’t had any role models–that street life is not good.”

Successful completion of the program could mean an early release date if the court approves. Most inmates take at least two years to finish the program, Hunter says, and all are placed on five years’ probation when released. The probation includes weekly monitoring by judges and probation officers.

According to Hunter, 70 percent of released inmates who finish the program successfully reintegrate into society. He hopes those who complete the program will one day have their own businesses.

“I tell people that I want to make these guys into taxpayers. They’re now tax takers,” says Hunter, a former police officer and New Orleans native whose father owned a grocery store in the city’s 9th Ward.

Lifers teaching the program are in a good position to help new inmates because the groups often have similar life experiences, says Norris Henderson. A former Angola inmate released in 2003, Henderson won a wrongful conviction appeal and was freed after serving 27 years of a life sentence for second-degree murder.

“One of the things I’ve seen is that once folks become educated, they better understand what their choices are, and they’re better at decision-making,” says Henderson, founder and executive director of Voice of the Ex-Offender, an advocacy group for people who were once incarcerated.

“Sometimes the new guys just need someone to reach out to them and say, ‘Hey, you’re valuable,’ ” he adds.

Hunter, 56, is a graduate of St. Augustine High School, a New Orleans all-boys school started for black Catholic families. Initially he had a civil private practice handling police brutality cases and representing police officers on personal matters. Hunter was first elected to the bench in 1996, when he was 36.

Ronald S. Sullivan Jr., a Harvard Law School professor who led and reorganized the Orleans Public Defenders Office for a year following Hurricane Katrina, describes Hunter as a fearless jurist who will use his authority for justice.

In 2007, two years after the storm, there were still people in jail who hadn’t had hearings or access to a lawyer. Hunter ordered their release.

“He didn’t wait for popular acceptance,” Sullivan says. “He looked at the facts and he did what was right, notwithstanding when all of his colleagues told him he was wrong.”

“One of the things Judge Hunter represents is an inversion of the city’s traditional power structure,” Sullivan says. “They had this young, brilliant African-American jurist who was issuing orders, and that really upset the status quo.”