Can a new breed of firms solve the attrition problem for women in the legal industry? 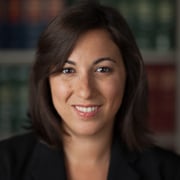 Earlier this year, The National Association of Women Lawyers released the results of its National Survey on Retention and Promotion of Women in Law Firms. This annual survey provides sobering news on the state of women at the 200 largest firms in the country, collectively known as BigLaw.


Earlier this year, The National Association of Women Lawyers released the results of its National Survey on Retention and Promotion of Women in Law Firms. This annual survey provides sobering news on the state of women at the 200 largest firms in the country, collectively known as BigLaw. The report (PDF) confirmed yet again that while law schools have been great at pumping out female graduates (more than 40 percent of graduates have been women since the mid-1980s, according to NAWL), law firms have been exemplary at shedding them. For 2013, the NAWL survey reports that on average, women made up only 17 percent of equity partners in BigLaw.

Why are women leaving?

Theories abound for why law firms can’t hold on to female attorneys. A common theory is that women find that the practice of law is incompatible with raising a family, either because of law firm inflexibility, the pressures of the billable hour, or the perception that certain practice areas require an all-or-nothing approach. One notable legal industry commentator, Jordan Furlong, has hypothesized that women choose to leave traditional law firm practice because they have little tolerance for the archaic business model, compensation structures, and other deficiencies found in many firms.

Another common theory is that the political climate and culture within law firms is simply intolerable for women. To be sure, the conditions for women are not great in the nation’s largest law firms, particularly in the financial realm. A recent report by Sky Analytics (PDF), after a review of invoices from more than 3,000 US law firms, indicates that female partners are billed out at 10 percent less per hour than similar male peers on average at top-tier firms. The study also found that the amount of time written off for female lawyers is higher than male lawyers, and that women tend to be put to work on smaller matters. Note that the disparate treatment has nothing to do with billable hours—the study also concluded that male and female lawyers bill about the same number of hours per day.

The reason for the female exodus from traditional law firm life likely touches on each of these issues—poor culture, inflexibility, and archaic and inefficient business structures. No matter what reason predominates, the trend is undeniable.

The rise of NewLaw

At the same time that traditional law firms are trying to address this issue (and many are genuinely trying, albeit usually unsuccessfully), the legal marketplace as a whole is undergoing tremendous change. Since the recession hit in 2008 (and even before then), clients began insisting more strenuously on greater efficiency in the provision of legal services and a reduction in rates after years of steady rate hikes. Corporate legal departments began more internal hiring, thus leaving their outside law firms with less on their plates. At the same time, a large number of talented attorneys (for whom Big Law partnership was historically the proverbial brass ring) have been seeking out alternatives to the large law firm grind.

This market evolution has bred the growth of new entrants into the legal marketplace. Referred to as “new model firms” or simply “NewLaw,” these firms have the tremendous benefit of starting with a blank sheet of paper, creating law firm models from whole cloth that embrace modern technology and modern business practices. While these new firms vary widely in their business structures, size, practice-area focuses, and philosophies, they can be very broadly defined as firms that diverge from the traditional law firm model.

Some common features among many of these firms include:

• Lower hourly rates.
• Composition of former BigLaw attorneys.
• Often no billable hour requirements.
• Strong culture, more akin to that of a startup than a law firm.
• Flexibility in both where and when attorneys can work.
• Low-overhead environment (e.g., no Class A office space and a cloud-based infrastructure).
• Flexibility in fee structure, with many firms operating entirely on a flat-fee basis.
• New compensation models.
• Use of knowledge management, legal project management, and other processes focused on increasing efficiency.

An informal review of a number of NewLaw firms in the United States, United Kingdom, and Canada shows that many new-model firms are enjoying a higher proportion of female attorneys as compared to traditional firms. For example, at Halebury, a 30-lawyer NewLaw firm in London, 67 percent of its attorneys are women. In the U.S., Potomac Law Group—disclaimer: I work with this firm—is a new-model firm comprised of about 50 attorneys that work in a low-overhead distributed model. And, through no specific effort by the firm to recruit female attorneys, Potomac Law boasts 61 percent female attorneys and 55 percent female partners. At the same time, attrition in the firm is almost nonexistent.

If we accept that women are leaving traditional firms because of some combination of culture, inflexibility, and frustration with the traditional business form, it makes sense why NewLaw is attracting high-level female talent. Anecdotes derived through dozens of conversations with women working in NewLaw reveal that some have, indeed, moved to NewLaw from traditional firms for more flexibility to raise a family while continuing to practice at a high level. Some have made the move to rid themselves of the drama, politics, and pressure that have unfortunately become a hallmark of practice in many traditional firms. A few joined for financial reasons—rainmakers who want to keep a larger piece of the pie than is possible in BigLaw. Others want to be greater rainmakers but found it challenging to develop business with the high rates they had to charge at their previous firms. Some work 25 hours a week, some work 60-plus hours per week. The common thread between these women is that they want to practice law at a firm with similarly accomplished colleagues and challenging work, and they don’t want to do it in a traditional BigLaw setting.

Is a NewLaw career any different?

Note that in response to excessive partner compensation that for many firms has been the root of substantial business problems, many NewLaw firms have created business structures that do not involve equity ownership for partner-level attorneys. For most lawyers, though, this is a distinction without a difference. With the odds of equity partnership getting longer by the day at the nation’s largest firms, it is questionable whether an attorney abandoning ship would be losing out on any real opportunity, especially considering the significant personal cost for many lawyers of that sliver of an opportunity.

The one big area of growth for women in the traditional firm setting is in the category of “staff attorneys.” According to the NAWL report, women made up 64 percent of staff attorneys in 2013, a category noted by the author of the report to comprise the “lowest echelon of law firms.” These attorneys are not partners, nor will they ever be partners. They are paid a more modest salary to do the background support work.

So, are these the same women that are moving to NewLaw? The women who don’t want to (or can’t) become equity partners but want to keep practicing law in a private firm? If so, it could then reasonably be argued that NewLaw isn’t actually advancing the ball for women in the profession—it’s just distributing women lawyers in low-power positions throughout a greater number of firms. This may be the case for some attorneys who just somehow didn’t fit the traditional firm mold. But after exploring this issue with dozens of women and experiencing firsthand the work being undertaken in these new firms, it is clear that there is a real qualitative difference between the roles played by women in NewLaw and women in the staff attorney roles at traditional firms.

The difference is apparent both in status and practice. Women in NewLaw may never become equity partners (depending on the firm’s model), but neither will the men. There is no “second-class citizen” effect—there are no echelons. There is also a significant difference in the level of work performed by staff attorneys in BigLaw and attorneys practicing in new-model law firms. Staff attorneys are in a support role for partners who are taking the lead on matters, and many are quite happy to play a supporting role. But by contrast, the women in NewLaw have the power and autonomy to take the lead on matters for their clients as they would as a partner in a traditional firm.

Problem solved! Or is it?

So, does NewLaw solve the problem of the retention of women in the law? Not entirely, of course. But the answer to this question depends a lot on how we define the end goal. If it is to keep women in equity partnership and leadership positions at the nation’s largest firms, it obviously does not aid in that mission. We still need women in leadership positions in BigLaw for the same reasons we need women in top executive positions in Fortune 500 companies. High-profile women leaders beget women leaders and can better effect positive change for women (and achieve buy-in of that change from the top down). Traditional firms still need to work to retain women who want to stay in the large firm environment.

Perhaps the better goal, though, is to strive to keep women practicing law, actively representing clients at a high level and achieving or maintaining influence and power. There, NewLaw is having an impact. There won’t be a single solution to this problem. But when an alternative exists for women to enjoy flexibility and autonomy over their practice in a firm environment, working at the same high level with the same caliber of clients found at traditional firms (but without many of the downsides of traditional firm life), it has tremendous potential to help retain women in the private practice of law.

Nicole Bradick is an attorney and director of strategic initiatives and development at Potomac Law Group. Nicole is also the founder and CEO of Custom Counsel, a nationwide network of more than 100 freelance attorneys. Nicole has received recognition as an ABA Journal Legal Rebel and was named to the 2014 Fastcase 50 list.