The Canadian Legal Information Institute was already a smashing success—and the envy of many in the free law movement—even before Colin Lachance took over as president in April 2011.

Founded in 2001, CanLII is the largest free legal database in the country. As Lachance explains, the concept for CanLII came about at a time when digital legal information was sparse and rarely available to the general public. The Canadian legal establishment worried that this information would be too rare or too expensive and wanted it to be free. 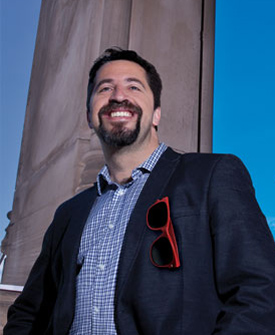 To keep more than 1 million primary law materials free for the more than 10 million visitors expected to the site this year, the 14 legal societies in the Federation of Law Societies of Canada built relationships with courts all over the country at both the provincial and federal levels to get access to caselaw, statutes and regulations. Funding comes from law society member dues at $34 Canadian dollars a year.

And CanLII isn’t stopping there.

Under Lachance, CanLII is driving a major expansion of its offerings with CanLII Connects, giving users free access to a vast array of secondary legal materials, including treatises, commentary and analysis.

“They haven’t just rested on their laurels,” says Sarah Glassmeyer, director of content development at the Center for Computer-Assisted Legal Instruction. “After all, they have the ideal situation. They have the cooperation of the courts and a regular source of funding. That’s something I’d kill for.”

Instead, Glassmeyer says CanLII recognized that having access to the law isn’t enough for most people doing legal research, and that in order to produce effective court pleadings or memos, it was necessary to have access to treatises, law review articles and other secondary sources.

“Those types of sources are the new frontier for free legal information,” Glassmeyer says. “It’s great that they have the caselaw for anyone to research, but having the research material will make it better for everyone.”

Lachance, 42, wasn’t the most obvious candidate for the job. After all, he had spent most of his professional life working for large telecommunications companies, most recently serving as director of federal government affairs at Telus Communications Co.

In 2010 he decided to go back to law school at the University of Ottawa to earn an LLM with a concentration in law and technology, and that’s when he heard about the CanLII job. “The project had been operating with extremely high technical quality, but limited scope and vision beyond growing its primary law database,” Lachance says. “The law societies wanted to expand their vision. They hired me and, together, we executed our plan.”

The material is crowdsourced as lawyers and scholars can submit their own authored work and then users can vote them up or down depending on their relevance. “What we’ve done is built a platform and determined who’s allowed to contribute content,” says Lachance. “Once they’re in, they can contribute content by the bucketload.”

The other part of the plan was launched in March 2013 when CanLII introduced its application programming interface and made it available to the general public. The API gives users access to the metadata and code used in CanLII, allowing them to fashion their own products and applications centered around CanLII’s millions of documents. For instance, the website CommonCases used the API to design a tool that finds overlapping citations in cases.

When he’s not working to increase CanLII’s reach, Lachance says he enjoys playing softball in the summer and binge-watching Netflix in the winter. The husband and father of four (including a set of triplets) also says he is “fascinated by Twitter,” enough so that he wrote a research paper for his master’s about using the social media tool to disseminate legal information.

Lachance says spurring innovation is a primary goal, and to that end he sponsored a CanLII hackathon last September. Releasing the API was also a move to encourage innovation.

“Our goal isn’t to supplant commercial publishers like LexisNexis or Westlaw,” he says. “Instead, we want to ensure that all the benefits of CanLII are available to all, and we think these are the things that will allow the benefits of what we created to go even further.”