David Colarusso taught high school physics for six years and co-founded a software business before going to law school, so it isn’t a stretch that he’s turned out to be a data scientist at law.

His first job out of law school in late 2011 was as a public defender in Massachusetts, immediately handling arraignments and bail hearings and soon trying cases. He’s still at the Committee for Public Counsel Services, which handles representation for indigent criminal defendants statewide. But he doesn’t take on cases anymore, though he sometimes analyzes and maybe tweaks huge batches of cases to improve the agency’s work—and justice itself.

Colarusso, 37, is a hacker. He is happiest when doing a deep dive into an information system, finding problems and creating fixes.

He did just that in the wake of the state drug lab scandal in which a chemist had falsified tests of drug samples, tagging them positive, in tens of thousands of cases. The discrepancies were discovered in 2012, yet the number of tainted convictions still is unknown. 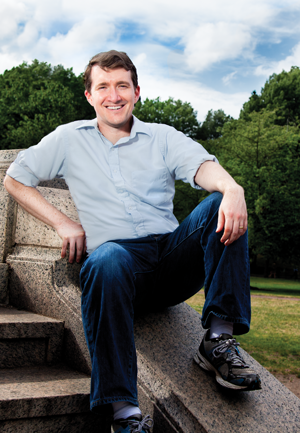 In 2014, the CPCS put Colarusso on temporary duty to sort through the mess and determine how many defendants were affected. The agency and the American Civil Liberties Union have a case in the Massachusetts Supreme Judicial Court that lets people challenge their convictions without fear of increased penalty.

Lists of individuals are still coming in. There was no single, statewide information system that could show all the cases in which the chemist had a hand. And record-keeping varies from agency to agency, including paper files.

Colarusso believes the number yet to turn up is between zero and 9,000, “but the data’s not good enough to know where that falls, though I suspect it’s a couple of hundred.”

The temporary assignment morphed into full time in 2015, and he works as part of the agency’s IT team—as its only lawyer. His official title was originally data analyst, but he recently succeeded in getting it changed to data scientist because he applies data, mathematical formalism and experimentation to the field of law.

“I saw the skills he had, especially around data science and thought the agency needed someone on IT who is a lawyer and can better understand the agency’s processes,” says Daniel Saroff, the agency’s CIO since 2014. “I have good technical people, but that doesn’t mean they understand what it takes to defend clients.”

Recognition of Colarusso’s added value dovetailed with needs as the CPCS has more than doubled its staff and lawyers since 2012, now numbering about 750, to take on a greater percentage of indigent cases. In one project, for example, he led the development of a document automation system for case management tailored to the agency, avoiding the significant expense of a vendor.

At the ABA Journal’s inaugural Hackcess to Justice hackathon in August 2014, Colarusso and two teammates he met there presented one of the three winning entries. Their app, Due Processr, helps determine eligibility for indigent legal services in Massachusetts and calculates defendants’ potential state prison sentences.

Colarusso’s combination of skills and interests is unique. He graduated from Cornell University in 2001 with a self-designed major in physics and science education via presentation in popular media: “If it had been five years later, I could say I majored in making YouTube videos,” he says.

Then came a master’s degree in education from Harvard University, after which he began teaching high school physics and astronomy in Lexington, Massachusetts. In 2005, the school’s information management system was so lacking, he co-founded a software firm with a college buddy to develop something better.

In 2007, Colarusso went to Scotland for a year in the Fulbright Classroom Teacher Exchange Program (now defunct), got very involved in the YouTube community and caught the political bug. When YouTube launched an effort in which users could post videos with questions for candidates for the 2008 presidential election, Colarusso, with help from a few other users, created CommunityCounts, a website for voting on which videos should be used.

The YouTube debates were popular, and Colarusso was quoted in a number of news stories, including in the New York Times. “So for a week, I was the world’s expert on YouTube,” he says with a laugh.

The unofficial title “expert” continues to follow him in a variety of efforts.