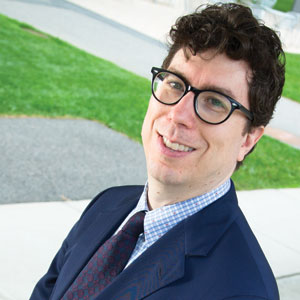 Sure, it’s annoying when you click on a link and get that “404” message or an automatic redirect to the homepage. But when it comes to legal research, dead links aren’t just annoying; they can undermine the entire premise of an opinion, article or treatise.

Hoping to end this type of “link rot,” Harvard University Law School came up with Perma.cc—an archival tool that allows users to submit their links to Harvard’s library in order to be permanently preserved.

The idea was the brainchild of Jonathan Zittrain, a professor of international law who became director of the Harvard Law Library two years ago.

Zittrain, 45, had co-authored a paper with fellow Harvard Law professor Larry Lessig and then-student Kendra Albert that found half of the links cited in U.S. Supreme Court opinions and nearly three-fourths of links cited in law journals no longer worked properly.

“Link rot is especially worrisome when it comes to judicial opinions and scholarship,” Zittrain says. “If you can’t see what’s being linked to, then it makes it hard to give credit to what you’re reading.”

Zittrain’s digital street cred is as powerful as his law school position: He is also a professor of computer science at Harvard and a co-founder and director of the university’s Berkman Center for Internet & Society.

Zittrain’s paper proposed the implementation of Perma.cc, a service that allows authors to submit their links to the service for archiving.

Perma.cc takes screenshots of the linked documents and keeps them stored on its servers so there’s always a permanent record. Using a Perma.cc link, a viewer can link to a current-day version of the webpage if it is still available. If not, a tab links to a screenshot of the page as it was when it was submitted. Another tab links to an archived HTML version of the page.

In 2013 the Harvard Library Innovation Lab, under the directorship of Kim Dulin, launched Perma based on Zittrain’s proposal.

“We created the Harvard Library Innovation Lab to create things in the virtual Internet world that work well for libraries,” Dulin says. “When Jonathan came up with the research and showed us all this link rot, we thought we could do something about it.”

According to project manager Adam Ziegler, Perma is primarily designed as a voluntary service for opinion or article writers to create a preserved record of their work. Perma.cc had archived nearly 104,000 links as of June, and 96 law libraries have partnered with the service. Several federal and state courts are also using Perma, including trial and appellate courts in Colorado, Michigan and Massachusetts and the Michigan Supreme Court.

Katie Loomis, legal editor in the reporter’s office for the Michigan Supreme Court, says the court looked at various options, including creating its own archiving system, before deciding to use Perma.cc.

“Our IT department told us we could do this ourselves, kind of like what the 9th Circuit does [with its own Webcites service], but we figured why reinvent the wheel?” she says. “Perma’s free, easy to use, supported by reliable organizations—and there’s backup in place so that, if Perma fails for some reason, there’s a pretty straightforward way to make sure these links aren’t lost forever.”

Though most documents archived on Perma.cc are publicly available, the service has its dark side—a Dark Archive that stores documents the submitter wants kept permanently but not widely available. The service presents a black lightbulb to viewers who link to such a site, telling viewers to “contact a librarian to get a copy.”

Ziegler would like to see the rest of the law libraries in the United States, as well as those overseas, adopt Perma.cc.

“Part of our challenge is to help educate people about link rot,” Ziegler says. “I’ll ask people what do they do now to avoid link rot, and they’ll just sheepishly say that they aren’t doing anything.”