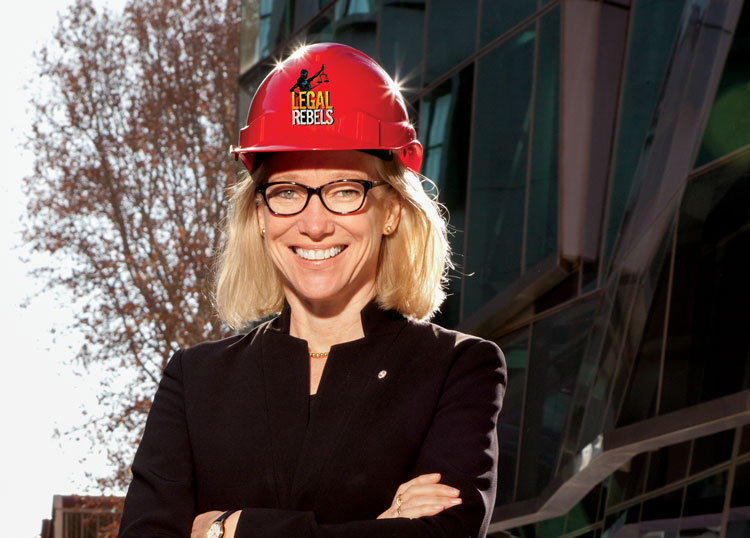 Philippa Ryan thinks a lot about trust. A barrister in Australia, she lectures on the subject, and her PhD thesis focused on the breach of trust and the liability of third parties. So when Ryan heard about trustless relationships enabled by blockchain technology, her interest was piqued.

However, when she typed “trustless relationships” into her search engine, she says, “the only thing that came up was an ad for Ashley Madison,” the notorious dating website for married people looking to keep infidelity discreet. She deleted her search history.

Today, Ryan, a lecturer at the University of Technology Sydney, can find more suitable material online. In fact, she’s helping fill the gap by writing and speaking around the world on the subject.

With knowledge in law and blockchain, she is a leading member of the International Organization for Standardization technical committee on blockchain and distributed ledger technologies. Being a part of Standards Australia and the committee’s secretariat, she says the work intends to produce high-level guidelines for governments and technologists to use when legislating or developing the technology around the globe.

“What we will be hoping to support is interoperability” between technical and legal systems, says Ryan, 52, who also leads the smart contracts working group at the ISO alongside a German delegation.

The charge for a standards committee is to support the development of a new technology while respecting existing laws, norms and treaties—a task defined by varying viewpoints.

“The naivety of the technologists has been staggering,” she says.

She points to a common belief held by some of the technology’s evangelists that the decentralized nature of blockchain and the things built on it, such as cryptocurrency, puts it outside of the law. Ryan expects the standards, which will be finalized in 2020, will put developers and users on alert to technical legal issues, which then can be applied to the technology’s more intentional development.

“With distributed ledger systems in particular, the law and technology merge in uncertain ways,” says Gayan Benedict, chief information officer at the Reserve Bank of Australia and a member of the Australian team working on blockchain standards. “And Philippa has proven masterly in her ability to bring people from different walks and backgrounds together around a common set of challenges.”

Beyond flexing her own abilities, she is helping nurture the next generation of experts.

Jed Horner, policy manager at Standards Australia, says Ryan “has pioneered the use of interns, including at graduate level, to assist in driving some of the discussions on specific areas of blockchain and [distributed ledger technology], giving them valuable exposure internationally and the ability to strengthen their own skills and capabilities.”

Benedict and Horner both say her efforts have helped improve intellectual and demographic diversity.

Ryan herself brings diversity to both law and technology, and she does not believe her gender has held her back. Instead, she says it’s likely helped, citing diversity efforts being made by the New South Wales Bar Association and the Australian government to actively diversify their ranks.

It’s not all blockchain, though. Ryan and her husband, a corporate barrister, have a 100-year-old homestead in New South Wales in need of constant attention, where they grow vegetables and their grandchildren can play. However, with family spread over Australia, Europe and the U.S., she finds herself traveling quite a bit.

“As a family, we try to get together as often as possible,” she says.

As she travels the globe to see family and spread her gospel, Horner says he sees a bright future for Ryan, whose nickname is Pip.

“Given Pip’s growing national and international standing, I would expect nothing less than continued influence on the global stage,” he says.