“People can screw up, but technology fails too,” says Nelson, who has been selected as a Legal Rebels Trailblazer by the ABA Journal. “You really need to recover from what the problem is, as opposed to pointing fingers and being angry.”

Nelson, a Fairfax, Virginia, lawyer, started a solo law practice in 1978, shortly after graduating from Georgetown University Law Center. Nelson and John W. Simek, her business partner and husband, formed Sensei Enterprises in 1997. Simek, an engineer, previously worked for Mobil Oil as a chief network designer and troubleshooter. The two met when she hired him to computerize her law practice.

“John had the technical genius, and I had the legal, business and marketing experience,” she says “We figured that together I could sell his talents, and it ended up that I sold us both. People were happy to have someone they could talk technology with, along with someone who knew legal ethics.”

Much of Nelson’s work centers on business development, which includes writing books, blogging and podcasts with the Legal Talk Network. And the company has a charming social media feed that centers on its mascot, dubbed “#SenseiSherlock.”

Personal connections also play a large role in her work.

“People want to do business with nice people,” Nelson says. “If they perceive you as nice, trustworthy and smart, then they want to business with you.” 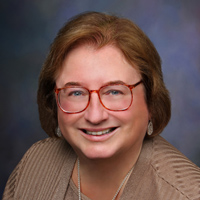 Sharon D. Nelson, Esq., is the president of Sensei Enterprises Inc, a digital forensics, information security and information technology firm in Fairfax, Virginia. Nelson is the author of the electronic evidence blog Ride the Lightning, which has been selected as part of the ABA Journal’s Blawg 100. She is a co-host of the Legal Talk Network podcast series called “The Digital Edge: Lawyers and Technology” as well as “Digital Detectives.” She is a frequent author (14 books published by the ABA and hundreds of articles) and speaker on legal technology, information security and electronic evidence topics.