Since the late 1990s, Joyce Raby has spent a career bringing technology to legal aid. While a booster and believer in technology's potential to improve America's legal system, her experience is tempering.

"We've been saying for a very long time that technology was going to be the saving grace for the justice ecosystem," she says. "I don't think it is."

As opposed to thinking of technology as a panacea to the problems that ail the legal system, such as the access-to-justice gap faced by low- and middle-income Americans, she sees her work as a complement to other efforts being made to improve the justice system.

Having worked with the Legal Services Corp. and the Washington State Bar Association, she continues her legal technology trajectory as executive director of the Florida Justice Technology Center.

“It was created as a brainchild of the Florida Bar and the Florida Bar Foundation,” says Raby, an ABA Journal Legal Rebels Trailblazer. “We create online tools and resources for people to address their civil legal needs without the benefit of counsel.”

Founded in 2014, the FJTC has taken control of existing projects such as Florida Law Help, a legal information site, and FLAdvocate.org, a resource for legal aid attorneys. The organization also creates new tools such as the Florida Name Change web app, which walks people through the process of changing their names and gender markers on official documents in Florida.

Another project developed from scratch was a triage tool intended to improve online intake of legal aid clients. This proved to be a learning exercise for Raby and her team.

The triage tool they built focused on eviction issues in a rural area of the state. They picked eviction as one of two issues for attention because local legal aid data told them eviction was a high-volume issue.

“We thought we had nailed something specific … a pain point that we were hoping to alleviate,” she says.

However, they learned most people would default on eviction notices and not challenge them in court. Therefore, those in need were not looking for legal help online.

Raby learned they had to undertake more vetting before building a tool, which had to include increased outreach to those they sought to help. This human-centered design approach, Raby hopes, will help the FJTC develop better-tailored solutions to the community’s needs and ultimately improve the utility of the tools they build.

Raby also has become interested in how to judge the impact of projects across jurisdictions. “It’s a very hard thing” to measure justice technology’s impact, she says.

This challenge led to the development of what Raby calls the Drake equation for legal aid, which gets its name from an equation created in 1961 to calculate the probable number of intelligent civilizations in the universe.

“The purpose of the equation isn’t to enable a precise calculation of the number of alien civilizations but rather to enable a conversation about what factors affect that calculation,” reads the paper on the FJTC’s website.

Focused on more terrestrial issues, Raby says her version aims to find useful factors to analyze the impact technology is having on the access-to-justice gap across the country. In partnership with the Institute for the Advancement of the American Legal System, this tool looks at various factors, including whether a tool led to filling out a form or more legal research by the user, for example.

While the data collected and analyzed through the tool is still being refined, Raby hopes it will help people like herself better understand what, if anything, is being accomplished by access-to-justice technology projects.

“I certainly want to be able to justify to our donors, to our funders, to our members, to taxpayers in Florida that the work we are doing has a positive impact and is actually making a difference,” she says. 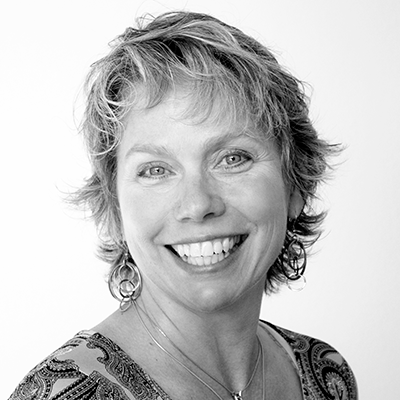 Joyce Raby is the executive director of the Florida Justice Technology Center. Raby managed the Technology Initiative Grants program for the Legal Services Corporation for eight years and is the 2009 recipient of the Innovations in Equal Justice Award presented at the ABA/NLADA Equal Justice Conference for her work with technology and legal services programs.