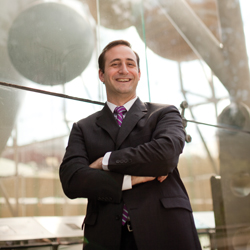 Forecasting where technology can take litigation and understanding the steps needed to get there are great strengths of Steven Berrent’s, say those who know the managing director of WilmerHale’s Discovery Solutions. The in-house document review program uses technology that searches and organizes information.

“The old way of doing document review is you start at the top of the pile and work your way to the bottom,” says Berrent, who works out of the firm’s New York City office. “Technology can break it out into different piles, grouped by fact pattern.”

Berrent’s background is in politics, including stints doing advance work for Bill Clinton after his presidency and serving as information technology director for Al Gore’s 2000 presidential run. After the election went to George W. Bush, Berrent went to Cornell Law School and then worked as a litigation associate at Weil, Gotshal & Manges.

He switched back to technology at Davis Polk & Wardwell as the firm’s director of litigation services. Wilmer Cutler Pickering Hale and Dorr hired him in 2008 to help increase efficiency in how the firm approached e-discovery and document review.

“He’s someone who spots problems before they show up, and he solves many of them before they become big problems,” says Robert W. Trenchard, a WilmerHale partner who chairs the firm’s litigation e-discovery committee.

Deciding which software to use was one of Berrent’s projects. He went with software provider Recommind, which does coding, review and analysis of information. To further explain how its system works, Berrent mentions an internal investigation with about 2 million documents. Key information was identified and used to train the system to find other, related documents. The technology pulled out 70 different concepts, which led to 12 search-term words.

“What we did was look through those and got to one document that seemed to be what was at the heart of our issue,” says Berrent, 36. “Very quickly we got the most highly relevant information there.”

Sometimes the technology still turns up documents that are irrelevant, Berrent says. “To me that’s just the natural investigation process. A bump in the road is significantly missing a deadline,” he says, adding that the firm increased its document review rate by 50 percent.

Some WilmerHale lawyers were dubious, and there has been a promotional aspect to Berrent’s work, says Craig Carpenter, Recommind’s vice president of marketing.

“He and Bob will evangelize internally and with clients, but Steve is the one who makes sure that what they’re selling is deliverable,” Carpenter says. “He has to deliver in the details, and that’s hard because you can’t overpromise.”

According to Carpenter, Berrent has swayed many. His sister, Jennifer C. Berrent, agrees. She also works at the firm’s New York office, as a corporate partner.

“He’s good at getting people to hear what he’s saying, as well as listening to them and not stepping on toes,” she says of her younger brother. In high school he was an emergency medical technician and a volunteer firefighter in Roslyn, the small Long Island town where they grew up.