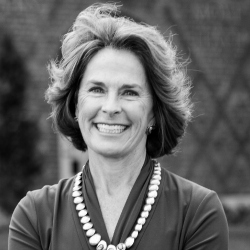 Civil justice reform is on the march, and it is much needed. A survey (PDF) conducted on behalf of the National Center for State Courts in October echoes this sentiment, and captures the overall public perception of our courts. Americans believe that the courts are political (61 percent), inefficient (52 percent), and intimidating (44 percent). As a result, courts are seen as a last resort rather than a preferred method of resolving disputes (54 percent).

Rules changes—at the federal and state level—are intended to make the courts more navigable and effective without sacrificing justice. But if reform is to be successful, it has to include much more than just changing the rules of civil procedure.

Rather, the culture of the courts and of the profession needs to change. Easy to say. Much harder to achieve—or even to define.

IAALS, the Institute for the Advancement of the American Legal System at the University of Denver, has conducted focus groups and one-on-one conversations with dozens of state and federal court judges, lawyers on both sides of the “v,” and court administrators over the last year. We asked them what needs to happen to create the just, speedy, and inexpensive courts of tomorrow. We compiled the results of the conversations in our recent publication, Change the Culture, Change the System (PDF).

These are the top 10 changes that emerged from our conversations.

1. We need go back to our professional roots. Law needs to be a civil and collegial profession first and foremost. Professionalism is extolled, but often observed in the breach. That has to change—even within the current economic realities of the profession.

2. We need to be guided by justice. The focus should be on justice, not on winning at any cost. Lawyers have an independent duty to work within the system in a way that protects procedural fairness and justice. Zealous advocacy and the adversary system can no longer be a convenient cover for gamesmanship and exploitation.

3. We need to dig deep, earlier. Lawyers need to develop deep understandings of their cases early in the process and purposefully tailor plans for those cases rather than conduct rote discovery and motions practice and allow plans to emerge over time.

4. We need a new approach to discovery. Most of the surveys across the country identify abusive discovery as one of the primary sources of burgeoning costs. The parties should seek and receive the discovery they need in a particular case to assure that the search for the truth is honored, but no more. We need to eliminate “scorched earth discovery,” or discovery as a tool of gamesmanship.

5. We need engaged judges. Judges need to be engaged, accessible, and guided by service. For the cases that require direct oversight by a judge, the judge must delve into the case at an early point in time and adopt a pretrial process for that case. Discovery motions should be resolved simply and quickly; dispositive motions should not be allowed to languish; and continuances of deadlines or court dates should be a rarity.

6. We need courts to take ownership. The courts need to be accessible, relevant, available to serve, and responsible for providing procedural fairness in every case. Once filed, the cases belong to the system, and the system must assure a fair and effective process.

7. We need efficiency up the court ladder. We need to use everyone within the court structure more effectively and efficiently. There are cases in which the litigants can benefit from processes that make use of trained nonjudicial personnel for oversight and management. Those cases must be identified at an early point in time and placed on a different track.

8. We need smart use of technology. We need to use technology for efficiency, effectiveness, and clarity—in the courts, in law practice, and in ensuring that the system is accessible for nonlawyers. Litigant portals, push notifications, and other user-friendly technologies must be imported into the courts.

9. We need to value our court system. As lawyers and judges, we need to fight for appropriate budgets for the courts and fight to defend the courts. We also must fight to preserve the right to trial by jury in civil cases, as well as criminal.

10. We need to realign incentives. We need to focus on the incentives driving lawyers and judges and work to align them with our goals for improvement of the system as a whole. For example, the hourly rate may be a deterrent to change. So, too, may be court time standards that focus on time to disposition rather than procedural fairness.

Like politics, culture is local. Each of these top-10 changes will have different challenges in different jurisdictions. For example, Arizona has a history of initial disclosures—because of state court rules that came into effect in the 1990s. Discovery, therefore, takes place differently in Arizona than other states. Relatedly, Oregon state courts do not permit expert discovery. Utah now has a tiered system of discovery based upon amount in controversy. The Eastern District of Virginia has a “rocket docket” that requires lawyers to immerse themselves in their cases at an early point in time. The Northern District of California has a culture of robust, early case management by judges. In each of these jurisdictions, one prong of the top-10 culture changes may already be in place. But, not all 10 …

As a profession, the first thing we need to do is recognize that we must change. If we do not, the civil justice system will continue to erode—probably at an increasing rate. It is up to us to build a justice system that truly offers a just, speedy, and inexpensive resolution for every case—the promise of the very first rule of civil procedure. The second step is to identify solutions. One part of the solution is rules changes, but only one part. The rest lies in implementation and culture change.

Edgar Schein, an expert in the field of organizational culture and development, suggests that culture is to a group what personality is to an individual. I would differ slightly and suggest that culture is the collation of individual choices of members of the group. To that end, challenge yourselves to make different choices—and to change the culture.