When asked which legal right most needs to be remedied for women in prison, former federal inmate Sharanda Jones put it plainly: “the right to not be there in the first place.”

For Jones, the inconveniences, degradation and safety risks she experienced frequently paled in comparison to the big picture. A first-time offender of a nonviolent crime—one count of conspiracy to distribute crack cocaine—she was shocked to learn she would have to serve her entire sentence. 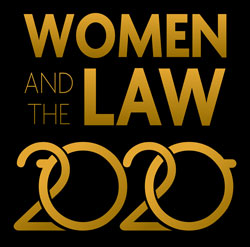 All she could think was, “This is my end. I’m going to die in this place,” says Jones, who was sentenced to life in prison without the possibility of parole in 1999. In the federal system, she notes, “A life sentence is not a life sentence; it’s a death sentence. You are sent there to die.”

Then-President Barack Obama commuted her sentence in 2015, but few get that escape route. The number of incarcerated women is growing, and with it the unique and pressing needs of female prisoners in the system. In response, the U.S. Commission on Civil Rights did an 18-month investigation. It released a report, Women in Prison: Seeking Justice Behind Bars, in February.

The population of women in prison has increased dramatically since the 1980s, according to the report, and the rate of increase has outpaced that of men. In 2017, women accounted for approximately 225,000 of the slightly more than 2 million people in local, state and federal facilities in this country, according to the Sentencing Project, which tracks incarceration statistics.

The Women in Prison report cites disciplinary disparities between men and women—with a particularly negative impact on LGBT-identified women and women of color—and notes that many prisons do not meet the health, prenatal and personal hygiene needs of female inmates. It stresses the impact of women being incarcerated far from home with limited visitation access and having their parental rights terminated.

The commission is calling on the Department of Justice to expand its investigation capacity and continue to litigate enforcement of incarcerated women’s civil rights in states that violate them; it asks Congress to enact stricter penalties for noncompliance with the Prison Rape Elimination Act, focused on inmate safety, and to consistently appropriate funding sufficient to ensure correctional agencies comply; and it urges institutions to provide more mental health treatment programs.

“We were aghast at the experiences we learned about for so many women who are incarcerated,” commission chair Catherine Lhamon says. “Some judges were incarcerating women as a means of providing them access to rehabilitation because they knew there was no other way.”

Kevin Sharp, former chief judge of the U.S. District Court for the Middle District of Tennessee, found a way. He recalls a young female addict who came before him for sentencing as a first-time offender. Like many female defendants, he says, she had been “forced to do the dirty work” of picking up a shipment of drugs for her boyfriend.

“No one wanted out of this way of life more than she did,” says Sharp, who gave her the lowest sentence possible. After serving her sentence, she failed a drug test, which violated the terms of her release. She again appeared in front of Sharp, who sent her to an inpatient program rather than back to prison.

Sharp says he is starting to see improvements in the legal treatment of women, pointing to the First Step Act, for which he was a vocal proponent; he was invited to a White House meeting about the legislation with President Donald Trump, who signed it into law in 2018.

Among the goals of the act are to reduce the federal prison population and recidivism; advance sentencing reform; provide drug treatment and other programs to prepare inmates for post-release lives; and improve prison conditions and safety procedures. It requires the federal Bureau of Prisons to implement policies that allow for good-time credit and compassionate release. Key provisions provide that federal female inmates do not have to pay for feminine products and cannot be shackled during pregnancy or childbirth.

Dallas attorney Brittany Barnett, who obtained clemency for Jones, was part of the effort to pass the First Step Act. She sees it as just that: the first step.

“There is still lots of work to be done,” she says, noting that of the four sentencing law improvements in the legislation, provisions of only one, the Fair Sentencing Act of 2010, are retroactive. That improvement reduced mandatory minimum penalties for crack cocaine offenses, which have been widely condemned for their disparate impact on minorities.

Barnett’s memoir about her legal journey with Jones, A Knock at Midnight, is scheduled for release by Crown in September.

In a joint effort with Jones and Corey Jacobs, a man sentenced to life for whom she obtained clemency, Barnett founded Buried Alive. The organization contends the First Step Act’s revision to the three strikes law, which reduced a mandatory life sentence without parole for certain three-time offenders to a 25-year mandatory minimum, should also become retroactive.

Given the COVID-19 pandemic, “If ever there was a time to focus on lowering the prison population and looking at who could be [housed] in less restrictive settings, it is now,” says Judith Resnik, a Yale Law School professor and founding director of its Arthur Liman Center for Public Interest Law.

She calls the coronavirus crisis “an early cri de coeur [a passionate outcry] that makes that plain many women do not need to be in prison.” And she adds, “There is nothing in the law saying that people can be sentenced to the risk of serious illness or death.”

In an effort to mitigate virus risks after some staff members and inmates tested positive, Decatur Correctional Center in Illinois released several mothers and babies in March.

Attorney Julie Abbate observes, “Prison systems were not built with women in mind.”

Abbate, national advocacy director of Just Detention International in Washington, D.C., has been a relentless fighter for the rights of female prisoners. She is the former deputy chief in the Special Litigation Section of the Civil Rights Division, a member of the ABA Criminal Justice Section, and she testified before the commission in hearings about the study.

She drafted a resolution adopted by the ABA House of Delegates in 2019, urging governments to enact legislation, and correctional and detention facilities to enact policies that provide female prisoners with unrestricted access to free toilet paper and a range of free feminine hygiene products. Since then, she has been working with state correctional agencies and county sheriffs to help implement the ABA policy.

“For men, an assault in prison usually involves a violent fight. For women, it could be pushing or hair-pulling. For both, it’s punished as assault,” she says, adding that women are particularly at risk of violence and sexual abuse in prison. “Whenever you have scarcity and deprivation, it creates power over women. An unscrupulous correctional officer could pressure a woman to perform a sexual act on him [and say,] ‘Do it, or I’ll put you in isolation.’ The fear of being separated from her children drives a woman to comply.”

The commission is calling on prisons to implement evidence-based, trauma-informed discipline policies to avoid harsh punishments for minor infractions.

In some states, things seem to be improving, albeit slowly. Lhamon points to recent disciplinary changes under guidelines adopted and enforced by the Alabama Department of Corrections and MCI-Framingham, a women’s medium-security facility in Massachusetts. She says data showed “astonishing progress” in inmate safety after those institutions implemented a gender-responsive trauma-informed disciplinary policy.

Those policies are informed by studies on the different characteristics and pre-incarceration experiences of men and women (particularly trauma), and generate information on how to meet the unique needs and challenges of female inmates.

Data after implementation of those policies has shown “extraordinary, just jaw-dropping” improvements, she says, adding that the new disciplinary policies could be models for other states to follow.

Lhamon says the commission is working with Sen. Brian Schatz (D-Hawaii) on his bipartisan efforts with Sen. John Cornyn (R-Texas) urging better oversight of Prison Rape Elimination Act compliance. The commission is also working with U.S. Rep. Pramila Jayapal (D-Wash.) on the Dignity for Incarcerated Women Act, which she co-sponsored with U.S. Rep. Karen Bass (D-Calif.). The bill addresses many issues raised in the commission’s report, and companion legislation was reintroduced in the Senate last year by Elizabeth Warren (D-Mass.) and Cory Booker (D-N.J.).

This article appeared in the June/July 2020 issue of the ABA Journal under the headline: “Imprisoned While Female: A new study looks at the prison system’s failure to address women’s health and safety behind bars.”