Along with political speech, many companies also claim they have religious liberty rights 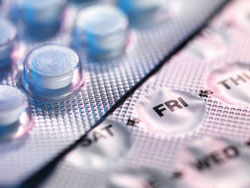 Corporations, like individuals, have the right to engage in political speech, the U.S. Supreme Court said three years ago. The “corporate identity” of a speaker did not justify a reduced level of free speech protection, wrote Justice Anthony M. Kennedy in Citizens United v. Federal Election Commission.

But in the aftermath of Citizens United, lower courts are dealing with the question of whether those rights extend beyond political speech. Do corporations—including secular, for-profit corporations—possess religious liberty rights too?

The issue arises as individuals and corporations have filed lawsuits challenging the new health care law, the Patient Protection and Affordable Care Act. The plaintiffs object to being forced to support abortion drugs, contraception and sterilization through insurance policies. They are claiming that, just as corporations have free speech rights, so too should companies have the right to deny employees medical services that counter the owners’ religious beliefs.

By February, at least 48 lawsuits with more than 140 plaintiffs had challenged the act, says Edward White, senior counsel for the American Center for Law and Justice, a Washington, D.C.-based conservative group that is handling five suits and has filed amicus briefs in 16 others.

“The raft of ACA cases raises the specter of doctrinal inconsistency within First Amendment jurisprudence between freedom of expression and freedom of religion,” says First Amendment expert Clay Calvert of the University of Florida. “If Citizens United means that secular, for-profit corporations possess the right to freely express political viewpoints by spending money, then at first glance it seems to follow that such corporations also possess the right to freely exercise religious beliefs by refraining from spending money.”

Yet, Calvert adds, “there is nothing historically that would require merging or blending the free speech and free exercise clauses on the question of whether corporations are treated like human beings. Just because two clauses fall within the same amendment does not mean principles that apply to one must apply to the other,” Calvert says. “Voluntarily spending money on political advertising is fundamentally different than being compelled to spend money to pay for insurance that could be used to purchase contraception.”

The 7th U.S. Circuit Court of Appeals at Chicago said that companies “have established a reasonable likelihood of success on their claim that the contraception mandate imposes a substantial burden on their religious exercise” in Korte v. Sebelius.

Cyril and Jane Korte are Roman Catholics who own a construction company, Korte & Luitjohan Contractors Inc., based in Highland, Ill. Their religious faith includes teachings about the sanctity of human life and opposition to abortion, according to the decision, issued Dec. 28. The Kortes objected to ACA provisions that require their company to purchase no-cost-sharing coverage for contraception and sterilization procedures. They contend that the ACA forced them to financially support practices that their Catholic faith deems immoral.

In a second case, a Madison, Ind., family business, Grote Industries, had a health plan that did not cover contraception, sterilization or abortifacient drugs. The Grote family, also Catholic, said their self-insured health plan had never provided coverage for contraception. The Kortes and their company sought a ruling last October asking the court to enforce the contraception mandate in the Religious Freedom Restoration Act; the free exercise, establishment and free speech clauses of the First Amendment; the due process clause of the Fifth Amendment; and the Administrative Procedure Act. The Grotes filed a similar lawsuit that month.

A federal district court denied motions for preliminary injunctions in both cases. On appeal, a divided three-judge panel of the 7th Circuit reversed and granted the Kortes and Grotes their requested relief under the RFRA, a religious-liberty statute that prohibits the federal government from imposing substantial burdens on an individual’s religious freedom rights unless the government meets strict scrutiny.

The government argued that the Kortes had no rights under the RFRA because K&L Contractors is a secular, for-profit business. The 7th Circuit rejected that argument. “That the Kortes operate their business in the corporate form is not dispositive of their claim,” said Judges Joel M. Flaum and Diane S. Sykes in the majority.

The same panel reached a similar 2-1 result in Grote v. Sebelius, issued Jan. 30. “In all important respects, this case is identical to Korte; our analysis there applies with equal force here.”

Judge Ilana Diamond Rovner dissented in both cases. In Korte, she said, “it is the corporation rather than the Kortes individually which will pay for the insurance coverage.” Rovner added that “the corporate form may not be dispositive of the claims raised in this litigation, but neither is it meaningless: It does separate the Kortes, in some real measure, from the actions of their company.”

In her dissent in Grote, Rovner emphasized that many secular, for-profit businesses don’t have religious missions. She wrote that “the obligation to cover contraceptives falls not on the Grotes personally but on Grote Industries’ health care plan.”

She also warned that, if an employer could refuse to provide certain medical procedures on religious-liberty grounds, many other health practices could be called into question. “These and other issues will be fleshed out as the merits of this appeal are briefed,” she wrote. “But the Grotes have not yet convinced me that whatever burden the contraception mandate imposes on the exercise of their religious freedom is a substantial burden, in the sense that it directly affects the exercise of their Catholic faith.”

Says ACLJ attorney White, who represents the Kortes, “The 7th Circuit, in granting the Kortes an injunction, determined that the corporate form did not prevent the Kortes and their company from asserting their free-exercise claims under RFRA.” He adds: “Collectively, I hope the courts will find RFRA at a minimum applies and that for-profit companies who can establish a substantial burden of their religious freedom rights shall prevail. It is the public policy of the state of Illinois that individuals and corporations have rights of conscience.”

Using the RFRA “to advantage ‘religious,’ secular, for-profit companies violates the establishment clause by giving religious businesses a leg up in commercial competition,” Griffin says. “It is not protecting religious liberty in any way.”

Marci Hamilton, a professor at the Benjamin N. Cardozo School of Law, agrees. “Whatever their beliefs, the federal law did not impose a substantial burden,” says Hamilton, who has argued an RFRA case before the Supreme Court. “If anything, it is an indirect burden several times removed. These businesses are not going to prevail and they shouldn’t.”

Not all of the lawsuits have resulted favorably for the plaintiffs. The arts and crafts retailer Hobby Lobby has not fared as well in the 10th Circuit at Denver, which affirmed a lower court’s denial of preliminary injunctive relief for a similar RFRA claim. The 10th Circuit in Hobby Lobby Stores v. Sebelius reasoned that the corporation’s religious liberty rights were not substantially burdened by the choices of health care providers and patients.

U.S. Supreme Court Justice Sonia Sotomayor, as the justice over the 10th Circuit, declined to grant emergency relief, noting that the “lower courts have diverged on whether to grant temporary injunctive relief to similarly situated plaintiffs raising similar claims.”

The 7th Circuit consolidated the Korte and Grote cases. Oral arguments were scheduled for May 22.

“I expect the U.S. Supreme Court will issue a ruling on the merits of these cases, especially if there are different conclusions from the federal circuit courts of appeal,” White says. “There needs to be uniformity in this area of the law.”