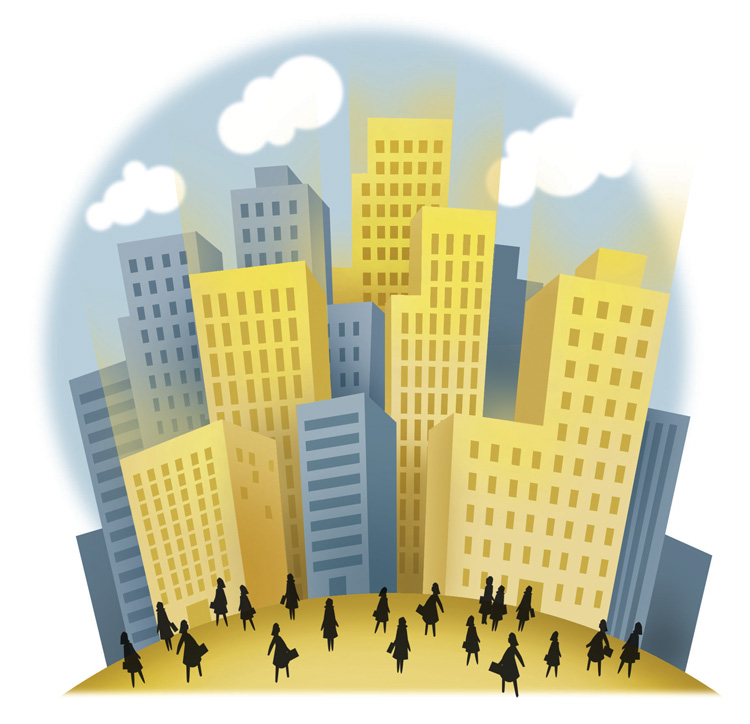 By all accounts, the chief characteristics of a law firm in which women can thrive are simple: Combine gender parity at the outset with substantive work-life balance policies, mix in management opportunities, and add a clear path to equity partnership. In a field premised on protecting the rights of others, law firm equality should be a de facto presumption. But in practice, not enough firms are putting in enough effort to get it right, and even fewer are doing it well.

For most female lawyers at major U.S. firms, the likelihood of becoming a top-earning partner is close to nonexistent. There has been progress over the course of decades. But year over year, growth of female equity partners in the upper echelons of BigLaw has stalled since the early 2000s. The view at the top is slightly less homogeneous than it historically has been, but it remains starkly white and male nonetheless.

“There’s truly been glacial progress,” says Roberta Liebenberg, a senior partner at Fine, Kaplan and Black in Philadelphia. “The number of [female] equity partners is not moving commensurate with the numbers graduating from law school. Projections are there will be no parity for equity partners until the year 2081 the way things are moving.”

Law firm classes don’t start with an imbalance. But within three to five years, a precipitous decline begins, with the ranks of female attorneys thinning at the senior associate and partnership levels—and practically vanishing on the equity partner track. What’s confounding is the fact that despite constant scrutiny, hand-wringing and the passage of time, the legal field remains one of the worst industries for diversity—gender and otherwise.

At a macro level, there’s a lot of work to be done. But drilling down, there are law firms making inroads to level the playing field. Female lawyers trying to gain a foothold in the profession often seek out these firms, researching reports and lists that handicap a variety of data points intended to identify who’s doing it well or, at least, who’s doing it better.

Working Mother Media’s Best Law Firms for Women initiative produces one of those annual lists and provides a comprehensive assessment of what top firms are doing to attract and retain female attorneys.

“The goal is always the same. The goal is: How do we move the needle? How do we help law firms and the women in them do better?” says Karen Kaplowitz, a former trial lawyer and special adviser to the Best Law Firms initiative.

Working Mother Media began the list in 2007, and participation has grown significantly as firms increasingly recognize the need to make real progress on gender issues.

Top law firms are selected from applicant firms with 50 or more lawyers in the United States. Participation is free, and firms complete an extensive, confidential questionnaire that focuses on flextime policies, career and business development initiatives, and women in partnership. Other factors considered include compensation, paid leave, pro bono work and workplace culture.

Firms on the list offer remote work and reduced hours while still allowing credit toward partnership. There is a higher percentage of female partners and longer maternity leaves—some up to six months. Working Mother Media says the best firms are setting the standard for the modern-day law practice by supporting flexible work arrangements and providing generous paid leave.

“The other thing we do in this survey that’s very interesting is ... look at usage rates,” says Subha Barry, WMM senior vice president and managing director. “For example, if a firm offers flex work but no one uses it, then the culture has been stacked against it.”

Working Mother Media says the list is, at its heart, a competition. It’s also a learning opportunity for firms, helping decision-makers understand the link between work-life issues and power and leadership. Participating firms receive a complimentary scorecard showing how they rank compared to other participants and previous years. Firms can also buy in-depth analyses of their survey results.

“Working Mother is trying to provide concrete information that will assist law firms in improving those parts of their system that are either helping them or standing in the way,” Kaplowitz says.

The list is disseminated to general counsels and law schools across the country, as well as to all ABA Journal readers. (The Journal has partnered with Working Mother Media to promote the Best Law Firms initiative.) Recognition on the list rewards innovation in the field, with the goal of setting a benchmark for others.

Working Mother Media says some law firms it advises admit they’re not making the progress they’d hoped. Other firms that were on the list previously didn’t make the cut for 2017.

“One of the things I’ve been struck by in my work on the initiative this year is the value law firms attach to being involved,” Kaplowitz says. “They’ve told us how important it is to the law firms that they get on this list and that they stay on this list. It has real value to them in their diversity and inclusion efforts—including recruiting law students and laterals.” 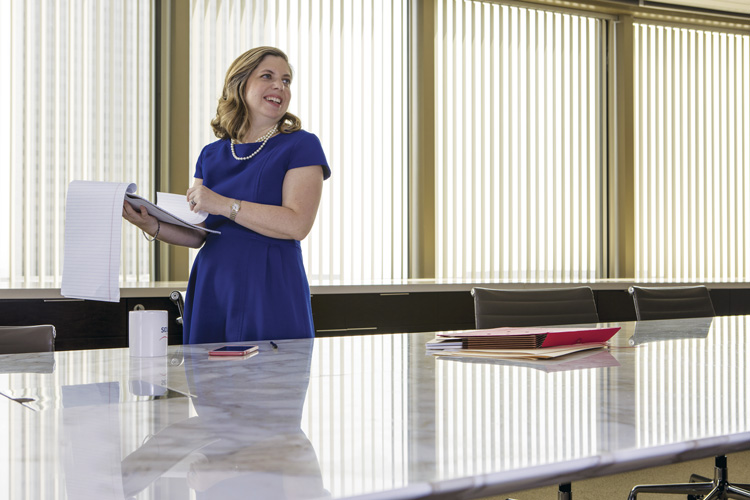 Ellyce Cooper: “I wanted a firm where women with children were succeeding. …Sidley seemed to fit that bill.” Photo courtesy of Sidley Austin.

Ellyce Cooper targeted Sidley Austin when she was looking to make a move as a midlevel associate. Cooper says one reason she chose the firm was because it had a “great reputation with women.” Sidley has been on the Best Law Firms for Women list nine times since its inception.

“I wanted a firm where women with children were succeeding, and based on the investigation I had done, Sidley seemed to fit that bill, in addition to having a great client base and doing high-quality work,” says Cooper, who’s based in Los Angeles.

Cooper made a lateral move to Sidley’s white-collar and internal investigations litigation group in 2003. Since then, she’s been active in the firm’s mentoring program and is the Greater Los Angeles chair of its committee on retention and promotion of women.

Cooper says she’s most proud of the community at Sidley that considers the needs of female lawyers at all levels.

“There are a few things you need to see—women in positions of power across the firm, office heads, practice group heads, various levels of firm management. You need to make sure the associates coming through the ranks are getting the resources they need to succeed,” Cooper says. “It’s an overall sense of a firm wanting women to succeed. Around every corner we have people making sure what we’re doing provides for an even playing field.”

Casey Fleming had a similar experience at Foley & Lardner. Early support that included client management has kept Fleming’s nine years at Foley on an upward trajectory. She also recently moved to a flextime schedule in the firm’s Milwaukee office after having her second child.

Most recently, Fleming co-chairs the firm’s strategic planning committee for diversity and inclusion, helping to develop a three-year plan to focus on retention and recruiting. She also has chaired the associates committee and the compensation and benefits subcommittee. She says she is on track to make partner in February.

“I learned from my mentors the importance of being my own advocate and being open with firm leadership about training and other things I’d like to do—and I keep asking,” Fleming says. “I think it’s important that firms have formal programs like Foley does, but just as important is the mentorship, business development, opportunities for client management, and the amount of confidence and support they throw behind us.”