RISING TO THE TOP

Best law firms that are truly committed to elevating the status of women are looking at the long game, and they recognize that you have to start somewhere. Most of these firms are researching and implementing policies to attract and retain women, along with increasing gender diversity on compensation and management committees. The latter should be an easy fix: Study after study shows that every additional woman added to a firm’s executive committee makes a real impact.

“Let’s face it: No one has improved radically in the percentage of women who are equity partners, but it’s entirely possible to extend your money in ways that will influence that,” Richards observes. “To not only look at the results, but the journey to get there.”

Some of the firms on that journey aren’t the biggest in the game. Many of the larger boutique firms are not only keeping up with mega-firm competition in terms of salary and client base but are dwarfing their BigLaw peers in terms of gender parity. The Journal spoke with female partners at some of the firms on the list—big and small—with innovative practices that are paving the way for women in the profession. One commonality: the importance of women’s affinity groups to support, develop and promote women. Another: All of the firms have room for improvement. 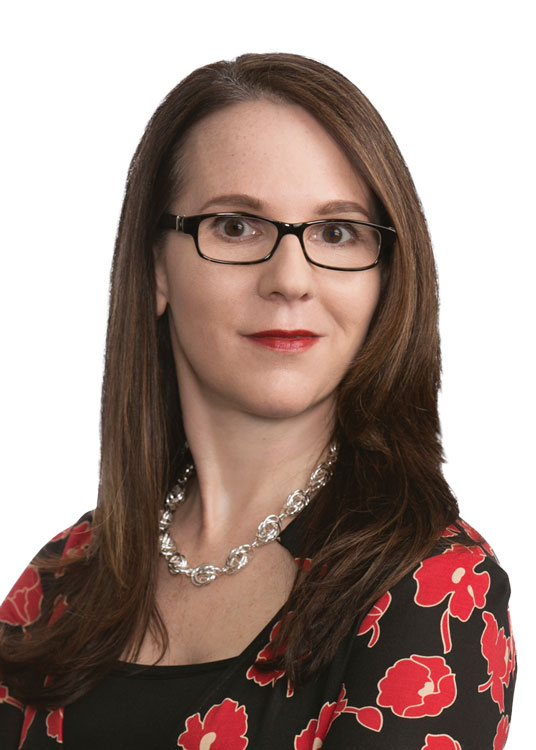 Teresa Lavoie: “Men worked closely with me on their clients and really wanted to help me advance through my career.” Photo by Fish & Richardson.

New to the Best Law Firms list, Fish & Richardson isn’t a traditional BigLaw firm, but it’s a global intellectual property powerhouse with about 400 attorneys and technology specialists across the U.S. and Europe. Its size may offer a nimble alternative to the multinational firm, allowing for easier integration of change and new ideas, with the firm stating it offers a “creative and inclusive culture, which values the diversity of people, experiences and perspectives.”

Teresa Lavoie, an equity partner at Fish’s Minneapolis office with a PhD in biophysical chemistry, has been at the firm for 17 years, since she graduated from law school. Lavoie’s practice centers on biotechnology and biopharma startups.

“I could always look and see there were women who had made it—women with children, women who were partners, women who had been there 20 years and were very successful,” Lavoie says. “In addition, the mentorship and sponsorship wasn’t just from women. Men worked closely with me on their clients and really wanted to help me advance through my career.”

Lavoie has three children and cites Empower, the firm’s women’s affinity group, backup child care and generous reduced-hours programs as some of the amenities that target women. She points to a partner in Boston who reduced her hours between 50 and 85 percent in recent years and still became an equity partner. 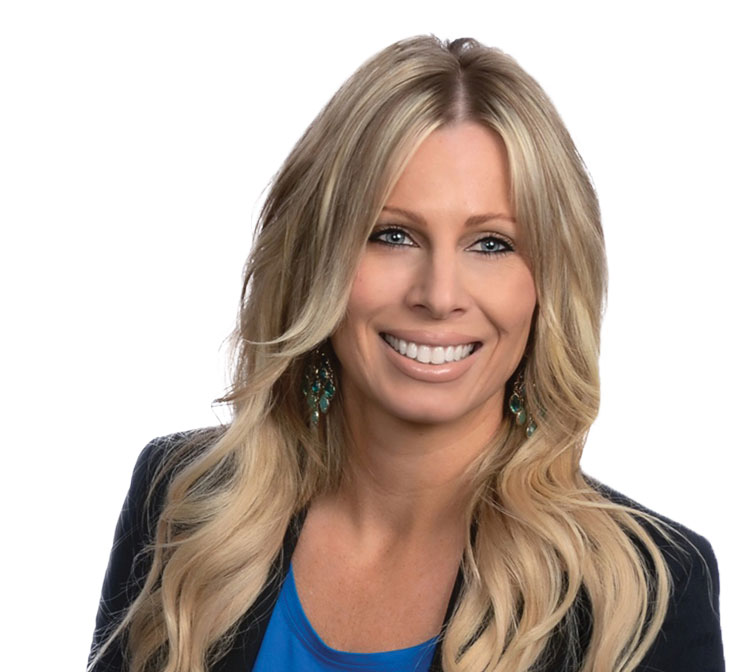 Alison Lynch: “It’s a very supportive and inclusive environment that allows you the freedom to pursue what works best for you and your family.” Photo by Jackson Lewis.

Alison Lynch made partner in Jackson Lewis’ general employment litigation practice in 2014 after 10 years at the firm’s Orange County, California, office. She achieved equity partner status in 2017. Alternative work arrangements, reasonable billing requirements and remote work opportunities are a few of the benefits that have allowed Lynch to successfully manage a career and two children, ages 3 and 17 months.

“I love being a mom,” Lynch says. “But there’s a lot of guilt that goes along with that. Definitely moments when I wondered, ‘How can I stay here? Should I do something else?’ But the support of the firm showed me I can do it. I’m proud of my firm for providing that type of environment.”

Lynch took five months’ paid leave with her youngest, and she works remotely twice a week so she can do drop off and pick up from day care.

Jackson Lewis is another newcomer to the Best Law Firms list. Lynch believes that’s where the firm belongs, because for her, being able to look at firm leadership and see women in top positions motivated her career. She says she was given “every opportunity” at the firm, including speaking at conferences and going to pitches. Lynch says Jackson Lewis’ Women’s Interest Network helps motivate and sponsor women and assist them with mentoring, business development and pro bono work.

“It’s a very supportive and inclusive environment that allows you the freedom to pursue what works best for you and your family,” Lynch says. 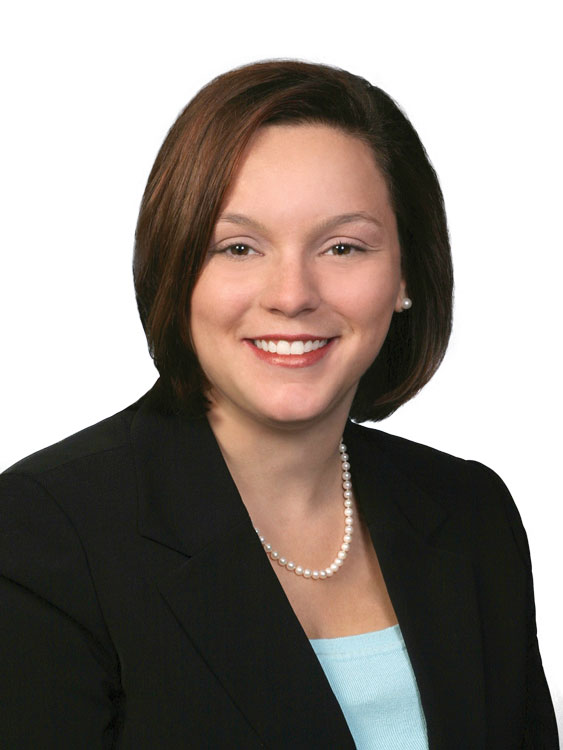 Rachel Alexander: “We did step away from a hard numbers perspective and looked at a totality of factors.” Photo courtesy of Wiley Rein.

Wiley Rein may be an outlier in that 53 percent of female partners hold equity at the firm. According to partner Rachel Alexander, that number has helped retention rates with female junior partners on the cusp of reaching equity, lifting numbers across the board.

The Washington, D.C.-based firm has 250 attorneys, and specializes in complex regulatory, litigation and transactional matters. Like Fish & Richardson, Wiley Rein is a smaller firm, but with an outsize reputation in the marketplace.

Alexander is a partner in the health care practice and co-founder of the firm’s Women’s Forum. She says firm culture made a noticeable shift in 2012, when management adopted a model that recognized teams over individual origination credit for determining equity.

“We did step away from a hard numbers perspective and looked at a totality of factors: who’s working on the matters; who has relationships with the client; who has recognized expertise in the community; who’s doing the management in-house,” Alexander says. “We moved away purely from rainmaker-hunter to recognizing that maintaining a client of some size and growing them and making them happy requires additional skill sets and a team.”

Alexander eschews the term work-life balance, but she credits the supportive culture that she says helped her be the best lawyer she can be, and she’s proud of the work the Women’s Forum is doing to provide leadership opportunities for women who need to raise their profile at the firm and help others build professional development skills.

She notes that having a firm where leadership top down supports the progress of women is key to success, along with male allies inside and outside the firm.

“We are engaged in an evolutionary process, and there are places we could be doing more and better, but we’re asking the questions to find out where those are.” 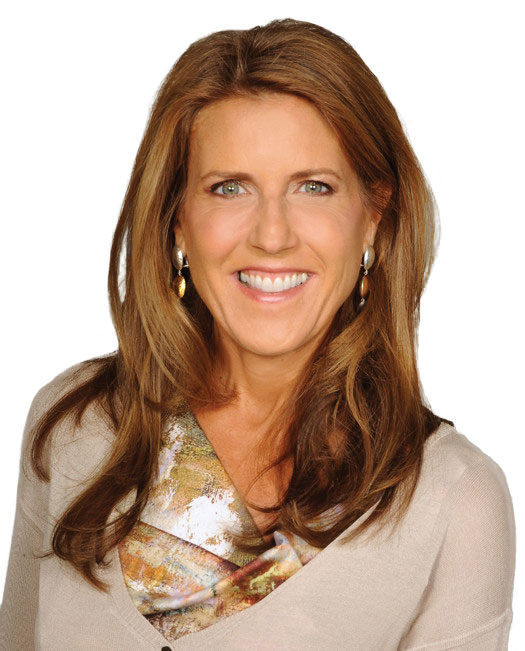 Linda Myers: “Being involved with management has allowed me to bring issues to the forefront that I care about.” Photo courtesy of Kirkland & Ellis.

Kirkland has been on the Best Law Firms list every year since 2012. So what steps is the firm taking to retain the recognition?

In 2017, Kirkland women held triple the number of committee leadership positions since the firm began tracking in 2009, which has correspondingly increased shifts toward family-friendly policies, programming and a culture of “teamwork, flexibility and collegiality.”

Linda Myers has been with Kirkland for 24 years, and a management committee member since 2010—one of two women out of 15.

Myers is a founder of the firm’s Women’s Leadership Initiative and is married to a Kirkland partner, and they made non-share and share partners the same years.

“Being involved with management has allowed me to bring issues to the forefront that I care about,” Myers says.

Myers joined the firm with a startup practice area in debt finance, and she worked incessantly as she tried to learn and grow the business and raise her children, ages 20, 18 and 16.

Myers lauds state-of-the-art programs at Kirkland that help working mothers that weren’t in place when she came up, such as onboarding of women after pregnancy leave, remote work and backup child care. But she notes that during her leaves, colleagues were always “psyched when I came back and super-supportive when I was gone.”

“A lot of it is, ‘How bad do you want it?’ ” Myers says of her drive and determination. But “I would never, ever suggest that it was easy, or my way was the right way. It’s such a subjective thing. You have to do what’s right for yourself and your family, and it worked for me.”

Updated on Oct. 9 to fix a typo in a caption.