Brag Busters: Discipline Is on the Way for Social Media Malefactors, Panel Says 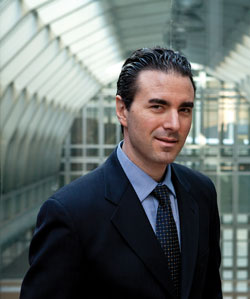 Lawyers engaging in hyperbole on blogs, artificially inflating the number of followers they have on Twitter or otherwise using social media deceptively may soon be getting a call from their disciplinary authority, or even the Federal Trade Commission.

“You have to be aware of the risks, and you have to make sure you have policies and procedures in place,” says Michael Lackey Jr., a partner at Mayer Brown in Washington, D.C.

Lackey was part of a panel that helped open LegalTech New York 2011. Panelists warned devil-may-care attorneys recklessly exploiting the media that they could soon face grief.

The problem, Lackey says, is that sites like Facebook, Twitter and LinkedIn are still so new, many attorneys do not see social media as subject to the same rules that govern promotion in more traditional media.

A LINK AND A WINK

Some Twitter users, for example, try to exaggerate their status on the network by “following,” or linking to, tens of thousands of complete strangers whose Twitter posts they never read. Generally, a small but significant percentage of these newly followed users will give a link back with an unspoken wink: “You pretend to follow me, I’ll pretend to follow you, and we’ll both seem more important.”

In everyday marketing, it’s a practice often seen as a harmless fib. But for those who practice law, the behavior could be frowned upon by a bar association or disciplinary authority, according to panelist Bradley Shear, a Bethesda, Md., attorney.

Meanwhile, other attorneys eager to make reputations for themselves could fall into a similar trap by giving casual legal advice on blogs, in Twitter posts or in online discussion communities read anywhere in the world. No matter how well-meaning, such activity could be characterized by state authorities as practicing law outside a jurisdiction, according to Lackey.

While most agencies are playing catch-up when it comes to social media regulation, at least one, the FTC, has begun taking a hard look at the area.

The FTC’s initial salvo was its Guides Concerning the Use of Endorsements and Testimonials (PDF), which it revised late in 2009. The guides strictly prohibit bloggers from mixing commercial puffery with their posts.

“Some people are out there pretending that they’re something they’re not,” Lackey says. “That may be OK on Madison Avenue, where you’re trying to build a buzz. But with lawyers, there are all sorts of ethical constraints.”