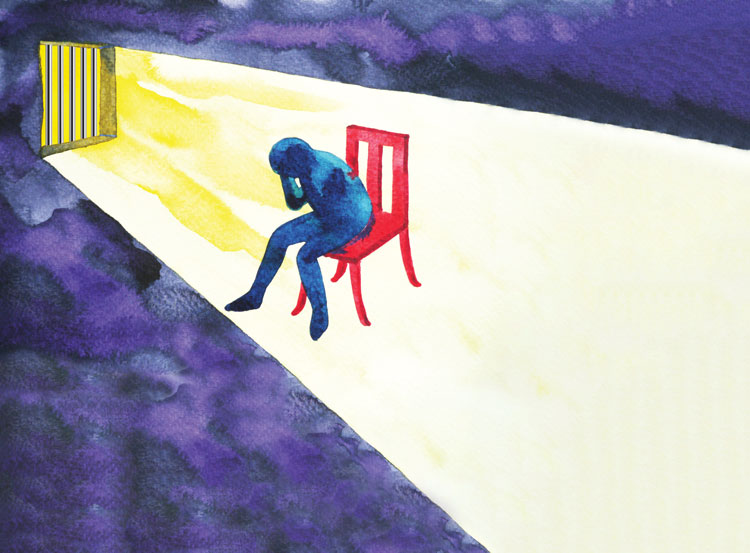 Andrew Butler was a popular kid at Hollis Brookline High School in New Hampshire, an honors student who was captain of the football and wrestling teams.

Then, during college, Andrew tore his leg muscles, making even walking to class difficult. He started struggling with depression, and after talking with his dad, he decided to take time off from his chemical engineering studies at Worcester Polytechnic Institute in Massachusetts.

One weekend in July 2017, Andrew went camping in Vermont with friends. When he came back, he was acting strangely, running around in the woods, punching trees, clearly acting out on hallucinations that started after experimenting for the first time with psilocybin, the active compound found in hallucinogenic mushrooms.

Over the next few months, Andrew’s condition continued to spiral downward, which worried his father, who worked as a mechanical engineer. The single father took his only child to therapy and a psychiatrist, but Andrew’s behavior only worsened.

By October, his father needed to bring him to New Hampshire Hospital in Concord, the state’s only hospital for mental health patients. Andrew was diagnosed with schizophrenia, hospitalized for several months and given psychotropic medications. 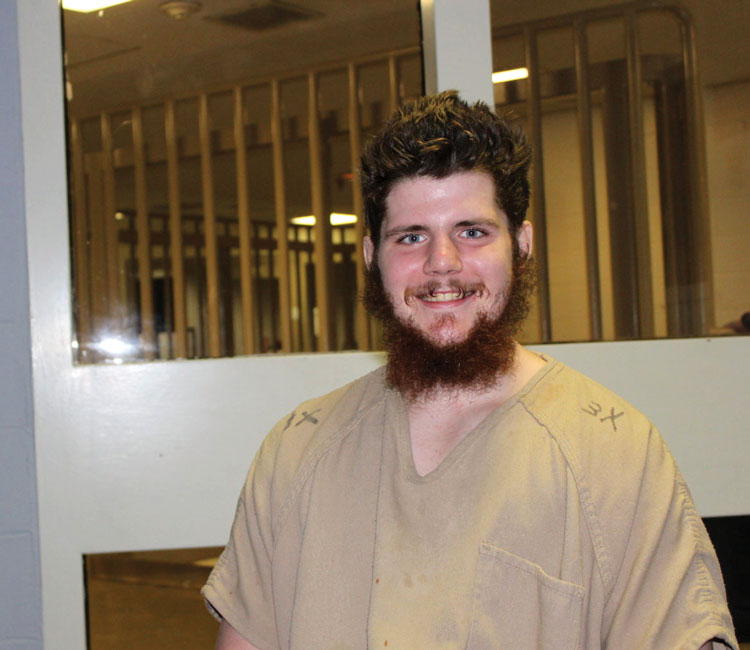 Andrew Butler at the Secure Psychiatric Unit in the New Hampshire State Prison for Men in Concord. Photo by Nancy West, InDepthNH.org

But Andrew continued to change, and in January he tried to punch his father during a visit. “I could look in his eyes and could tell that he was not really there,” Doug Butler says.

Others in the hospital saw the attempted hit, and Andrew was labeled a danger to himself and others. He was transferred to the 60-bed secure psychiatric unit of the New Hampshire State Prison for Men, known as the SPU, the only facility in the state available to handle patients needing higher-level care. He and his father were told it would be temporary. “It felt out of my control,” Doug Butler says. “I was his guardian then, but they would not let me see him until I signed papers to send him there. On the papers, though, it didn’t say just two weeks. There was no time limit stated.”

There, Andrew was issued the same kind of jumpsuit as a convicted criminal and was assigned an inmate number. Andrew, then 21 years old, was held with pretrial detainees, those not competent to stand trial and those found not guilty by reason of insanity.

“When you move someone from the hospital to the SPU, you are transferring them from the Department of Health and Human Services to the Department of Corrections,” says New Hampshire State Rep. Robert Renny Cushing, a Democrat who sits on the state’s Criminal Justice and Public Safety Committee. “That is the moment you criminalize someone with mental illness who has done nothing wrong.”

Frankie Berger, director of advocacy at the nonprofit Treatment Advocacy Center in Arlington, Virginia, says it’s clear that New Hampshire doesn’t want to cover the cost of securing a part of its state hospital. “That’s what this comes down to—money,” Berger says. 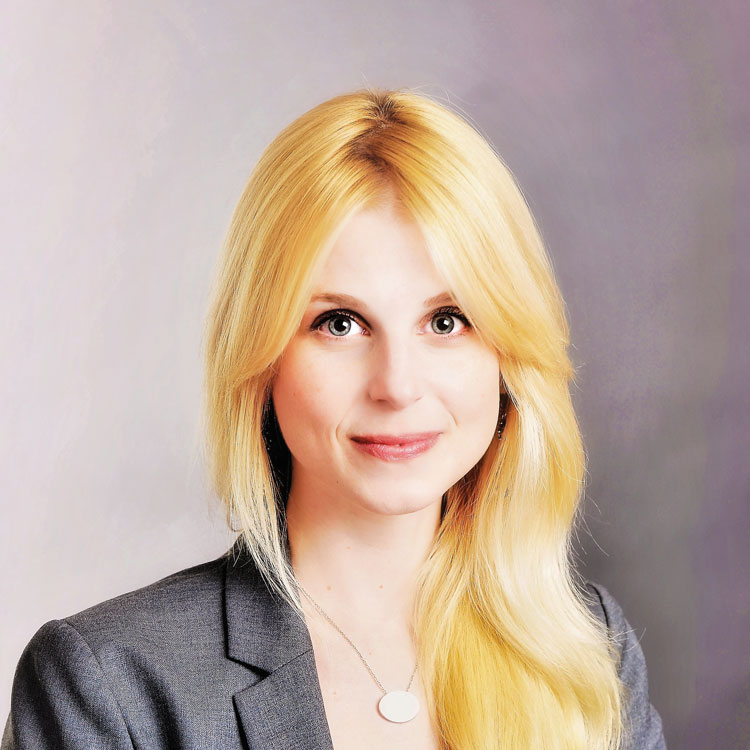 At the SPU, Andrew was given Depakote, typically used for bipolar disorder. He was not allowed to take certain other medications because of their high street value, which could lead to theft by inmates within the prison walls. He was held in solitary confinement for 23 hours per day, guarded by corrections officers. Group therapy was held in 4- by 10-foot metal cages. His father’s guardianship was taken away.

Although its beds are used for mental health patients, the SPU is not an accredited mental health facility. Although he was being held in a maximum-security prison, Andrew was never charged with a crime. Although Andrew was told the transfer was temporary, his father says he was told Andrew might stay in the prison the rest of his life.

“It was four months later that they said he could be there for the rest of his life. I was outraged, sure,” Doug Butler says. “Everything was done under duress, and they took advantage of it, and they kept him in the goddamned prison.”

Andrew Butler’s case went to U.S. District Court in Concord where his lawyer requested he be transferred out of prison to a psychiatric facility. It is one of the latest cases in a long-standing but quiet battle in New Hampshire centered on using state prison beds for mental health patients in crisis who have not been charged with any crimes.

In either case, those with mental health problems are being held in facilities normally reserved for criminal defendants and convicted criminals when no other facility is ready or willing to take them. And in both cases, some say these practices fly in the face of the U.S. Constitution.

“What is happening in New Hampshire is at the top of the list of unacceptable things I’ve seen in my work—and I’ve seen a lot,” the Treatment Advocacy Center’s Berger says. “When you tell people that this is happening and it is real, you’re met with bafflement and disbelief. And it is so much worse than it appears at first blush. It’s baffling, just baffling.”

Advocates around the country are calling for the end of using all levels of correctional facility beds for mental health treatment. Recently, Colorado overhauled its system, ending the practice of putting patients in jails by building up support systems around the state. But in New Hampshire, only a few of the state’s 424 legislators are taking on the issue, making it an uphill battle.

To extract Andrew from the prison’s psychiatric unit, his father contacted Sandra Bloomenthal, a Nashua, New Hampshire, attorney. In April, she filed a petition in the U.S. District Court for a writ of habeas corpus against the state for unconstitutionally imprisoning Andrew—a civilly committed patient in need of psychiatric care—in the men’s prison. The petition called for Andrew’s immediate release because of civil rights violations. 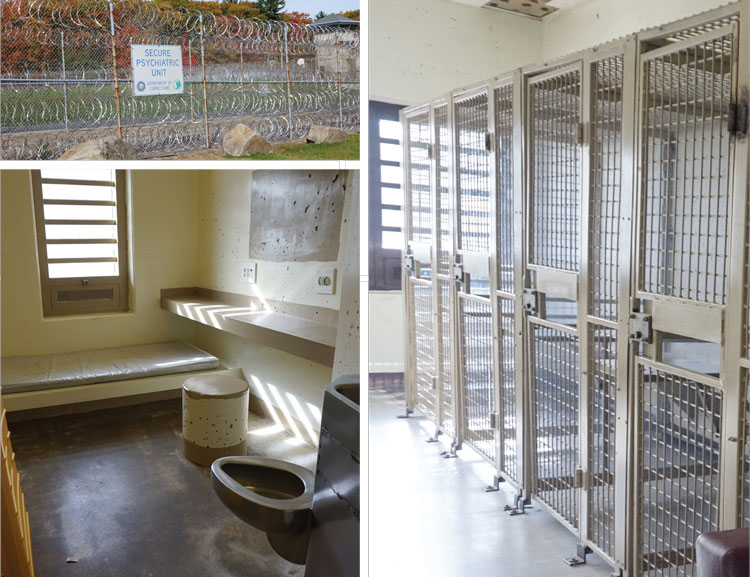 The Secure Psychiatric Unit of the State Prison for Men in Concord, New Hampshire: Top left shows the prison fencing outside the unit. Below left is a typical cell at the SPU. At right are metal booths where some mentally ill patients receive group therapy. Photos by Nancy West, InDepthNH.org

In a later statement to the court, she wrote, “Andrew Butler is stripped of his basic fundamental constitutional rights by his incarceration. His present need for secure psychiatric care is not at issue. At issue is Andrew Butler’s cruel treatment and false imprisonment in a nonaccredited and nonlicensed facility, which is prison and not a hospital.”

The suit caught the attention of local activists, who held rallies and marches for Andrew’s release. “These patients are having a prisoner experience, not a recovery experience,” says activist Beatrice Coulter, a registered nurse who worked at the SPU for five days before quitting and who is co-founder of Advocates for Ethical Mental Health Treatment. “There is a terrible blurring of the mental health world and the corrections world. It’s an awful hybrid of treatment that the state is passing off as legal.”

States from New Hampshire to Colorado to Texas are dealing with the long-lasting and wide-ranging fallout from the 1980s-era moves to end the practice of warehousing people with mental illness in large state hospitals, known as deinstitutionalization. The goal of taking away federal support from these institutions was to create new smaller community centers to provide support. However, most of those centers have never materialized, forcing many people with mental illness to live without psychiatric care.

Since deinstitutionalization, the number of psychiatric beds has continued to fall. In 2016, an estimated 10.4 million American adults lived with a serious mental illness, according to the National Institute of Mental Health. That same year, the number of state and county psychiatric beds hit 37,769, down from its peak of 559,000 beds in 1955, according to the Treatment Advocacy Center. That means emergency rooms are backed up with patients waiting for psychiatric beds that stay full because there is no community program to support the patients when they are discharged.

“What we’ve done is made our jails and prisons the new mental health institutions,” says Moe Keller, director of advocacy at Mental Health Colorado and a former Colorado state legislator. “This is the 21st century in the United States of America. And this is the best we can do?”

This article was published in the January/February 2019 issue of the ABA Journal under the headline: "Breakdown: Prisons, jails house mental health patients who've committed no crimes"