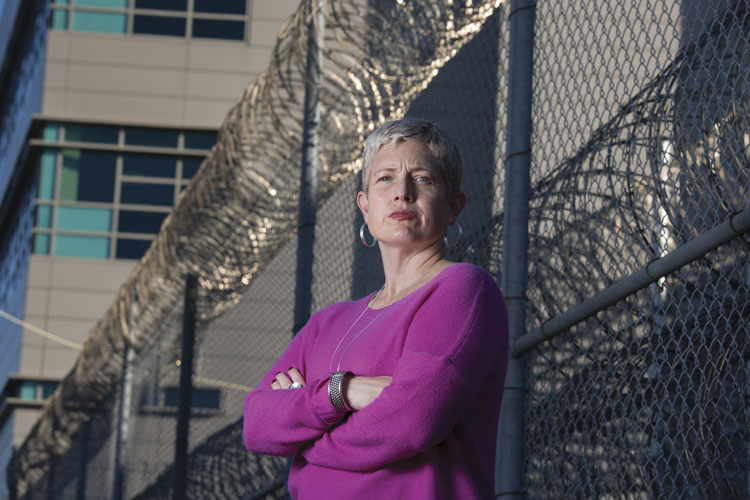 Lisa Graybill: "We weren't entirely prepared for the volume or the energy." Photo by Kathy Anderson Photography

When Lisa Graybill organized a rally for criminal justice reform at the Louisiana Capitol in April, she was expecting maybe 300 people. Twice that many showed up.

“I haven’t seen anything like that, and I’ve been doing civil rights advocacy for almost 20 years now,” says Graybill, who helped organize the day as part of a coalition called Louisianans for Prison Alternatives, a project of the Southern Poverty Law Center. “We ran out of T-shirts. … We weren’t entirely prepared for the volume or the energy.”

A lot of that support, Graybill believes, came from people who have personal experience with Louisiana’s prison policies. As of 2015, Louisiana—a state that went to the Republicans in the last five presidential elections—had the dubious distinction of incarcerating more people than not only any other state (according to the Bureau of Justice Statistics) but also any nation (according to the UK’s Institute for Criminal Policy Research). More than other Americans, Louisianans are personally affected by imprisonment, or they know someone who is.

“The upside, if you can call it that, to being the world’s leading incarceration state is that you’ve got a whole lot of pissed-off people,” says Will Harrell, former Southern regional director of the American Civil Liberties Union’s National Campaign for Smart Justice. “It’s hard to find someone in Louisiana not either directly or closely indirectly impacted by the carceral policies of that state.”

Putting that many people in prison is also expensive. In 2015, Louisiana had a $1.6 billion budget gap—so much that the state government wasn’t sure it could afford its 2016 presidential primary election. The same year, the corrections budget was $622 million, nearly $200M more than similarly populated Alabama and South Carolina. And all that spending wasn’t lowering crime; FBI statistics say Louisiana had the nation’s highest murder rate in 2015.

So when Democrat John Bel Edwards won the governor’s office, he promised he’d make criminal justice reform a centerpiece of his term—and won support from the majority-Republican state legislature. In June, Edwards signed a package of 10 bills that is expected to reduce the prison population by 10 percent, and the parole and probation population by 12 percent over 10 years. The state estimates the bills will save $252 million, about 70 percent of which will be plowed back into programs designed to prevent crime. In this way, the state hopes to promote public safety, save money and give former offenders a chance to be full members of society.

Around that same time, the federal government signaled a reversal of Obama-era criminal justice reform; President Donald J. Trump told an assembly of police officers: “Please, don’t be too nice” when transporting suspects; and Attorney General Jeff Sessions increased prosecutors’ use of mandatory minimums (See “Jeff’s Law,” October). Meanwhile, states have gone, often with great enthusiasm, in the opposite direction. Adam Gelb, director of the Pew Charitable Trusts’ Public Safety Performance Project, says 36 states have enacted some kind of criminal justice reform—eight of them more than once—over the past 10 years.

And although those reforms can be a struggle to get through legislatures, they tend to win approval—even in “red” states such as Louisiana—because they have bipartisan support. They bring together legislators with diverse backgrounds and interests, including controlling crime, reducing corrections costs, embracing religious ideas about redemption, reducing the size of government, grappling with the effect of imprisonment on families and minority communities, and questioning the morality of locking up so many people.

“The reason that it is so bipartisan and cross branch is that it meets many objectives,” says Alison Lawrence, Criminal Justice Program director for the National Conference of State Legislatures. “I would say behind all of it, everybody cares about public safety, and that’s the underlying factor.” 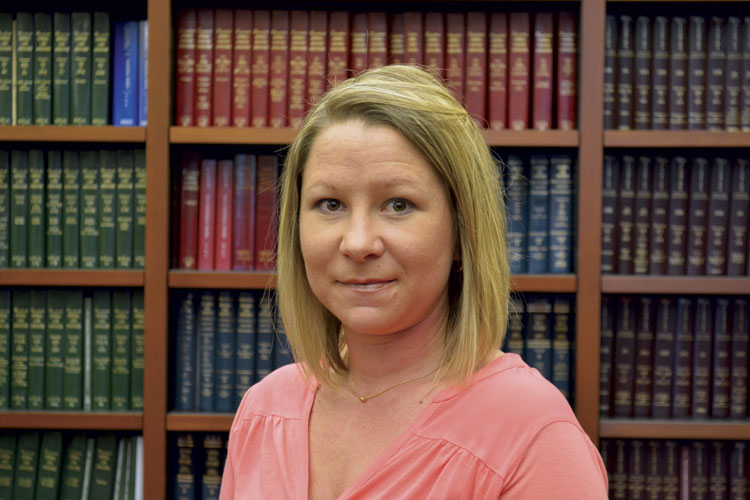 Alison Lawrence: “The reason that it is so bipartisan and cross branch is that it meets many objectives.” Photo courtesy of the National Conference of State Legislatures.

Louisiana is part of a nationwide movement toward justice reinvestment—policies aimed at simultaneously reducing crime and reining in corrections spending, while still holding offenders accountable. Gelb calls those goals “our holy trinity.”

“The real goal is to improve the performance of the corrections system or to achieve a better public safety return on corrections spending,” he says.

According to the Urban Institute, which studies the outcomes of justice reinvestment, achieving a better return can be met in several ways. Reducing sentences, in a thoughtful and politically palatable way, is one component. But so are reducing the number of people held in lieu of bail and the time they’re held, expanding eligibility for parole and other ways to be released from prison, and providing alternatives to prison for probation and parole violations.

By reducing the number of prisoners, states save money—often hundreds of millions of dollars. Then, states “reinvest” some of that money in programs they believe will reduce crime, and therefore the need for prisons. That includes prison-based re-entry or job training programs, more probation and parole officers, and grants to community groups that help with re-entry-related problems like mental health and substance abuse. States may also lift the legal restrictions they place on former offenders, such as eligibility for professional licenses.

States are receptive, Gelb says, in part because they’ve seen the success of earlier adopters—especially Texas, which is the widely acknowledged godfather of justice reinvestment. In 2007, the Texas Department of Public Safety, which handles corrections, anticipated that it would need 14,000 to 17,000 more prison beds over the next five years. So it asked the legislature for $2 billion. Legislators blanched at that cost and instead tried to make the new prison beds unnecessary by spending $241 million on behavioral health and alternative sanctions programs.

Ten years—and several more bills—later, Texas has actually closed several prisons. State authorities estimate that Texas has reduced its incarceration rate by 20 percent and its crime rate by 30 percent, all while avoiding $4 billion in costs. It’s also become a model for other states, particularly its Southern neighbors. Harrell, now director of the justice reform consultancy the Justice Collaborative, says they’re particularly impressed because Texas has a long-standing reputation for toughness on crime.

“When I walk into the state of Alabama legislature, or Mississippi, they could care less what’s happening in California or New York—or any blue state, for that matter. But I can make reference to Texas,” he says. “The sentiment is that ‘Well, if it’s OK in Texas, it can be OK here.’ ”

Although Texas is an outlier in some ways, other states have seen similar results. Pew’s research says South Carolina’s 2010 reforms dropped the state’s prison population by 14 percent as of 2016, allowing it to close six prisons and avoid building new ones. The prison closures and related efforts saved the state $491 million in that period. Meanwhile, its crime rate dropped 16 percent, which reformers believe is at least partly from reforms like rehabilitation programs and increased ability to work after a conviction.

The following year, 2011, North Carolina adopted reforms that dropped returns to prison by 14 percent over two years and probation revocations by 50 percent over four years, all while crime dropped 11 percent in two years. (Crime also dropped nationally in that period, Pew notes.) Georgia, which has enacted multiple rounds of reforms, changed its juvenile system in 2013 to reduce its emphasis on out-of-home placements. That nearly halved the number of kids committed to the state Department of Juvenile Justice.

That record is one reason states are receptive, Gelb says. Another is that there’s research showing that alternatives to incarceration can work—by, for example, limiting the legal consequences of conviction that can make it harder to find a job and drive defendants back to crime. That information wasn’t available in the 1980s and ’90s, when some of the toughest sentencing laws were passed.

There’s also more widespread conservative support for criminal justice reform than there was in those decades, Gelb says. Groups such as Right on Crime—and a major funder, prominent Republican donors the Koch brothers—have for several years been making the conservative case for justice reform, which they say promotes employment and intact families while saving public money. These days, conservatives are less likely to be attacked for supporting reform.

And then there’s money, which “you’d have to be naive to dismiss entirely,” Gelb says. “But our perception really is that budget issues get people to the table, but they’re not the meal.”