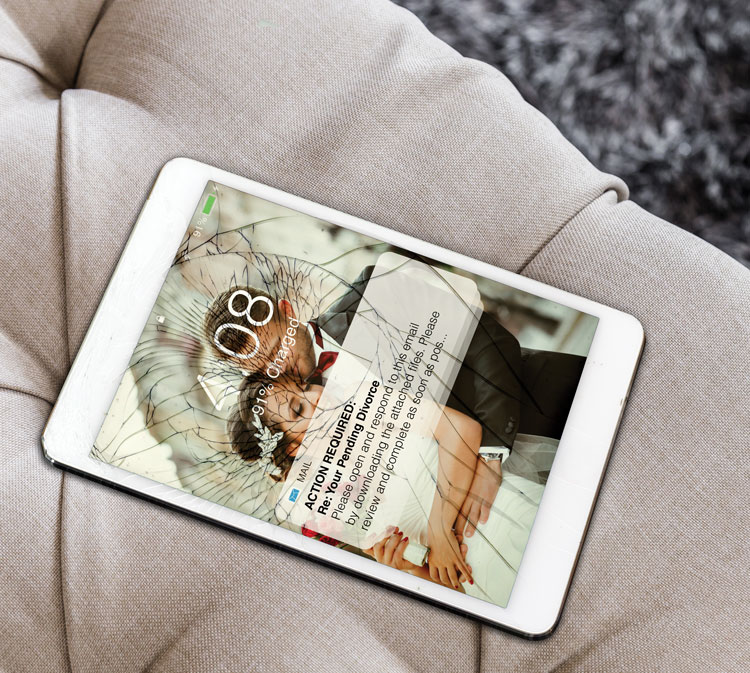 Parvin Lilley, a caregiver for seniors in Concord, California, tried to file her own papers for her divorce twice.

Lacking the money to hire a divorce attorney, Lilley didn’t think she had any options remaining. Then she discovered Hello Divorce, an online platform for divorce in California with flat fees, such as $500 per month to prepare and file forms. “After just one round of going through their questions and following the Divorce Navigator, my divorce was processed,” she says. “I wish I had used Hello Divorce sooner.”

Divorces can drag on for months if not years—and the attorney fees rack up quickly. So it’s no surprise that automated, DIY and flat-fee divorce services have popped up in recent years. Companies including Divorceify, Hello Divorce and Wevorce purport to simplify the process by using tech to automate document production; providing resources for custodial issues, financial planning and housing; and offering counseling and hand-holding.

“As technology progresses, more and more companies are providing consumers with do-it-yourself options when it comes to things like divorces, estate planning or business formation,” says Marie Oates, a partner at The Hive Law in Atlanta. “With this, people are able to opt out of paying attorney fees and be more in control.”

For example, Hello Divorce was launched in 2017 as part of a law firm, and it offered instructional videos, DIY templates, legal coaching and paralegal help. In 2019, Hello Divorce became a nonlaw corporation that offers free tools and resources, a DIY divorce through templates and videos and access to legal coaches who can answer questions and review documents. If users want or need legal coaching, they can access, purchase and schedule time with a lawyer through the platform. That lawyer then works within the Hello Divorce platform so the user doesn’t have to start over with intake with a new lawyer or service.

All fees—whether subscription-based or fixed-rate—average a total of about $1,500 on Hello Divorce, and 90% of its paid users complete the divorce via the platform or services.

On the flip side, traditional divorce attorney fees can range from $100 to $450 per hour, with an average of $275 per hour, according to Divorce magazine. The actual divorce can range greatly in pricing, from about $8,000 to more than $130,000 depending on its complexity.

From free to paid users

“Sometimes, couples will work with a mediator to resolve one or two issues, but then they return to Hello Divorce to prepare and process paperwork,” says Erin Levine, the Oakland, California-based owner of Levine Family Group, and CEO and founder of Hello Divorce.

Hello Divorce has only had about 1,000 users and just over 100 paid users, though they say that they’re gaining users every month. “Most of our users are free users, but many convert to paying customers,” says Levine, who notes that from mid-April to mid-May, the platform had approximately 100 sign-ups with 29 becoming paying customers.

At Divorceify, clients fill out a form before being matched to vetted pros from the company’s network. Each professional offers services ranging from mediation to litigation—ideally, the client wouldn’t pay for anything more than they need. Divorceify also offers resources and clickable tools such as budget worksheets, pet custody planning and parenting calendars.

Ariella Deutsch, an associate at Goldweber Epstein, is one of the divorce attorneys in New York City who works with Divorceify.

She says Divorceify gives prospective clients information about an attorney’s pricing and practice style that they would not otherwise have without a paid consultation.

“By laying out the options, Divorceify encourages people to think more deeply about how they want their divorce to go, how much they’re willing to pay to fight and what qualities they are most looking for in an attorney,” Deutsch says.

These automated divorce companies are, at best, modern versions of the attorney referral service, says Peter Walzer, president of the American Academy of Matrimonial Lawyers and founding partner of Walzer Melcher family law firm in Los Angeles. Their services generally meet the needs of lower-income consumers who phone an operator to get the names of attorneys—and these companies match them with attorneys who pay to be listed.

“A consumer is not necessarily getting the most qualified attorney or an expert in the field,” Walzer says. “They are getting a list produced by an algorithm that matches them to attorneys.”

But do these divorce services work? And how are they changing the divorce paradigm?

When a divorce is simple: no children, agreement on assets, etc.—then there may be no reason to contact a divorce attorney, says Lisa Marie Bustos, of Bustos Family Law in Austin, Texas. In fact, Bustos says, sometimes a potential client’s case is relatively simple, and the cost of going to a divorce attorney outweighs the benefits.

“Most of the time, clients who agree on every aspect of a case won’t even call a divorce attorney,” Bustos says. “Instead, they’ll use free public forms to complete the process.”

It can get complicated

The key: These services should only be used for an uncontested divorce, says Richard Hathaway of the Hathaway Law Group in Omaha, Nebraska. A traditional divorce attorney is able to identify the ideal method for each couple, which can range from negotiation, mediation, collaboration or litigation—and an app is not equipped to do this, Hathaway says. Those fearing high legal fees who already understand how they want to divide everything may be able to go this route to save money, however.

But, Hathaway says, it’s not always as simple or as inexpensive as it originally appears.

“Many apps are self-directed, or you incur additional fees if you need guidance from a paralegal or contract attorney within the app’s network,” Hathaway says. “This sometimes leads to wasted fees, because after paying for and becoming frustrated with the application, the person then decides to hire a local divorce attorney.”

Unless your divorce is uncontested and you have already divided your property, determined what parenting plan works best for you and your children and resolved any other issue you may have, you may be disappointed with a one-size-fits-all model, he says.

Another issue with the automated divorce services is that some couples may believe that their divorce will be simple—but they don’t anticipate everything that should be addressed and negotiated, such as distribution of retirement assets, debt, appropriate amounts of support and more.

“Certainly, free divorce software may sound tempting to some, but there is far more entailed than filling out paperwork,” says Galit Moskowitz, family law attorney with Moskowitz Law Group in New Jersey. “At the end of the day, many people learn the hard way that it is more cost-effective and beneficial to retain a skilled attorney to guide them through uncharted territories.”

The attorney would ask key questions such as: Do you have terms to refinance the home so that it’s in the sole owner’s name? Are property taxes paid up? If not, who is going to pay them? Do the titles properly transfer the house?

“You would be surprised at how many self-made divorce decrees I’ve seen that award a home to a spouse, but deeds were never executed and transferred to the home,” Bustos says.

This article was published in the July-August 2019 ABA Journal magazine with the title "DIY divorce: Apps and services promising to make divorce easier and cheaper have grown in popularity—but do they deliver?"