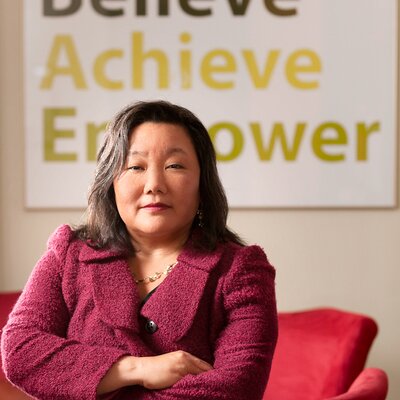 As courtrooms specializing in girls’ cases crop up around the country, the U.S. Department of Justice is examining whether they actually work.

Since the early 2000s, an estimated 20 specialty girls’ courts have been created nationwide, though these gender-specific courts mean different things in different places. Sometimes it’s simply a docket dedicated to cases for girls. Others specialize in linking young female defendants with social services. There are even courts that hear only sex trafficking cases.

The major concern is whether these courts are bringing more girls into the system and keeping them in detention and in prison longer or offering alternatives to incarceration.

The researchers are meeting with judges around the country, including Jennifer L. Ching, presiding judge of the Hawaii Girls Court. Established in 2004 as part of the Family Court of the First Circuit in Honolulu, it’s one of the country’s first such courts. It focuses on girls brought in on status charges, such as running away, skipping school or breaking curfew.

Girls form a group, or cohort, and their monthly court dates are held on the same day. Together, they participate in mandated activities, such as community service and family counseling, which keeps the girls in touch with court staff at least once a week. Other cohort activities have included visits to Haleakala National Park on Maui and surfing programs with mentors.

Meanwhile, in California’s Alameda County,  the 4-year-old girls’ court aims to serve as a safety net for underaged girls arrested for prostitution or for acting on orders from an exploiter. The program links them with partners that include the public defender’s office, the district attorney’s office, county social services, probation officers and a host of community agencies and therapists.

The idea is to holistically treat them. “We ask: Are you in school? Are you being exploited at home? Does someone in the family have mental illness?” says Barbara Dickinson, Alameda County assistant public defender and supervising attorney for the juvenile unit.

On their court date, the girls and their families are brought in one at a time and greeted by all of the partners in court. “Virtually everyone says out loud, ‘My goal is to get you off probation and keep the record sealed,’ ” Dickinson says.

All girls’ courts are well-intentioned, but they are not always proven effective, says Francine Sherman, a clinical associate professor at Boston College Law School. “We have to have evidence-based practices with some data supporting if they are helpful behind them.”