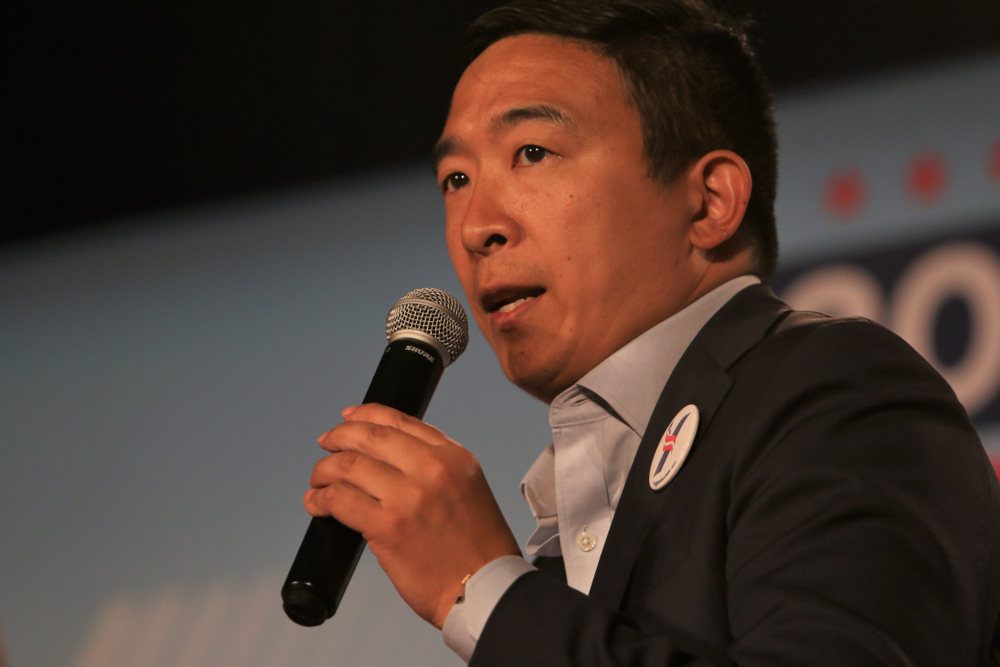 Democratic presidential candidate Andrew Yang left Davis Polk & Wardwell in 2000 after spending only five months as an associate. He had scored 178 out of 180 on the LSAT and attended Columbia Law School before joining the law firm, but he soon realized he wanted to build his own company. His first ventures didn’t fare as well as a business school test-prep company that he sold in 2009 for a price “in the low millions.” (The Washington Post)

U.S. District Judge Myron Thompson on Tuesday blocked an Alabama law that bans nearly all abortions. The law makes an exception only for cases in which the mother’s life is in danger or when the fetus would die shortly after birth. Alabama Attorney General Steve Marshall said the state hopes to advance the case to the U.S. Supreme Court in a bid to overturn Roe v. Wade. (The New York Times, the Associated Press, the Oct. 29 decision)

Don’t call retired Justice Anthony M. Kennedy a swing voter. He says his U.S. Supreme Court decisions were marked by philosophical constancy. “The cases swing,” he said Saturday in Philadelphia. “I don’t.” Kennedy made the same quip in an appearance at Harvard Law School in 2015. (Law360)

9th Circuit revives copyright suit over lyrics to ‘Shake It Off’

The 9th U.S. Circuit Court of Appeals has revived a copyright suit claiming Taylor Swift stole the lyrics for the “Players gonna play … and the haters gonna hate” chorus in her song “Shake It Off.” A federal judge had ruled that “combining two truisms about playas and haters” was not enough to merit copyright protection. The 9th Circuit said originality is usually a question of fact and the lower court had “constituted itself as the final judge of the worth of an expressive work.” (Law360, the Hollywood Reporter, the Oct. 28 decision)