Hired Gun: Making Full-Time Work Out of Bits and Pieces 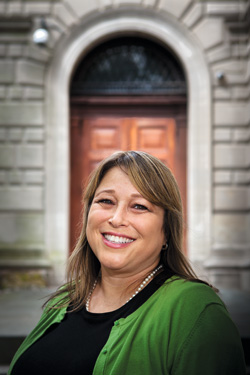 Eve Newman has figured out how to make a lucrative practice out of overflow work from other firms. For more than a decade, the New York City solo has exclusively handled excess work for other lawyers. Focusing on personal injury matters, she has developed a reputation as the go-to source for everything from court appearances to depositions when the client’s regular lawyer can’t make it. She represents both plaintiffs and defendants.

“It runs the gamut—hearings, arguing motions, conferences,” says Newman, who in a typical week may handle as many as 80 cases. “Whatever someone needs me to do, I’ll do it.”

Such a frenetic schedule can be grueling, Newman admits. Her earliest experiences as a per diem attorney found her on the subway shuttling from one New York City courthouse to the next. These days, she stays mostly on the borough of Staten Island, where her office and most of her cases are located.

“Now it’s like a life of luxury because I’m in one place,” jokes Newman, who initially chose this style of practice for the flexibility it afforded. Her first clients came from extensive networking. She handed out cards at bar association dinners, in between court appearances and anywhere else she thought a connection could lead to an eventual call. “I spoke to everybody I knew.”

Other lawyers opt to take so-called per diem work to fill in the gaps when their mainstay business slows, or while they’re building up their own practice. Regardless of motivation, it seems the economic downturn and resulting lack of law firm hiring have worked to the advantage of these catchall practitioners.

“It’s a national issue; it may be more prevalent in major cities like LA, New York and Chicago, but it’s all over the country,” says attorney and law firm consultant Edward Poll of Venice, Calif. He cautions that for many, per diem work may not be a sustainable business model. It also carries considerable risk, as “that lawyer takes on any and every malpractice characteristic of that [contracting] law firm in that particular case,” he says.

There are other downsides, including a 24/7 readiness to step in at a moment’s notice, as well as derisive attitudes from opposing counsel who view per diem lawyers as hired guns with little knowledge of the cases they represent.

But Newman, who prides herself on handling each matter as if it were her own, remains undeterred. She says her work affords her “a very good living” that is double what she made working for a personal injury firm.

On a typical day, she spends the morning in court, often fielding last-minute requests from a client roster of more than 200 firms. She usually doesn’t bill hourly, but instead charges $100 to $150 for a typical appearance.

Newman has become a model of efficiency, able to set up a virtual office almost anywhere, including sidewalk cafes and the courthouse, where ample downtime is spent keeping up with email on her iPad and logging copious notes in the old-fashioned marbled school notebooks that she swears by.

She spends the latter part of the day in a home office, handling paperwork, often well past the dinner hour.

“I’m a control freak, and that’s why this is so perfect,” Newman says.

Her clients appreciate the meticulous approach.

Says Howard Raphaelson of the New York City-based personal injury firm Raphaelson & Levine: “When she’s in court, she represents our clients the same way the attorneys in our office would. She’s in and out of the courtroom on a daily basis and has strong relationships with all the court personnel.”