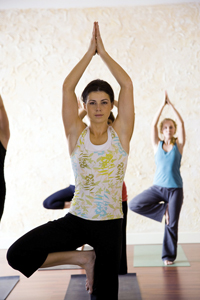 Yoga instructors are more likely to conjure up the image of a free spirit than that of a bureaucrat. But as the ancient Indian discipline continues to grow in popularity, many states are cracking down on yoga instructors.

Some 21 states have started to regulate the instructors who train other yoga teachers, forcing onto these yogis some very heavy requirements, including fees and paperwork.

The latest battle to heat up between yogi and regulator is in Virginia where, last year, yoga teacher training schools began receiving some very un-Zen-like edicts from the state’s Council of Higher Education. The council is the state agency that regulates, among other things, vocational training programs.

The council maintains that under a change in state law in 2004, yoga teacher training schools are vocational training programs and need to be certified as such. The application for certification requires yoga schools to pay a $2,500 fee, provide a surety instrument in an amount equal to the tuition they collect, and submit a variety of documents to substantiate their business, teaching methods and educational resources.

Certification is discretionary. Once a school is certified, annual fees and filings are required.

“The reason you need to be certified is because students were getting ripped off,” says council spokeswoman Kirsten Nelson. “We didn’t ask for this change, but we consider this an extremely important function.”

A group of Virginia yoga teacher trainers disagree, and last December they took the unusual step of filing a civil rights lawsuit in the Eastern District of Virginia, claiming the law violates their First Amendment rights.

“It’s just a student and teacher talking about how to be a good yoga instructor. I can’t think of anything that’s more speech than that,” says Robert Frommer, who represents the yoga teacher plaintiffs on behalf of the libertarian Institute for Justice.

Other Virginia yogis are taking a more peaceful path that proved successful in other states, including, most recently, New York. Last year New York also tried to regulate yoga teacher training schools, demanding that they abide by the state laws that govern other vocational schools, such as beauty and truck driving schools.

Yogis around the state banded together in opposition to New York’s attempted regulation, and the state backed down. A similar tactic in Michigan, however, failed last year.

Virginia yogis are pressing on. In addition to their lawsuit they’ve enlisted the help of state legislator David Bulova.

Bulova has introduced legislation to exempt yoga teacher training courses from the regulation. He believes the regulation is redundant, noting that consumer protection laws give unhappy yoga students recourse against any flaky yoga trainers.

Frommer is concerned that any type of legislative fix may leave his case’s First Amendment issues unresolved.

“While we would welcome a bill that unconditionally exempted yoga teacher trainers from the regulations, we also brought suit to vindicate the broader idea that the government must have a powerful justification, based on real evidence, before it may stifle speech,” Frommer says.

“Making a strong statement in favor of the First Amendment is something that courts, not legislatures, are equipped to do.”