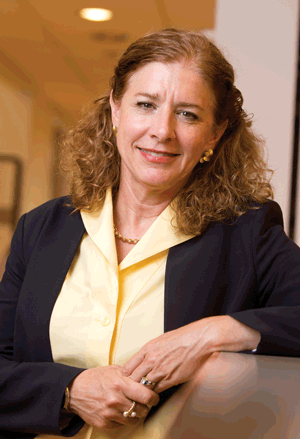 Untangling bad legal advice, especially when it’s given by someone who isn’t a lawyer, is a difficult task, particularly if the faulty information comes from a person the client trusts, such as a social worker.

“I’ve always thought that social workers should have at least some acquaintance with the legal landscape about government benefits because they’re on the front line with patients and their families,” says David A. Cutner, a name partner with New York City’s Lamson & Cutner. His law firm, which handles elder law issues, is one of two registered with the New York State Education Department to provide law-focused continuing education credits for social workers.

“Like it or not, they’re giving people advice or direction,” Cutner says. “And when they have the wrong understanding of legal issues or legal requirements, I’ve seen some very concrete examples of how problematic that can be.”

Since January 2015, New York state requires that licensed social workers complete 36 hours of continuing education every three years. The classes, which cost $40 to attend, last for two hours and give two credit hours toward the licensing requirements. A networking reception, with wine and cheese, follows the presentation.

“When I realized that social workers needed continuing education credits, it was the perfect fit,” says Cynthia P. Kuster, Lamson & Cutner’s director of institutional relations. She previously organized similar seminars for nursing home and hospital staffs and filed an application with the New York State Education Department for continuing education certification. That included submitting a description and course outline to the agency, as well as speaker credentials.

Lamson & Cutner advertises the courses on its website and in its newsletter, and the firm also sent invitations to social workers at New York hospitals and nursing homes. Kuster estimates that 150 social workers attended the courses, adding that some have sent the firm business.

“What I like about our courses is that a lot of social worker courses are soft, therapy-focused classes,” Kuster says. “Our classes offer really concrete advice they can use in their practices.”

“It was invalid under New York law,” Cutner says. “Even if it had complied with New York regulations, the scope of authority was so limited, it would have been useless anyway.”

The man’s children didn’t find that out until after he developed dementia and no longer had the mental capacity to sign off on a new power of attorney.

“The lack of a good power of attorney greatly complicated any planning we might have done to protect the parent,” he says. “Social workers should know that powers of attorney are complicated documents, and people should talk to attorneys about them.”

The course also focuses on advance directives, including paying for long-term care and Medicaid planning. According to Cutner, social workers and other health care professionals sometimes give families incorrect advice about a loved one qualifying for New York Medicaid, a government insurance program for people with high medical bills who are not covered by Medicare and who meet certain financial requirements. At that class, Lamson & Cutner attorneys address strategies covering topics such as eligibility and financial planning, including transferring assets and setting up a Medicaid trust.

“Many people think you have to spend down all your money because you’re going to a nursing home or need home care. Actually that’s not the case, and you want to do something to protect your money,” he says. “What we want social workers to take away from the course is that their patients have very good options. They shouldn’t be telling them that they’ll never qualify or they have too much income to qualify. That’s really bad advice.”

This article originally appeared in the October 2016 issue of the ABA Journal with this headline: “C-Other-E: Law firm helps social workers stay up to date.”