Be relevant and grow clientele by really using social media 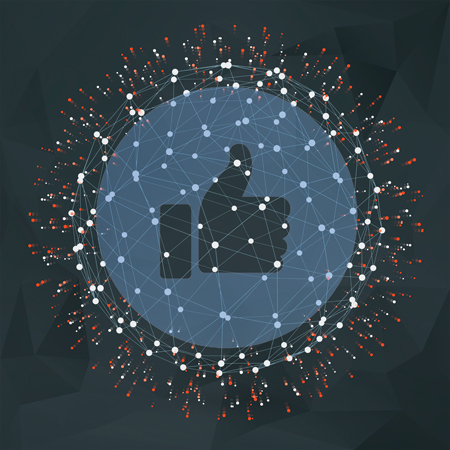 Eighty-one percent of people use social media to connect with one another, engage with news, share information and entertain themselves. This number is up from just 5 percent in 2005, and it includes the more educated and affluent at all age levels.

Not using social media is akin to being unconnected from the rest of the world. No internet. No email. No cellphone.

It’s saying: “I’m not looking to receive information from people I trust, to learn from a growing network of industry leaders or to achieve all I can by building a name for myself. Leave me alone.”

Whether it’s blogging, Twitter, Facebook or LinkedIn, lawyers are using social media, professionally and personally. Ethics rules are not an impediment.

Fred Headon, an assistant general counsel at Air Canada, told a Chicago audience of lawyers last fall that lawyers are making themselves irrelevant to most people by refusing to communicate like everyone else—on social media.

The only thing lawyers and legal associations talk about more than access to legal services is lawyers starving to get a job as a lawyer. This is at a time when getting a job and building a book of business has never been easier.

Having a strong name in a niche and building good relationships are how the best lawyers get work. You’ll not see these lawyers advertising or building websites to chase traffic and stats. The internet has not changed that. Relationships and reputation rule.

Utilizing social media is not about setting up a blog and starting to use LinkedIn, Facebook or Twitter. Do that and you’re just wasting your time.

Measure success not with traffic, clicks, hits, subscribers and followers. Measure success with the bottom line. What is my target for increased revenue as a result of relationships I will have developed and the name I’ll have built through social media?

Don’t sell yourself short. Many lawyers have increased their annual revenue by $1 million or more, some by $2 million to $4 million, through blogging and social media.

Social media, by name, is social. Social media is not a broadcast or distribution channel.

Law firms and marketers use social media as if it were television advertising: What can we push at people? How many people can we reach? How many followers can we get? Who’s looking at our stuff?

But the internet was invented as a communication medium, a medium where computers (people) could talk with one another. Social media is more conversation than marketing.

We’re not talking shotgun communication. Going where your audience of influencers, clients, prospective clients, referral sources and business associates are “hanging out” is the key. That room doesn’t exist until you frame it.

And once in that room: Listen, don’t shout.

Imagine going to a networking event with clients, prospective clients and influencers and shouting out “content” with a bullhorn. And having someone there with you running around shoving content into people’s pockets.

You’d have reached your target audience and achieved a high penetration rate of delivering content. But you’d look like a darn fool.

Listen. Just as you would offline: Listen first, engage second.

This article appeared in the August 2017 issue of the ABA Journal with the headline “Sociability Skills: Be relevant and grow clientele by really using social media"

Kevin O’Keefe, a 2009 ABA Journal Legal Rebel and a leading authority on the use of blogging and social media for professional and business development, is CEO of Seattle-based LexBlog, a managed platform for the law used by more than 15,000 lawyers worldwide.