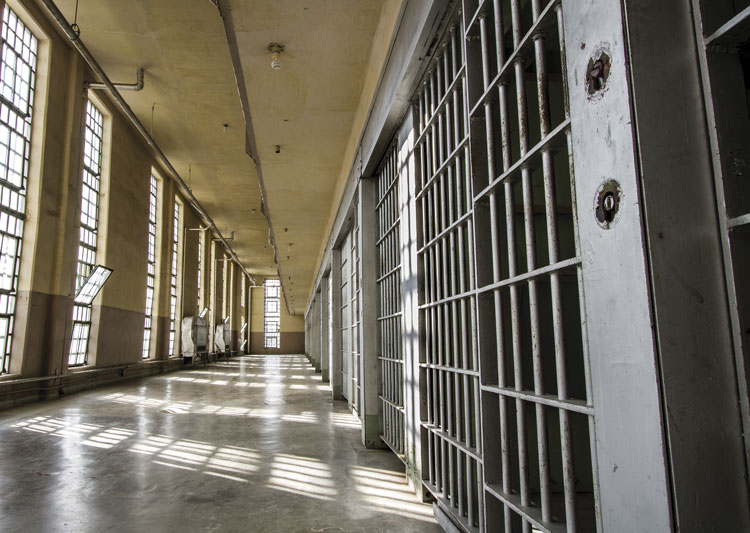 Edward Kenzakoski was 17 when he was caught in possession of drug paraphernalia. Unfortunately for Kenzakoski, he lived in Luzerne County, Pennsylvania, and landed before Judge Mark Ciavarella.

While a typical outcome for a juvenile in this situation was probation, Ciavarella sentenced Kenzakoski to a month at the privately operated PA Child Care detention center. Kenzakoski’s mother, Sandy Fonzo, says he came out of the experience angry and depressed, leading to two assault charges and more incarceration. In 2010, Kenzakoski committed suicide at age 23.

By then, Pennsylvanians knew something was wrong in the Luzerne County juvenile justice system. That same year, Ciavarella and one of his colleagues, Judge Michael Conahan, were federally indicted on charges they took $2.6 million in kickbacks from the developer of PA Child Care and another for-profit detention center. To fill those facilities, prosecutors said, they sent thousands of kids to detention for offenses as minor as making fun of a teacher online. Both judges and their co-conspirators were convicted. Ciavarella was sentenced to 28 years in prison, and the Pennsylvania Supreme Court vacated all the juvenile cases they handled.

On the day Ciavarella’s jury found him guilty, Fonzo rushed to the federal courthouse in Scranton, thinking she’d see the disgraced judge being led away in handcuffs. Instead, he walked out free pending sentencing, with his lawyer declaring: “This is not a ‘kids for cash’ case.”

“I’d like him to go to hell and rot there forever!” Fonzo yelled in a video that went viral. “Do you remember my son, an all-star wrestler? He’s gone! He shot himself in the heart! You scumbag!”

“Pretty much everything bad that can happen in prisons is more likely to happen in private prisons, due to their business model,” says Friedmann, who served 10 years in Tennessee lockups—six in a privately run facility—in the 1990s for armed robbery, attempted robbery and assault with intent to commit murder.

That’s a familiar claim from critics of the private prison industry. And in August 2016, the Department of Justice joined that chorus. Former Deputy Attorney General Sally Yates said the Bureau of Prisons would phase out the use of contract facilities, citing a report that found serious safety and security problems at the department’s contract prisons. (That decision didn’t affect the states, which use private prisons much more heavily.)

But her announcement came before President Donald J. Trump won the election. After taking office, he issued an executive order calling for the detention of more immigrants, most of whom are held in private prisons. Attorney General Jeff Sessions reversed Yates’ decision, saying private prisons were necessary to meet the DOJ’s future needs.

Those policies suggest that the federal government will increase its use of private prison contractors. Prison rights advocates are watching closely. “I’ve listened to the investor calls recently, and the investors are very, very enthusiastic about the prospect of making a lot more money from [federal] contracts,” says Carl Takei, staff attorney for the American Civil Liberties Union’s National Prison Project.

Almost all federal inmates in contract prisons are minimum-security, noncitizen males. According to Friedmann, that’s because they are the least expensive to incarcerate—they’re healthy and don’t need re-entry programs because they’ll be deported. That’s part of the business model he decries.

Another part is cutting costs in the easiest place: payroll. “They tend to pay their employees less, they provide fewer or less costly benefits, they provide less training, and they understaff,” Friedmann says.

Understaffing is a problem in public prisons too, because most are in rural areas, notes Lauren-Brooke Eisen, senior counsel at the Brennan Center for Justice at New York University and author of a forthcoming book on private prisons.

But Martin Horn, a former Pennsylvania secretary of corrections and commissioner of the New York City Department of Correction, believes understaffing is worse in private facilities. He also says lower compensation creates higher turnover, and private prisons tend to do less training. All of this leads to “a green and nervous staff” who “don’t know how to do their job,” says Horn, who teaches at the John Jay College of Criminal Justice.

That, he says, could explain the results of the DOJ’s August report by the Office of the Inspector General, which compared security incidents at private prisons with those in similar public facilities. The report found that private prisons had higher rates of assault by inmates; more than twice as many complaints about staff; eight times as many contraband cellphones confiscated; and 10 times as many lockdowns.

When OIG personnel visited three of the private prisons, they found that two were using solitary confinement units to house new arrivals—because the institutions were out of other beds. That’s inappropriate, Horn says. The United Nations has declared solitary a form of torture under certain circumstances.

Eisen says the problems all come down to a profit motive. “If you talk to [public] directors of corrections, they say, ‘I want to keep my prison population low.’ Private prison companies won’t say that,” she says. “Some of them are paid per inmate.”

This article appeared in the September 2017 issue of the ABA Journal with the headline “Prison Pays: Trump Administration reverses federal plans to phase out use of private facilities."