Law professor Erwin Chemerinsky is monitoring the case of Christian Legal Society v. Martinez with a keen eye. One reason is substantive: The case features a clash between the rights of schools to enforce their nondiscrimination policies and student religious groups’ rights of freedom of association. The U.S. Supreme Court is scheduled to hear arguments April 19.

“It is enormously important to law schools and law student groups and to universities,” says Chemerinsky of the University of California at Irvine.

Another reason is personal. As founding dean of the UC Irvine School of Law, which opened its doors last year, the case hits close to home—it involves the University of California’s Hastings College of the Law, up the coast in San Francisco. And it reaches into Chemerinsky’s office. “As a dean, I want every student group to be open to all students.”

For years Hastings has required all registered student groups to allow all students to participate, become members and hold leadership positions. At the end of the 2003-04 academic year, students with the Hastings Christian Fellowship sought to affiliate their group with the national Christian Legal Society.

The CLS requires members to sign a “statement of faith” and to follow the beliefs of the group, which forbids “unrepentant homosexual conduct.” In September 2004, school officials informed the student leaders of the society that their bylaws conflicted with the school’s nondiscrimination policy.

The CLS claims the school’s denial of official recognition violated the group’s constitutional rights, including a litany of First Amendment freedoms—freedom of speech, freedom of association, free exercise of religion and the establishment clause.

In an unpublished 2006 decision, a federal district court in California ruled in favor of the law school. The court wrote that it “finds that the nondiscrimination policy regulates conduct, not speech, because it affects what CLS must do if it wants to become a registered student organization—not engage in discrimination—not what CLS may or may not say regarding its beliefs on nonorthodox Christianity or homosexuality.”

The court reasoned that the law school did not directly infringe on the associative rights of the CLS but “merely placed conditions on using aspects of its campus as a forum and providing subsidies to organizations.” The 9th U.S. Circuit Court of Appeals at San Francisco affirmed in March 2009 in a two-sentence unpublished decision.

Although the case contained two unpublished decisions, the CLS gained Supreme Court review likely because the 9th Circuit ruling conflicts with Christian Legal Society v. Walker, the 2006 case in which the 7th Circuit at Chicago ruled that the University of Southern Illinois infringed on the society’s free-association rights.

“There can be little doubt that requiring CLS to make this change [in membership status] would impair its ability to express disapproval of active homosexuality,” the 7th Circuit wrote.

The Christian Legal Society and its supporters advance a host of First Amendment arguments, including that forcing the CLS to abide by the nondiscrimination policy infringes upon its free-association rights.

“I think this case couldn’t be more important,” says Eric C. Rassbach, national litigation director for the Becket Fund for Religious Liberty in Washington, D.C., which filed an amicus brief in support of the CLS. “It goes to the heart of freedom of association as applied to religious groups. Any group of people who get together for religious purposes will be affected by the outcome of this case.” 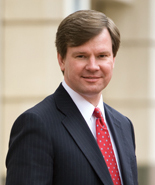 “The court has respected association rights, particularly where the choice of leaders and members affects the group’s message,” says Gregory Baylor, senior litigation counsel for the Alliance Defense Fund in D.C. and one of the attorneys representing the Christian Legal Society.

“When Hastings forces CLS to have an atheist lead a Bible study, it undoubtedly impairs CLS’s message. In our view, the Constitution protects the right of students to associate around shared beliefs,” Baylor says. “This is a right that other student groups at Hastings have and that they exercise. It is discriminatory for Hastings to deny that right to CLS while respecting it for other groups.”

Baylor adds that “Hastings is putting the rights of every student group in jeopardy. A win for CLS would be a win for all student groups.”

But others focus on the law school’s strong, compelling interest in combating discrimination across the board in a manner that does not restrict expression or belief based on content or viewpoint.

“I think that the law school has a content-neutral and viewpoint-neutral policy,” says Chemerinsky, a First Amendment expert who has argued before the Supreme Court. “All student groups must be available to all students. This applies to every student regardless of viewpoint.”

Supreme Court litigator Paul M. Smith of Jenner & Block in D.C. says, “I don’t think it would be terrible for schools to fund and recognize organizations that exclude students who don’t share their religious or political points of view.” Smith represents Hastings Outlaw, an intervening student group that advocates for gay, lesbian, bisexual and transgender students.

“But clearly a public college can’t be in the business of funding other kinds of discriminatory student clubs, such as a straight-guy club or a white-only club,” Smith says. “Once you allow some forms of discrimination, it’s difficult to draw a line. Moreover, a decision not to fund and recognize organizations that choose to limit themselves to like-minded people does not prevent students from forming such groups on their own. So I don’t think the content-neutral rule that Hastings has adopted imposes serious burdens on the freedom of association.”

(In mid-March, the ABA filed an amicus curiae brief.)

The CLS has pressed forward with its argument that Hastings’ enforcement of its nondiscrimination policy infringes on the society’s expressive-association rights. It asserts that a guiding precedent for the Supreme Court is its 2001 decision in Boy Scouts of America v. Dale, where the court ruled 5-4 that the Boy Scouts could exclude gay assistant scoutmaster James Dale, and that application of New Jersey’s public accommodations law infringed on the Boy Scouts’ free-association rights.

The court established that “forced inclusion of an unwanted person in a group infringes on the group’s freedom of expressive association if the presence of that person affects in a significant way the group’s ability to advocate public or private viewpoints.”

“A straightforward application of Dale will result in victory for CLS,” Baylor says. “We are pretty confident that the court will issue a ruling that Christian student groups can’t be forced to deny their faith, and that they must be treated equally.

“What made Dale challenging for the court was the question whether Dale’s presence as a scoutmaster would undermine the Boy Scouts’ mes sage. A similar problem does not exist in this case because it is obvious that having an atheist lead a Bible study would negatively affect and impact CLS’s message.”

Those supporting Hastings don’t see a parallel with Dale and don’t regard it as con trolling precedent. “I don’t think Dale controls because the school is not forcing any group to accept anyone,” Smith says. “It is simply deciding which kinds of organizations it wants to fund and officially recognize. Students can form whatever group they want, unaffected by the policy. The applicable case laws are those cases saying that government can impose content-neutral and reasonable limits on access to a public forum and can impose such limits as conditions on the receipt of public funds.”

One of those cases was another First Amendment decision that arose as part of law school policy. In 2006’s Rumsfeld v. Forum for Academic and Institutional Rights the court unanimously ruled that law schools’ First Amendment rights were not violated by a federal law that conditions federal funding on granting military recruiters access equal to that of other employers. The court rejected the law schools’ free-association challenge, noting that students and faculty could still associate together and voice disapproval of the military’s policy with respect to gays and lesbians.

Constitutional law experts say they would not be surprised by a deeply divided court. “I am 100 percent sure it will be a split decision,” Rassbach says.

“I think it is a close question,” Chemerinsky says. “On the one hand, Dale causes me to think it will be 5-4 for the Christian student group. On the other hand, this is about a university having a compelling interest in making sure that all student groups are available to all students. It is a different context than Dale, and that compelling interest might persuade a majority.”

Whatever the outcome, nearly everyone agrees that the decision will be important. “A ruling against CLS would give public educational institutions a green light to force student religious groups to deny their faith in order to be treated equally,” Baylor says, “and this would be a dramatic departure from what the First Amendment should mean and what the court has said it means in past decisions.”

David L. Hudson Jr. is a staff attorney with the First Amendment Center at Vanderbilt University in Nashville, Tenn.