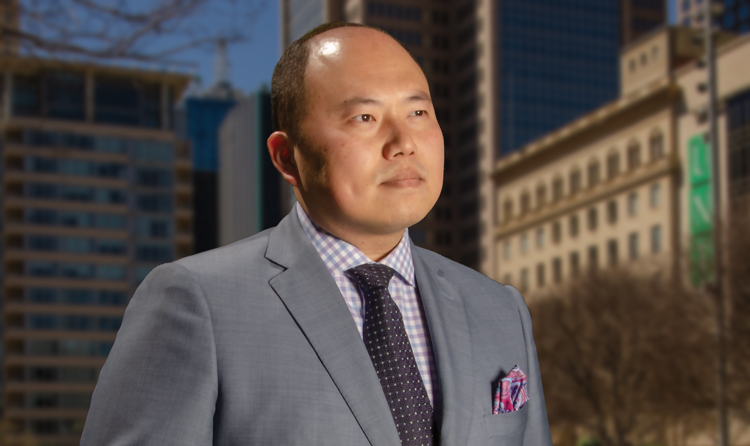 Jack Fan was scrolling through the Texas Legal Answers website one day when he came across a question about whether homebrew beer can be bartered.

Fan, a sole practitioner in Dallas who does estate planning, probate and family law, says his initial reaction was that he had no idea—but then he went down the rabbit hole of legal questions.

He looked up applicable state statutes, and after a few minutes of online research, responded to the person who posted the question. He advised that bartering nominal amounts of homebrew beer was acceptable,  but it shouldn’t become a primary source of income.

Fan also provided contact information for the Texas Alcoholic Beverage Commission, so the poster could confirm his interpretation of the law.

“Some people ask some really bizarre questions from left field, but I go and start researching,” he says. “It makes me a better lawyer, being more knowledgeable.”

According to the ABA Standing Committee on Pro Bono and Public Service, which annually recognizes attorneys who provide extraordinary pro bono services through Free Legal Answers, Fan has answered more questions than any other attorney in the country. In 2018, he responded to nearly 1,100 of them.

“Many times these people are asking for your help because they can’t find anyone else,” Fan says. “They are desperate for any sort of assistance or help, so when we answer these questions, we are not just offering some legal guidance, but also some moral support and encouragement.”

Fan grew up in Dallas and heard often from his parents that they wanted him to be an attorney. After graduating from American University Washington College of Law in 2007, he started his own business instead.

He ran DC Social Sports, a private adult sports league in Washington, D.C., until selling it, returning to Dallas and starting his own law practice in 2015.

In his first year, Fan accepted at least 35 referrals from the Dallas Volunteer Attorney Program. The cases included drafting estate plans, wills and powers of attorney, as well as divorces and probate matters.

He also volunteered often in neighborhood legal clinics, interacting with residents, listening to their problems and figuring out the best way to solve them.

In June 2017, Fan saw a call for volunteers for Texas Legal Answers in a State Bar of Texas email newsletter. He was drawn to the idea of doing pro bono service from his own home, particularly after driving back and forth to the legal clinics.

He also appreciated the convenience of the program for the people who needed it.

“There is an overwhelming need of low-income individuals in Texas, and I’m sure throughout the country, who simply don’t have the ability to wait three or four hours to speak with an attorney for 15 minutes,” he says. “So any virtual resource where someone might be able to answer questions for them is a tremendous need that I also recognized.”

Fan answers questions on nights, weekends and holidays. He explains that it usually takes only a few minutes to open the website portal, look over questions and provide responses.

Many times, Fan says, people ask where to find specific forms or for guidance on how to handle an issue themselves.

In the past, he has helped people who are getting divorced with where to start or how to file as pro se litigants. Some of his more complex questions included how to reinforce rights in a probate matter after a relative has taken someone’s share of the estate and whether a tenant needs to pay a landlord who was not fulfilling their end of the rental agreement.

Hannah Allison, the administrator of pro bono programs for the State Bar of Texas, describes Fan as her biggest supporter of pro bono—both in person and online—and appreciates that he also takes the time to address questions outside of his practice area.

“Even if it’s a question he can’t give advice on because it’s too layered, he still figures out a way to identify the legal situations within their narrative and give as much information as he can to empower clients to move forward in their legal process,” she says.

Just as Fan used his early pro bono work to build his practice, he uses the questions from Texas Legal Answers to strengthen his understanding of ongoing issues in the law.

“I will get a paying client down the road that does ask a similar question, and because I’ve already heard the question and know more about it, it provides a better platform to address my clients’ needs,” he says.

Fan never intended to answer more than 1,000 questions for Texas Legal Answers, mostly because he says he lost track.

He does admit he hoped to be a top question-answerer, but only so he could assist as many people as possible.

According to the ABA Standing Committee on Pro Bono and Public Service, 73 of the 5,700 volunteer attorneys registered with ABA Free Legal Answers answered 50 or more questions in 2018.

More than 58,800 questions have been submitted by the program’s clients since it launched in 2016.

Allison offers an update on Fan’s totals as of late March: He has answered 1,693 questions and entered 296.1 hours of pro bono time since joining Texas Legal Answers less than two years ago.

“He clearly goes above and beyond,” she says. “Let’s just start with the quantity, holy cow. And he is fulfilled by doing these answers, by these 20 minutes or so of getting these pieces of information to people all over the state.”

Fan has continued his work with neighborhood legal clinics, working to expand to locations outside of Dallas so they help more residents. He has also focused on educating senior citizens on end-of-life planning through free will clinics.

He rejoined the ABA in January after meeting Michele Wong Krause, a Dallas-based member of the Board of Governors, at a local bar association event.

As a law student, Fan served as a liaison to the Tort Trial & Insurance Practice Section, but he canceled his membership when he didn’t immediately practice law. Fan says Krause gave him a good reason to renew by pointing out the importance of building a network beyond where he practices.

It’s an argument that resonated with Fan, who has always viewed getting involved as a way to become a better lawyer.

While he says he didn’t initially expect personal perks from pro bono service, he now recognizes the positive impact it has on both his reputation and his connections within the legal profession.

“Beyond the feel-good nature of giving back to the community, I think most people underestimate the impact that pro bono has on your own practice,” Fan says.

Visit ABAFreeLegalAnswers.org to volunteer or for more information.

Members Who Inspire is an ABA Journal series profiling exceptional ABA members. If you know members who do unique and important work, you can nominate them for this series by emailing [email protected]. This article was published in the May 2019 ABA Journal magazine with the title “Answering the Pro Bono Call.”