This New York City litigator advocates for transgender rights and is teaching other lawyers how to do it, too 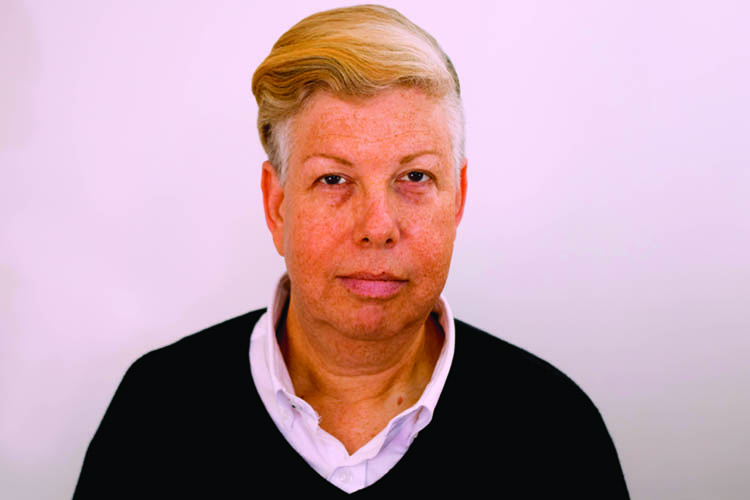 As corporate America continues to publicly display the rainbow motif to promote its recognition of LGBTQ rights, the phone hasn’t stopped ringing at Weiss Law. Founded by Jillian T. Weiss, the three-lawyer, Brooklyn-based firm specializes in enforcing the civil rights of transgender people, especially in the area of employment law—and the fight is far from over.

Luckily, Weiss is uniquely prepared to lead the charge: She co-authored Gender Identity and the Law, the first law school casebook on the subject. She also founded the National Trans Bar Association, and she served as executive director of the Transgender Legal Defense and Education Fund. Weiss helped litigate the first cases brought by the EEOC and the Department of Justice on behalf of transgender employees and has drafted transgender-friendly workplace policies for major corporations like Boeing—all after spending more than a decade as a college professor (she holds a PhD in law, policy and society). For Weiss, the fight isn’t just professional; it’s also personal. Weiss transitioned to living as female in the late ’90s and has faced many of the same types of discrimination that her clients continue to endure today.

Q. Did you always want to be a lawyer—to be an advocate?

A.  No, I actually wanted to be a teacher. I grew up very religious. I am Jewish, and I wanted to teach Jewish subjects. I was most interested in the Talmud, the ancient books of Jewish law. But my parents were first generation. My grandparents were from Poland; one grandfather was an auto mechanic, the other sold bananas from a horse-drawn cart. My father went to school on the GI Bill and became a CPA and owned his own firm. My parents felt law school would be a good fit for me, so they insisted I go. It was a wonderful experience, and I ended up working for a big law firm doing traditional corporate work. It was fascinating stuff, but I did not fit into BigLaw.

Q. Because you are transgender?

A.  BigLaw requires a certain personality and way of doing things. I had always known I was transgender—at the time, the diagnosis was “gender identity disorder,” now gender dysphoria, and I just viewed it as something I had. I didn’t view it as bad, but I knew it was bad in the eyes of other people, so I had to hide it. Eventually, it became so strong and so invasive and intrusive that I felt it necessary to transition, but I had already left BigLaw by that time. I had my own practice, but I had started doing temp work at a law firm, and it had become a very big part of my income. As I was exploring my gender identity, I had become very open with my secretary. I think she must have told other people, and the agency suddenly advised me my services were no longer needed. I was distraught. I thought, “What do I have to live for?” I realized, what I have to live for is being my authentic self. That was very empowering for me. To be authentically myself is the most important thing in the world. But I did lose all of my family, friends and money.

Q. That is horrible. What did you do?

A.   No one was interested in hiring a transgender lawyer, so I did what I had to do: I got a job as a legal secretary. Look, I was still very lucky. I am white with a lot of education, resources and social capital. After two years, no one was seeing me as anything but female, so I left and got a job as a lawyer outside New York City doing insurance coverage. It was interesting how differently I was treated as a female lawyer. I had been talking about going back to school for a PhD, but I didn’t have much money. One of the clerks said, “You don’t need money—if it’s a good program, they pay you!” So I applied and was accepted to Northeastern University in Boston with a full scholarship and a job as a teaching assistant. Before I graduated in 2004, I got a job teaching at Ramapo College in Bergen County, New Jersey. I loved it. It’s a captive audience, and I love to talk! But engaging these students was really exciting because many of them were first-generation college students, and most were very conservative, with family members working as firefighters or in law enforcement. Here I am, a transgender woman teaching them. Many weren’t aware I am transgender, but if I was talking about civil rights, I would tell them. I wanted them to know that trans people did all sorts of things—even teach.

Q.  What pulled you away from academia and back to the practice?

A.  I started practicing again in 2011 while teaching. My research field was transgender civil rights. People would call me and ask if I could represent them, and I had to say, “I am sorry, I don’t practice anymore.” But they couldn’t find lawyers, and when they did, the lawyers didn’t understand these causes of action. I thought it would be interesting, after working these issues from the academic side, to litigate a case. I left to join the Transgender Legal Defense & Education Fund in 2016. Now I’m in my own practice.

A.  It starts fairly early in the morning. I open my calendar, email and chatline to my staff and go over what needs to be done and what’s coming up. We work remotely, and we pretty much always have. I need a lot of freedom to be able to work on what I am working on. I have a great passion for this work—I absolutely love it. I am obsessed with it. I get up every morning, and I can’t wait to get to work. Every one of my cases should be a movie. Every one of them has a very human story about overcoming obstacles and legal issues that are fascinating. The difficulty is this is very intense work. We are dealing with a very traumatized population that is living in a country trying to keep them from living their lives and interacting in society.

Q.  Is it challenging to continually experience this level of intensity?

A.   I’ve been working for trans rights for the last 20 years, so I’m used to it. But my associates are not, and I realized that they were experiencing secondary trauma. They didn’t necessarily realize they were going through it, but I could see it. I remember one usually calm person said to me, “We should tell this opposing counsel that if anything bad happens to our client, we will get them!” I said, “Well, that’s not really what we do—our job is to work through the courts to determine what’s fair.” But I realized he was coming from a place of trauma. I brought in someone to the firm who specializes in secondary trauma of attorneys. She usually works with large law departments around the country, but I was able to convince her to work with our tiny firm. She worked with us to know what traumatic stress looks like, and more importantly how to deal with it. The amount of stress that attorneys go through on behalf of their clients is unrecognized in the profession. It leads to compassion fatigue and burnout. I was worried. I need my employees—I can’t do the work I am doing without their help.

Q. It seems as though companies are going out of their way these days to publicize how LGBTQ friendly they are. Do you think this acceptance isn’t necessarily including transgender employees?

A.  I regularly have conversations with defense counsel where they say, “I’ve looked you up and the work you do is great, but we want you to know that this one case, this is different. We love transgender people, and we didn’t do anything wrong. The other people you’ve sued, they deserve it, but we don’t.” Even if there are fewer bigots who are out to discriminate, there is still implicit bias, so some managers can’t help but see a transgender person as a weirdo. I had a case where a company said to my client, “We want to help you in your transition.” They even had a guidebook on how to help. The employee asked not to travel during transition, and they said OK. Some of the managers didn’t like that, and at the next reduction in force, my client was out. With anyone else, if managers said they had a problem with the disability accommodation and shortly thereafter put the employee out to pasture, you would say there’s discrimination here. They couldn’t see it.

Q. I know you’ve done consulting for corporations to prevent situations exactly like this from happening. Do you think creating transgender-specific corporate policies is part of the answer?

A.  How else would people know what to do? You can’t just have a policy that says, “Be kind to everyone.” What if a transgender person needs time off for medical treatment and others are disgruntled? If you don’t provide training to your managers, and you don’t have a clear policy about a dozen foreseeable issues, it’s very easy for things to go off the rails.

Q. You’ve done so many things across your career. What do you see for the future of your firm? Will you try to expand?

A.  I don’t know. It’s been a challenge for me to manage this so far. I ramped up fairly quickly, and payroll includes two associates and an assistant. That’s a lot for a new contingency practice. I have to structure it that way because my clients don’t have two nickels to rub together. They’ve just been fired and they’re transgender, so they’re typically working levels below their ability because of discrimination. I could use one more person with seven-plus years of experience, and I’ve created a nonprofit arm, the Transgender Workplace Rights Institute that trains lawyers how to prosecute these cases because I think most lawyers don’t understand this area of practice.

Q. What do you mean by that?

A.  Having a case involving gender identity is different from a case of sexual orientation. With sexual orientation, often you have a choice. You can keep it private. You don’t have to put the picture of yourself and your partner on your desk. But gender transition is a public event; it changes the dynamic. The way we treat women as a society is different from the way we treat men, so when you cross those categories, people don’t understand, and we are not yet at the promised land.

This story was originally published in the October/November 2021 issue of the ABA Journal under the headline: “Advocating for Authenticity: This New York City litigator advocates for transgender rights and is teaching other lawyers how to do it, too.”