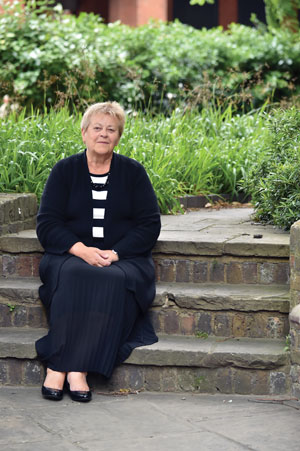 Julia Graham heads a team at DLA Piper in London that assesses risk for the firm’s lawyers working in global hot spots. Photograph by Professional Images.

With law firms now doing business in all corners of the globe—sometimes potentially dangerous destinations—some question whether their firms are doing enough to keep them safe.

“Some have done a fair bit,” says Vaughan, who retired from Norton Rose in 2013 but still consults with the firm, as well as security company Control Risks Group. But others act inconsistently and on an ad hoc basis, he says. In most cases lawyers simply latch on to whatever security arrangements their clients have made.

A lot of that is just inertia, Vaughan thinks. Lawyers are busy, and many can’t be bothered to read the news, never mind travel advisories from the U.S. Department of State. On top of that, no one wants to offend clients by questioning their security arrangements. And in the vast majority of cases, those will be just fine.

But when the client’s employees are more used to shrugging off danger, or there are differing views on the potential risk, who takes the lead on lawyer security?

John Neville, who handles security issues as the London-based head of facilities for the law firm of Herbert Smith Freehills, recalls a situation at the start of last year’s outbreak of the Ebola virus in West Africa. Some lawyers from the firm were supposed to accompany clients on a trip to Guinea, one of the affected countries.

“There’s a kind of pressure there,” Neville says, “when the client says they’re willing to travel.”

It was to ease such pressure on individual lawyers that Herbert Smith Freehills put in place policies over the past decade or so that effectively take the decision to travel out of the lawyers’ hands. If a lawyer is planning to travel to a country regarded as high-risk, the trip now has to be approved by someone in firm management. In the end, the firm decided not to let its lawyers go to Guinea.

“[The lawyers] can blame the firm,” says Neville. 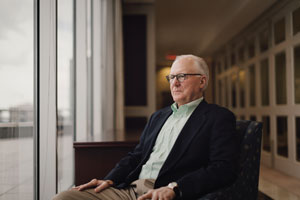 At firms that have formalized policies, there are usually “tripwires” to let management know a lawyer might be planning a trip with security issues. Julia Graham, chief risk officer at DLA Piper, says lawyers frequently directly contact her team. If they don’t, the firm’s travel agent will be in touch.

Many firms monitor global hot spots through subscription services such as Control Risks, International SOS or Aon’s WorldAware Solutions. Active war zones such as Afghanistan or Syria are clear no-go areas for business travel, but countries like Nigeria present a more complicated picture. Though much of the country’s north is considered off-limits due to the Boko Haram terrorist movement, the major cities of Abuja and Lagos are arguably open for business.

Vaughan says firms should start by asking whether a trip is really necessary. “There are other ways to get things done,” he says. Maybe a teleconference will do, or heading to a third location. “Instead of meeting in Lagos, meet someplace else.”

There is also a matter of which lawyers to send, as some may face different security issues. In many parts of the world, Graham points out, women and members of ethnic minority groups could encounter more problems.

It also may make a difference why a lawyer is traveling to a certain country. Someone participating in a high-profile, highly contentious matter will need greater protection.

When there is an issue of safety in transport, firms or their clients are more likely to turn to security outfits such as Control Risks and Kroll, which can provide a variety of services ranging from a secure airport pickup to an actual armed escort.

Neville says Herbert Smith frequently uses a check-in service, which employees working in potentially unsafe locations are supposed to call at about the same time every 24 hours.

“I remember once in the last three years that a lawyer didn’t call,” he says. “Fortunately, it turned out that her business meeting went long and she went straight to dinner.”

Graham says there have been occasions when DLA Piper had to get people out of places quickly, such as Mumbai during the November 2008 terrorist attacks, and Georgia when Russia invaded in August 2008.

“When people have been at risk, we’ve been prepared,” she says.

According to Vaughan, the large U.K. firms seem to have thought more about security matters than their U.S. counterparts.

And Graham, who is based in London, notes that relatively few U.S. firms operated overseas until recently.

Graham’s responsibilities at DLA Piper don’t include the United States.

“There isn’t anyone doing my role there,” she says.

This article originally appeared in the August 2015 issue of the ABA Journal with this headline: “Risky Business: Traveling to dangerous areas can leave lawyers vulnerable.”