How are law schools using virtual reality tools in classrooms? 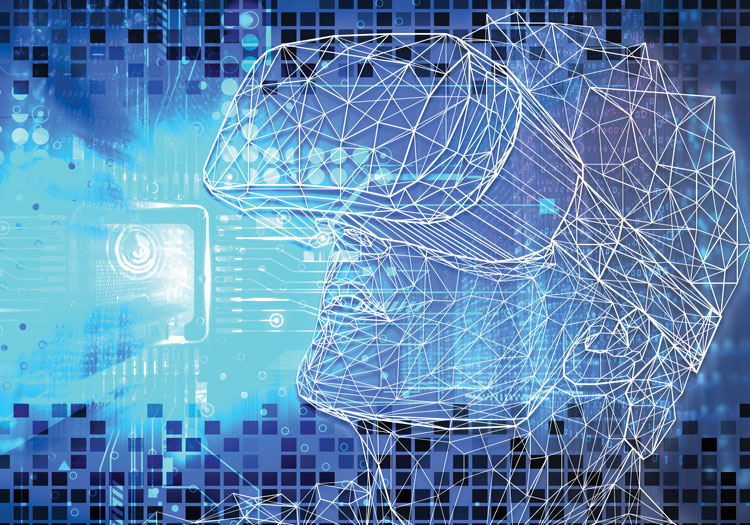 This past summer at the University of North Texas Dallas College of Law, a small team of law students and school employees created a virtual reality crime scene. There was blood made of ketchup, a stapler, handprints and of course, a dead body. Using a 360-degree camera, the team staged an imaginative crime scene.

“It was an experiment at the request of a criminal law professor,” says Jennifer Wondracek, director of legal educational technology at the school. “We did it low-budget because we were trying it out.” The professor liked it, Wondracek says, and asked for another that could be used to supplement classroom material. Jennifer Wondracek: “We are right at the edge with virtual reality technology in both the law school setting and the legal profession.” Photo by Scott Peek.

In fact, Wondracek says her department is ready to do a lot more, including re-creating actual crime scenes for the school’s criminal law classes.

And perhaps it won’t stop there.

Virtual reality involves the use of computer technology to create a simulated environment, immersing a user in a 3D experience. In the past few years, the legal industry has begun slowly experimenting with VR technology—using it, for example, to re-create crime and accident scenes.

However, it might take a while before VR establishes a foothold in most law schools.

At this point, only a handful of schools are experimenting with VR and augmented reality technology, and nobody yet knows exactly how it can best be integrated into the curriculum, says Ayyoub Ajmi, digital communications and learning initiatives librarian at the University of Missouri-Kansas City School of Law.

“The technology was developed before we knew we had a need for it,” Ajmi says. “What do we do with this technology now that we have it? We are in the early stages of figuring that out.”

In addition, many law schools appear reticent to even devote an initial investment in VR technology. One reason is that, in general, law school administrators and faculty have a limited budget and other favored projects they wish to fund.

Simply put, Wondracek says, many law schools don’t prioritize being on the cutting edge of technology.

“Law schools tend to wait for technology to develop a bit more before investing in it,” Wondracek says.

That being said, an increasing number of law schools are offering online programs that could benefit from virtual and augmented reality technology, says Fredric Lederer, a law professor and the founder and director of the Center for Legal and Court Technology at William & Mary Law School in Williamsburg, Virginia.

“As we begin to move law school online, one of the great concerns about online instruction is that we lose all the wonderful things of being physically present in class,” Lederer says. “But what if, using this technology, we eventually have a virtual reality classroom in which people participate together? Maybe that could allow online instruction in which students have the ability to see and interact with other students.” Some law schools experimenting with VR technology are focused on creating videos that can be used to supplement classes. In doing so, they are using 360-degree cameras to create immersive experiences.

Panoramic imaging has existed for a while, Ajmi says, but the technology used to be prohibitively expensive. In recent years, the technology, including cameras, has gotten more affordable and therefore more accessible.

In general, law schools wanting to invest in VR technology can now do so for considerably less than in years past. The necessary headsets range in price but now can be purchased for as low as $20. Software apps can be accessed on student phones.

“Now, with an investment of less than $1,000, schools can provide students with a decent quality virtual reality experience,” Ajmi says.

But he admits that even getting law schools to invest $1,000 in experimental technology can be challenging.

Kenton Brice, director of technology innovation at the University of Oklahoma College of Law, believes the first step is piquing administrative interest. After that, you have to convince faculty that the investment is worthwhile.

“You need their buy-in, or it won’t work,” Brice says.

In 2016, the University of Oklahoma launched the Oklahoma Virtual Academic Laboratory to provide students with technologically advanced immersive education experiences.

The law school has followed suit, buying its own VR headsets and computers, Brice says.

“Part of the process has been working with the faculty to create content,” he says. “That has helped for faculty to reach an understanding that this is not a disruptive technology but one that can complement a curriculum, if you have the right content.”

This article was published in the January-February 2019 ABA Journal magazine with the headline "A New Reality."