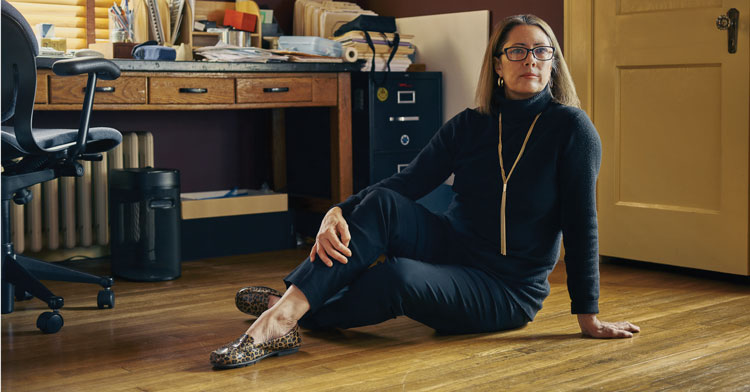 In 2007, Lisa Lawler was blindsided when she learned her husband was being investigated for embezzling money from his employer in Massachusetts to the tune of $2.5 million. He was ultimately convicted and sentenced to two years in jail. And Lawler was left to pick up the pieces of the family’s life.

“There’s a kind of an identity crisis in terms of, ‘What happened? Who are we now?’ ” says Lawler, whose son was a teenager at the time. “It’s literally as if a bomb went off in our lives.”

After she’d made it through the worst—the divorce from her husband, from whom she’d already been separated; the selling of her home; the move to Texas to start over; the acute shame—in 2013 Lawler decided to create a blog and support group called the White-Collar Wives Club with the hope that other women whose lives were similarly overturned could learn from her experience.

“I began blogging about this because I just felt so disenfranchised at the end of the day,” she says. 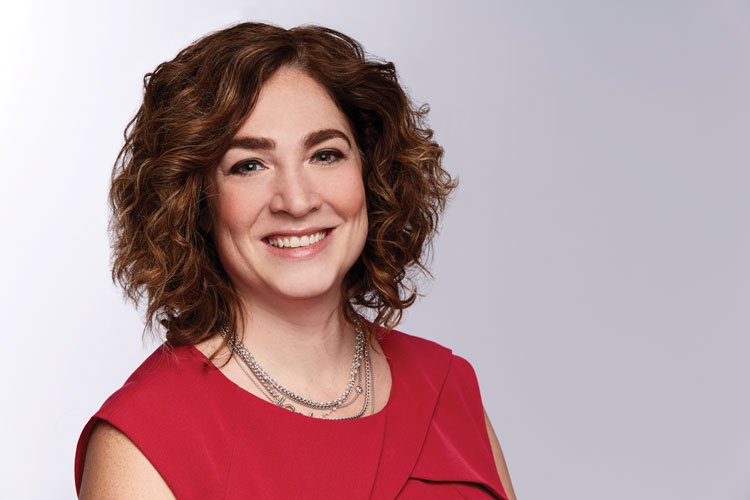 “Getting your own lawyer can put both you and your spouse in a better position in the end because you are able to protect certain assets that he can’t.” Photo of Guinevere Moore courtesy of Johnson Moore.

Today, the name has changed to the White-Collar Wives Project (thewhitecollarwivesproject.org), and it includes a private online support group with about 80 women from four continents who learned the hard way that they were married to white-collar criminals.

Many lost their partner, their financial stability and their expected future after the crime. “They not only gain support from one another but also learn how to navigate the legal and economic morass,” Lawler says.

In addition to support and education, women in this situation need their own legal representation, says Guinevere Moore, a partner with Johnson Moore in Chicago. “I can’t say it strongly enough—get your own lawyer, and do it right away,” says Moore, a tax litigation attorney.

Moore, who serves as vice-chair of the ABA Section of Taxation’s Standards of Tax Practice Committee, says there are critical steps to take to protect an “innocent spouse” from having to pay her husband’s tax liability and to protect the wife’s future income. “Don’t start transferring assets out of your name, out of your husband’s name or between the two of you. There will be a trail, and this will not put you in a good light. Get your own lawyer, and don’t do anything else until you speak with her or him.”

While Lawler divorced her husband immediately upon learning of the crime, protecting her personal assets in the process, she says not everyone is willing to leave. And when wives stay, she says, they face financial ruin.

“I’ve seen it all. Group members report wedding rings being slipped off their fingers; automobiles, homes and everything in them, seized through temporary restraining orders ... and even in one case, an innocent spouse’s fair and legal share of her own 401K after an order of divorce as part of her ex-husband’s restitution. That case was lost again recently on appeal, setting a very dangerous precedent.” 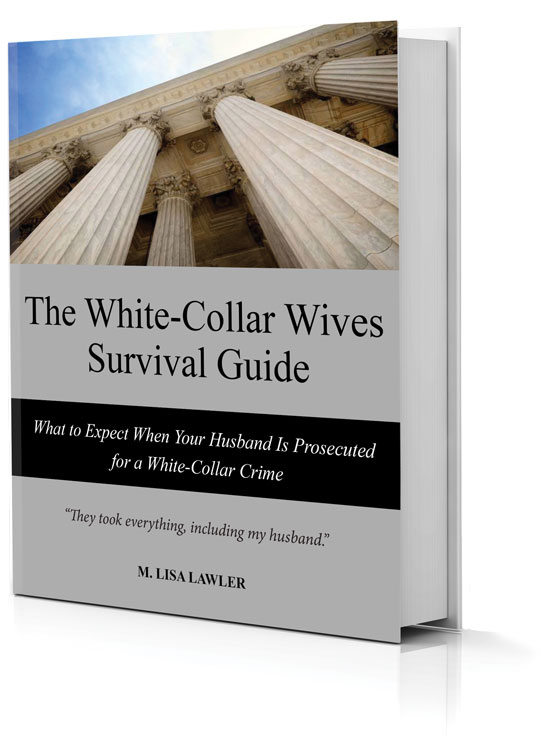 Lisa Lawler: “These women are treated as chattel with no legal standing to defend and retain their fair share of untainted legal marital property.” Photo courtesy of White-Collar Wives Project.

Lawler is quick to agree that all family members of convicted criminals suffer, whatever the crime. “When you have a head of household commit a crime, regardless of what it is, and they go off to prison, you’re also left scrambling. And if you haven’t worked in a number of years or don’t have a career, you’re in the same boat. And the social stigma that goes along with a husband who’s a molester or a rapist or a bank robber—it’s all very similar.”

Research finds that children in particular suffer when a parent is incarcerated. The study Parents Behind Bars: What Happens to Their Children? found that more than 5 million kids have had a parent go to jail or prison, and they are at a higher risk of experiencing other potentially traumatic events later in life, along with more emotional challenges, lower rates of engagement in school and more problems in school.

Lawler’s work has an even broader focus: the oft-overlooked collateral effects on spouses. “These women are treated as chattel with no legal standing to defend and retain their fair share of untainted legal marital property,” she writes on her blog.

For Moore, the key is educating people so they know to find the right attorney to understand and guard their rights and assets. “Protecting yourself doesn’t necessarily put you at odds with your spouse,” she says. “Some women who find themselves in this position think that getting her own lawyer will look like she isn’t standing by her man. That’s not the case at all. Getting your own lawyer can put both you and your spouse in a better position in the end because you are able to protect certain assets that he can’t.”

Lawler’s husband’s crime transformed her life when it happened, and it continues to do so. In addition to launching online platforms to support other women like her, she has penned the e-book The White-Collar Wives Survival Guide: What to Expect When Your Husband Is Prosecuted for a White-Collar Crime, and she is working on a memoir. She also regularly consults with lawyers, corporations, chambers of commerce and other entities about the damage that white-collar crime can cause the entire family. If she can help a spouse in need—or, better, stop the white-collar crime before it happens—she feels as though she’s making a difference.

“The whole premise behind the White-Collar Wives Project is shining a light on this aspect of punishment. These guys really do it to themselves, but they also do it to the family,” she says.

“The question is, did you think of your family and do this anyway? Or did you not think of us at all?” she says. “Either way, it’s a lose-lose proposition.”