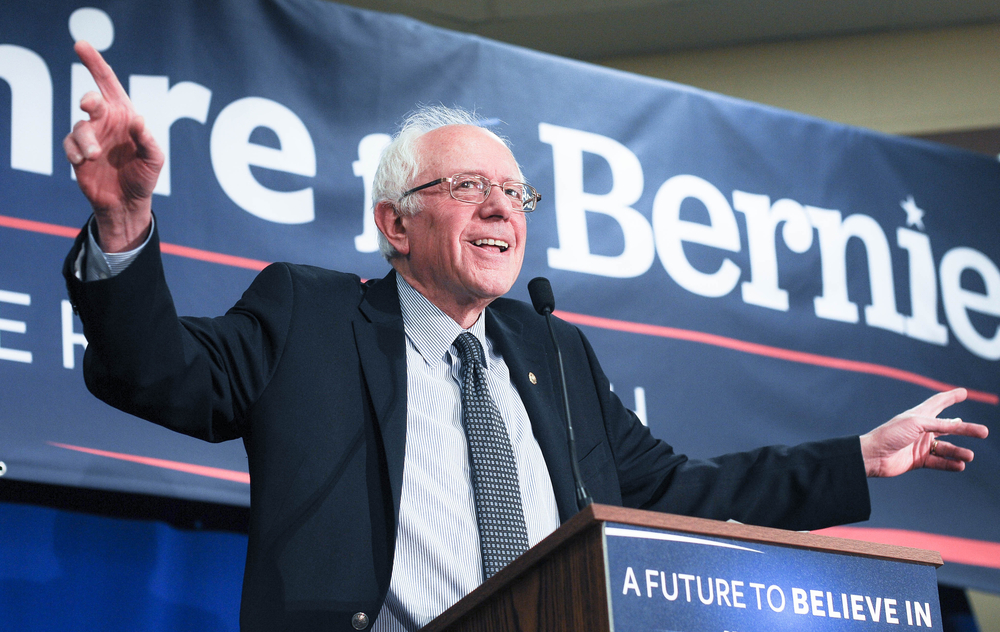 U.S. Sen. Bernie Sanders on the campaign trail in 2016. Shutterstock

The plaintiffs alleged the DNC and its then chairwoman, Deborah Wasserman Schultz, improperly tipped the scales in favor of presidential contender Hillary Clinton. Yet Wasserman Schultz had made public statements about impartiality.

The lawsuit cited hacked emails from a period when both Sanders and Clinton were seeking the nomination that allegedly showed the DNC devoted its resources to Clinton. One of the emails talked about a strategy to provide a contrast between the GOP field and Clinton. Others talked about Clinton’s vulnerabilities and policy positions.

The emails had been published on WikiLeaks after they were hacked by Russian military intelligence officers, according to an indictment obtained by former Special Counsel Robert Mueller.

The appeals court tossed all of the claims, but allowed two of them to be refiled.

“We are mindful that there are deep disagreements within (and outside) the Democratic Party about the DNC’s alleged conduct during the 2016 primaries,” Jordan said in his opinion. “But federal courts can only adjudicate cognizable claims, and the complaint here fails on a number of jurisdictional and substantive grounds.”

The court ruled that claims of fraud, negligent misrepresentation, consumer law violations, and unjust enrichment failed on the merits.

Here are their claims and the appeals court’s rulings on them:

• The DNC donor class and the Sanders donor class alleged fraud, negligent misrepresentation, violations of consumer law that bars deceptive trade practices. The claims were based on the theory that the plaintiffs were harmed financially by alleged false statements of impartiality.

The court said the plaintiffs in the DNC donor class had not alleged they relied on any specific statements before they made their donations, which defeated their fraud and negligent misrepresentation claims.

The court said the consumer protection claim failed because the plaintiffs were not consumers of goods or services.

The court said claims by the Sanders donor class failed on standing grounds because none of the plaintiffs alleged they gave money to Sanders after Wasserman Schultz made statements about impartiality.

• The Democratic voter class alleged a breach of fiduciary duty by the DNC and Wasserman Schultz.

The court said claims by the Democratic voters failed on standing grounds because they didn’t allege they donated any money to the DNC, and they don’t identify any injury resulting from alleged breach of fiduciary duty.

At oral arguments, lawyers identified two possible injuries to the voter class: a reduction in the value of the DNC and harm to the viability of the Democratic Party. Those allegations should have been contained in the complaint, the court said.

• The DNC donor class alleged negligence based on the computer hack and unjust enrichment.

The court said the donors’ unjust enrichment claim failed because the plaintiffs included no factual allegations supporting an implied contract between the DNC and contributors. Nor was it clear why donors gave money to the DNC.

The plaintiffs didn’t challenge the district court’s dismissal of their negligence claim on standing grounds. The appeals court said the claim was abandoned, and it didn’t express any views on it.