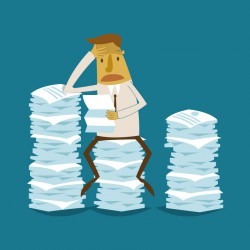 Accepting plaintiff David Lola’s allegations as true for the purpose of deciding a motion to dismiss, the New York-based 2nd U.S. Circuit Court of Appeals said his claim that his work as a contract attorney was not exempt from overtime pay requirements under the Fair Labor Standards Act was adequately pleaded.

“Lola adequately alleged in his … complaint that his document review was devoid of legal judgment such that he was not engaged in the practice of law,” said the appellate panel in its written opinion (PDF), remanding the case back to federal district court.

At issue is whether Lola—who worked out of North Carolina for Skadden Arps Slate Meagher & Flom on a federal case being litigated in Ohio—was practicing law and hence exempt from FLSA overtime requirements. Although he and other contract workers doing document review were paid straight time at an hourly rate, they did not receive time-and-a-half when they worked more than 40 hours a week, the opinion explains.

Lola was admitted in California, but he was not admitted in either North Carolina or Ohio, the 2nd Circuit notes. He was paid $25 per hour.

Lola alleged that his duties involved looking for search terms provided to him, sorting documents that contained the search terms into predetermined categories and drawing black boxes around material to be redacted.

“The gravamen of Lola’s complaint is that he performed document review under such tight constraints that he exercised no legal judgment whatsoever—he alleges that he used criteria developed by others to simply sort documents into different categories,” the 2nd Circuit wrote. “Accepting those allegations as true, as we must on a motion to dismiss, we find that Lola adequately alleged in his complaint that he failed to exercise any legal judgment in performing his duties for defendants. A fair reading of the complaint in the light most favorable to Lola is that he provided services that a machine could have provided.”

Both Skadden and a legal staffing agency that technically employed Lola are named as a defendants in the Southern District of New York suit.

Skadden is incorporated in Delaware and headquartered in New York, the suit points out. The 2nd Circuit applied North Carolina law in determining whether Lola had adequately alleged that he was not practicing law.

Lola’s lawyer, D. Maimon Kirschenbaum, told the Wall Street Journal that his client was “exuberant” about the decision. “We hope contract attorneys all over the country stand up for their rights. We hope that law firms learn their lesson.”

Lawyers representing Tower and Skadden did not immediately return the Wall Street Journal’s request for comment.

Hat tip: Above the Law.

ABAJournal.com: “Lawyer is jobless and sleeping in his car after losing suit seeking OT for document review”