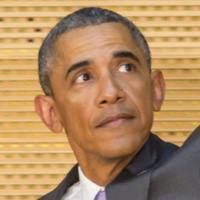 Updated: In a 2-1 opinion, a federal appeals court on Monday upheld a federal judge’s injunction blocking President Barack Obama’s executive action that would block deportation for up to 5 million immigrants.

The New Orleans-based 5th U.S. Circuit Court of Appeals upheld the injunction issued by U.S. District Judge Andrew Hanen of Brownsville, Texas, who is considering the president’s authority to implement the program, report the Associated Press, the Washington Post (sub. req.) and the New York Times. How Appealing links to the decision (PDF). Twenty-six states had sued to block the program.

Obama’s program offered deferred deportation and work permits to immigrants who had lived here at least five years and were the parents of U.S. citizens or legal permanent residents. The program also expanded deportation deferrals for immigrants here illegally who came to the United States as children.

The appeals court majority said Hanen’s Feb. 16 decision was “impressive and thorough” while also complimenting the “well-researched” and “careful” dissent.

Writing for the majority, Judge Jerry Smith said at least one state—Texas, the lead plaintiff—had standing because it would have to provide driver’s licenses to the program’s beneficiaries, costing the state millions of dollars. Smith also said the states had established a substantial likelihood of success on the merits.

The states had claimed Obama’s program, known as Deferred Action for the Parents of Americans, did not follow administrative requirements, and the federal government had no authority to implement it.

Smith agreed with the states on both points. The Immigration and Nationality Act “flatly does not permit the reclassification of millions of illegal aliens as lawfully present and thereby make them newly eligible for a host of federal and state benefits, including work authorization,” he wrote.

The states had also claimed a violation of the “Take Care Clause” of the Constitution, but the 5th Circuit said it wasn’t necessary to address that argument at this stage of the litigation.

Updated to state that the Obama administration will ask the U.S. Supreme Court to hear the case.