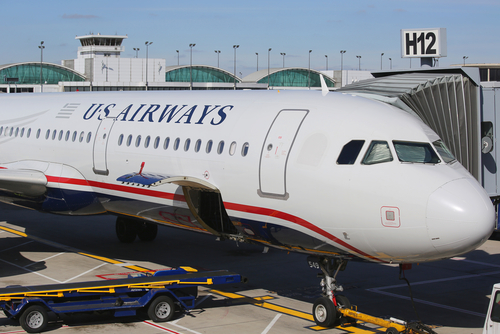 An airline passenger’s suit seeking a refund of a checked baggage fee because of delayed luggage delivery is not pre-empted by federal law, a federal appeals court has ruled.

The San Francisco-based 9th U.S. Circuit Court of Appeals ruled Wednesday on behalf of Hayley Hickcox-Huffman, Reuters reports. How Appealing links to the story and the decision (PDF).

Hickcox-Huffman had filed a would-be class action claiming US Airways violated its contract with customers by failing to refund checked baggage fees when it failed to deliver baggage on time. She also alleged unjust enrichment and misrepresentation.

The law did not abolish remedies for aggrieved travelers suing over the airlines’ voluntarily assumed obligations, Kleinfeld wrote. The crux of Hickcox-Huffman’s claim is that the airline promised delivery of her bag on arrival in exchange for a $15 baggage fee.

The airline had argued it doesn’t expressly promise a refund if baggage is delayed so there is no breach of contract and no obligation to refund the fee. “But a contract may be enforceable even if it does not specify a remedy for a breach,” Kleinfeld wrote.

The opinion noted that the U.S. Department of Transportation issued regulations governing domestic baggage liability after Hickcox-Huffman filed suit. “We leave to another case whether those regulations would result in a different pre-emption conclusion” for baggage lost after the regulations were issued, Kleinfeld wrote.

US Airways merged with American Airlines in 2013. An American spokesperson told Reuters the airline was reviewing its legal options.