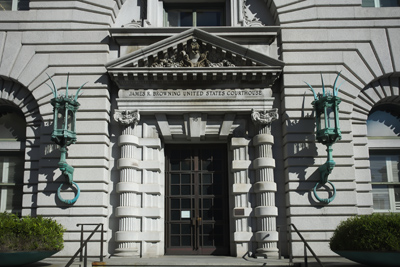 A federal appeals court has overturned two water rights cases and reassigned one of them because of concerns about the trial judge’s expressed views about the federal government and its lawyers.

Jones had told federal prosecutors in the case that he was developing a policy of disallowing or debarring U.S. attorneys from Washington, D.C., because of “concerns about adherence to Nevada Bar standards and ethical standards.” When the government lawyers said they were from Idaho and Colorado, Jones said he would allow them to appear, then changed his mind.

He withdrew the ban on their appearance after the United States filed a petition with the 9th Circuit over the issue.

The cases concerned tribal claims to water rights in the Walker River Basin in Nevada. In one case, Jones had dismissed claims by the tribe and the federal government sua sponte based on res judicata and without briefing or argument on the issues. In the other, he made findings of fact rather than deferring to a state engineer.

In a May 22 opinion in the first case, Judge A. Wallace Tashima said Jones erred by dismissing the case without giving the parties a chance to brief the issues of jurisdiction and res judicata.

“Even after admitting the government attorneys, Judge Jones demonstrated his unwillingness to consider fairly the United States’ interests in this case by making the unprecedented decision to sua sponte dismiss the counterclaims on res judicata grounds, after ordering counsel not to brief the issue,” Tashima wrote. “For these reasons we conclude that Judge Jones would have substantial difficulty in fairly considering the United States’ counterclaims on remand. These facts also support reassigning the case to a different judge in order to preserve the appearance of justice.”

It’s not the first time Jones has run into trouble with the 9th Circuit for his handling of a case. In 2016, the 9th Circuit reassigned a case after finding Jones had displayed bias against the federal government and abused his contempt power against federal agency officials.

In another case in 2016, the 9th Circuit ruled that Jones had no jurisdiction to grant a motion for summary judgment after the parties stipulated to dismissal. In a footnote, the court said Jones “noted his own laughter on the record, repeatedly lobbed accusations of malpractice, described counsel’s comments as ‘mealy-mouthed’ and suggested that counsel return to law school.”