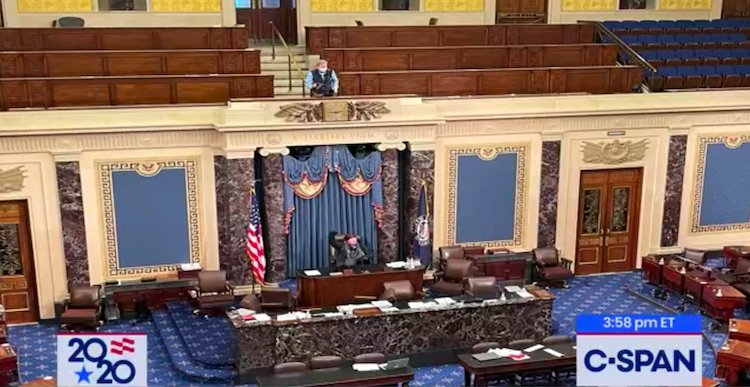 “Storming the Capitol and disrupting the procedure of certification is not a peaceful protest,” Refo said in the statement. “It is criminal conduct. President Donald Trump and all other leaders must condemn this violence immediately, demand that it stop, and protect the safety and lives of those inside the Capitol. President Trump has a duty to restore and protect the rule of law.”

On Twitter, Trump switched from criticizing Vice President Mike Pence for refusing to overturn the election results to calling for the protest to remain peaceful. In a video posted to Twitter, Trump also urged people to go home, even as he alleged that the 2020 presidential election was stolen from him. Twitter subsequently deleted the video and said it violated its rules.

Lawyer George T. Conway III, a Republican and co-founder of the Lincoln Project, a group founded by Republicans opposed to Trump, tweeted that Trump should be impeached after the Capitol is cleared and secured.

Pence issued a statement Wednesday that said he lacked authority under the Constitution to decide which electoral votes should be counted. 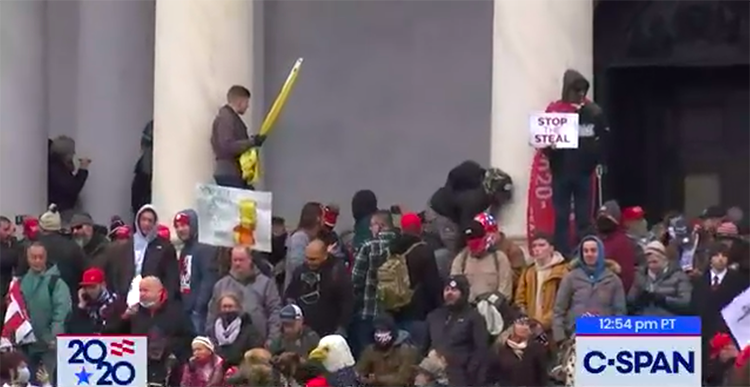 President-elect Joe Biden called on Trump to go on national television to demand an end to the siege. Biden said the assault was an insurrection, rather than a protest, and the rule of law must prevail.

The unrest happenened as U.S. Rep. Louis Gohmert, a Texas Republican, filed a petition asking the U.S. Supreme Court to instruct Pence to refrain from certifying the election results until the congressman’s cert request can be considered.

On Thursday, the Supreme Court in a one-sentence order rejected Gohmert’s bid to reverse Trump’s defeat.

“The application for interim relief presented to Justice Alito and by him referred to the court is denied,” the court wrote.

The Washington Post was reporting that a person was shot inside the Capitol, and the D.C. National Guard will be activated. Pence was rushed out of the Senate chamber, and the Capitol was placed on lockdown, according to the New York Times. House Speaker Nancy Pelosi was also reported to be safe, according to her spokesperson.

Refo said in her statement that the 2020 election “was fairly conducted, and the results are accurate. The system worked. Claims of impropriety were thoroughly and openly investigated. Dozens of lawsuits challenging the election results were carefully considered by courts, including the U.S. Supreme Court. No evidence of any significant fraud was found. …

“The peaceful transition of power from one elected president to the next is a revered American tradition going back more than two centuries and serves as a model to the rest of the world. All elected officials and others in positions of civic responsibility must now uphold their oath to defend the Constitution, support a peaceful transition of power, and thereby protect the rule of law.”