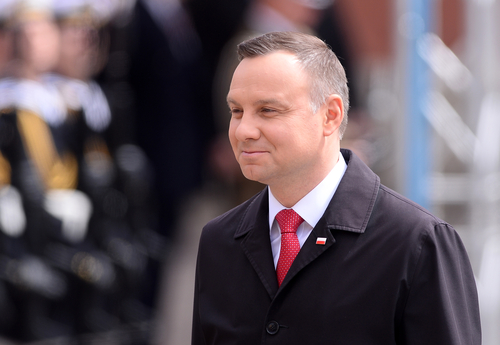 The ABA is urging President Andrzej Duda of Poland to veto legislation that would undermine judicial independence, according to a statement by ABA President Hilarie Bass.

The ABA has sent a delegation of lawyers to the Eastern European country to monitor the situation and to support efforts to preserve an independent judiciary in Poland, Bass said in the statement issued on Monday.

The bills could result in the retirement of about 40 percent of sitting supreme court judges and the removal of current judges from the judicial council. The council has a constitutional mandate to protect the independence of the judiciary and has responsibilities that include vetting, appointing and promoting judges.

The supreme court resignations would be triggered by a new mandatory retirement age of 65 that would apply absent special permission by the president, according to Human Rights First.

Signaling its disapproval of the bills, the European Union is considering triggering a procedure that could eventually lead Poland to lose its EU voting rights, the Associated Press has reported. Prime Minister Mateusz Morawiecki indicated on Monday that Poland would have a dialogue with the EU over judiciary reform, but said both sides may stand their ground, Reuters reports.

The ABA is concerned that the judicial bills violate Poland’s Constitution and fail to meet international standards regarding judicial independence.

“This furthers a clear pattern of politicization of the judiciary,” Bass’ statement says, “starting with the disregard of judgments of the Constitutional Tribunal striking down legislation as unconstitutional and failing to seat judges properly appointed to it. More recently, the minister of justice was granted absolute authority to remove the heads of courts and unilaterally appoint their replacements.”

Duda had agreed in July to veto previous bills that would have forced the resignation of the country’s 83 Supreme Court justices and given control of their replacements to the Law & Justice Party. But he signed another bill that gives the justice minister the power to select the heads of the local courts.