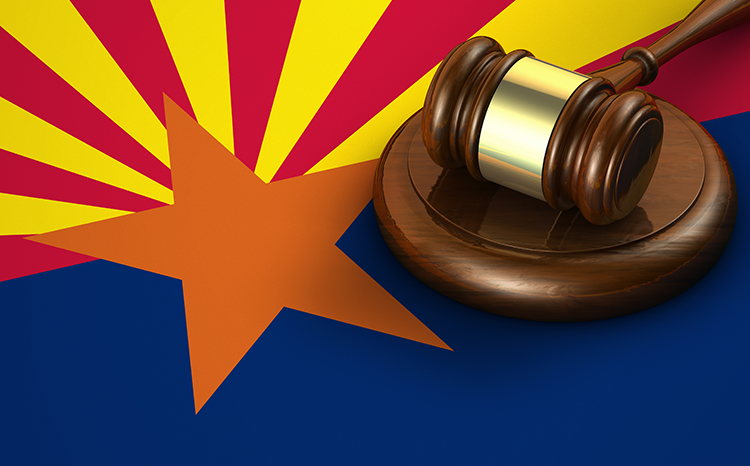 Rayes sided with Arizona abortion providers who sought to block enforcement of the law in oral arguments on Friday, report Reuters, the Associated Press and Axios. He ordered the law to remain blocked while litigation continues.

The Arizona plaintiffs argued the law is vague and in conflict with another state law that bans abortions after 15 weeks of pregnancy, which takes effect in September, Reuters reports.

The fetal personhood law gives fetuses, embryos and fertilized eggs the same “rights and privileges” as “other persons.”

The Center for Reproductive Rights and the American Civil Liberties Union represent the plaintiffs. The groups had filed a motion to block the law as applied to abortions the day after the U.S. Supreme Court overturned Roe v. Wade in Dobbs v. Jackson Women’s Health Organization. The initial suit was filed in August 2021, nearly a year before last month’s Dobbs decision.

The motion says it is unclear whether the personhood policy could be used to subject abortion providers to criminal prosecutions under laws punishing aggravated assault, assault, reckless endangerment, contributing to the delinquency of a child, child endangerment and child abuse.

The motion argues the personhood law should be struck down as unconstitutionally vague as applied to abortion.

KJZZ spoke with Gail Deady, a staff attorney with the Center for Reproductive Rights, about the court hearing.

“Now that Roe has been overturned, it’s completely unclear whether that law allows abortion, or whether it’s now banned, whether it’s a crime, or, really, what it would mean to acknowledge that a fetus has the same rights as a person,” Deady said.

During the Friday hearing, a lawyer for the Arizona attorney general’s office said most abortions in Arizona are already banned because of a law enacted long before Roe v. Wade, the Arizona Republic reports. The lawyer also also said there is no indication the law was intended to create new crimes, according to Associated Press coverage.

The personhood law had also blocked abortions because of genetic abnormalities. The U.S. Supreme Court allowed enforcement of that provision on June 30, the Associated Press reported at the time.

Updated on July 12 to report on Rayes ruling.