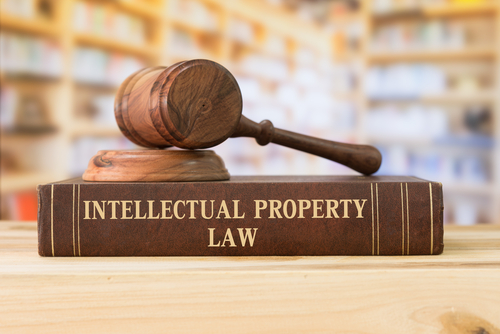 “Aloha” means hello and goodbye and signifies love, compassion and kindness. Since last year, the Hawaiian word also has been legally connected to poke, a bowl of diced raw fish.

In 2018, a non-Hawaiian food chain that originated in Chicago, the Aloha Poke Co., trademarked “Aloha Poke” and sent cease-and-desist letters to Native Hawaiian restaurateurs in Hawaii and Alaska to stop them from using “aloha” in their businesses. The Hawaii legislature responded Wednesday, passing a resolution that creates a task force to develop legal protections for “Native Hawaiian cultural intellectual property, traditional cultural expressions and genetic resources,” Courthouse News Service reports.

The Chicago Tribune and Alaska Public Media had earlier coverage.

“I know some people are like, ‘[Aloha] is just a generic word, everyone says it,’ ” Tasha Kahele, the Alaska business owner who received a cease-and-desist letter, told Alaska Public Media in an interview. “But not to our people, it’s not. Aloha encompasses everything. We live aloha, we give it, we share it. It’s not to be restricted, and I think that’s why it’s so triggering to people and it’s so offensive and it’s so hurtful.”

The enacted resolution emphasizes that Native Hawaiians’ collective intellectual property rights are based on traditional and cultural knowledge developed over thousands of years and passed down through generations. It also contends that western intellectual property laws that recognize patents, trademarks, designs and copyright often facilitate “the theft, misuse and misappropriation of indigenous knowledge by researchers, authors, scientists, biotechnology corporations, universities, the fashion industry and others.”

The resolution continues: “Whereas, disputes between indigenous peoples and third-party users of indigenous knowledge resources over ownership and control have steadily increased in the last five years; whereas, a non-Hawaiian food chain that originated in Chicago, Aloha Poke Co., issued cease-and-desist letters threatening small poke food businesses in Hawaii and across the nation from using the words Aloha and Poke, in essence claiming ownership of these cultural expressions.”

The task force will consider strategies other indigenous people have used to protect their intellectual property rights, including the Indian Arts and Crafts Board federally funded through the U.S. Department of the Interior and the Alaska State Council on the Arts Silver Hand Program for Alaska Native artists funded through the state, the resolution says.

It will be made up of state agencies and Native Hawaiian organizations and must submit recommendations and any proposed legislation before the start of the 2022 legislative session.

The Aloha Poke Co. in Chicago has since apologized on Facebook but insists it owns “Aloha” and “Aloha Poke” when used by restaurants, caterers and takeout, Courthouse News Service reports.