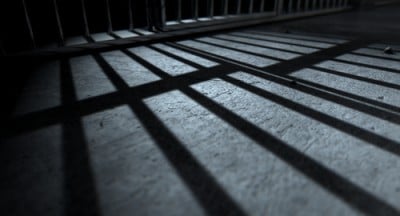 A disbarred lawyer who is accused of murdering his mother was arrested at a Nashville, Tennessee, thrift store Monday. U.S. marshals arrested Richard Vinson Merritt about eight months after he failed to report to prison for defrauding clients out of their settlement checks. A day later, his mother was found dead at her home. (The Atlanta Journal-Constitution, Fox News, the Cherokee Tribune & Ledger-News)

The Council of the District of Columbia is considering two bills that would bar people charged with violent crimes from using a gay-panic or trans-panic defense. Defendants using the defense argue that the victim provoked the crime by revealing their sexuality or gender identity. Defendants in such cases argue that they acted in the “heat of passion” or with a reduced mental capacity. “It is unacceptable for bigots to claim panic as a defense, as if the victim was at fault for the bias-related crime,” said Phil Mendelson, a council member who introduced one of the bills. The ABA House of Delegates urged jurisdictions to ban gay and trans panic defenses in 2013. (Route Fifty, WTOP, press releases here and here)

The U.S. Court of Appeals for the District of Columbia Circuit upheld Tuesday the repeal of net neutrality rules that had required internet providers to provide equal access to apps and websites. The appeals court said the Federal Communications Commission acted lawfully when it repealed the rules. But the appeals court said the FCC didn’t have legal authority to issue a directive blocking all states from enacting their own net neutrality protections. (The Washington Post, Ars Technica, CNET, D.C. Circuit opinion)

Former special counsel Robert Mueller is returning to his former law firm, Wilmer Cutler Pickering Hale and Dorr, where his practice will focus on high-profile investigations and crisis management. His work had a similar focus before he became special counsel in 2017. Two lawyers who also worked at the law firm before joining Mueller’s team are returning with Mueller. (Bloomberg Law, the Washington Post, WilmerHale press release)

U.S. District Judge J. Paul Oetken of the Southern District of New York has tossed a challenge to a $10,000 cap on federal deductions for state and local taxes. Four states had contended that the cap, signed into law in 2017, was an “unconstitutional assault” on the states’ sovereign choices. (CNBC, Politico, Oetken’s decision, the New York Times)