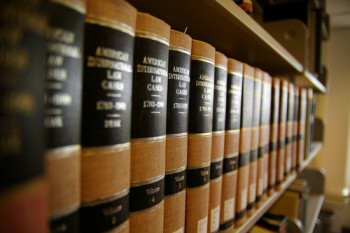 Going forward, the ABA's Section of Legal Education and Admissions to the Bar will review fewer law school files with individual student information for purposes of employment outcomes reporting.

Additionally, given that some jurisdictions have postponed admissions in light of the coronavirus pandemic, the section has established a committee to address reporting bar exam pass rates. The changes were discussed Friday at a remote meeting of the council of the Section of Legal Education and Admissions to the Bar.

“In the past, we’ve reviewed 10 or 20 files, depending on a graduating class’ size. We are going to reduce that number, because the schools would like quicker feedback, and because we are not finding serious problems in the auditing process. We are not seeing schools misreporting. Sometimes we will see some confusion or documentation they would need to do a better job on,” said Bill Adams, managing director of ABA accreditation and legal education.

Also, some law schools asked that the section move its recent-graduate employment reporting deadline to 12 months after graduation, rather than the current 10 months out. That idea was rejected. According to Adams, it’s important to have consistent data dates, to show employment trends. Also, extending the reporting deadline could delay getting information to consumers thinking about enrolling in law schools, he said, mentioning the COVID-19 pandemic.

“We think that we shouldn’t try to mask the harm the pandemic is causing to employment. Also, we’re not sure changing the deadline from 10 to 12 months out that we would get a much better or more accurate picture of what’s going on,” Adams said.

Concerns about reporting bar exam pass rates, since some jurisdictions postponed bar exams in light of COVID-19, were also mentioned. Adams said a questionnaire committee will be appointed and will work with ABA staff on developing guidance for how law schools report bar passage data this year.

The council also reviewed a memo submitted by its standards review subcommittee. It lists three goals for the year: lawyer well-being and professional responsibility; equality, diversity and inclusion, including focuses on cultural competency; and distance education.

Scott Bales, the council chair, mentioned that the body received a letter from law school deans asking that it require training and education around bias, cultural competence and anti-racism. He also noted that the Society of American Law Teachers sent a letter as well, asking that the council use an outside group to audit its standards and practices for enforcing Standard 206, which addresses diversity and inclusion.

“The public knows almost nothing about the council’s oversight on Standard 206. SALT invites the council to make public the practices it uses to assess the success and compliance of Standard 206,” Catherine M. Grosso, a Michigan State University law professor and co-president of SALT, told the council at its Friday meeting.

Also, SALT again asked the council to suspend implementation of Standard 316. The request was rejected at the council’s May meeting, and again when the group met Aug. 14.

“The council is conscious of various issues regarding bar administrations across the country. We are continuing to monitor that situation. We also acknowledge it’s conceivable schools will face problems because of problems with jurisdictions,” said Bales, a former Arizona Supreme Court chief justice.