Are weeds protected by the First Amendment? Posner thinks not 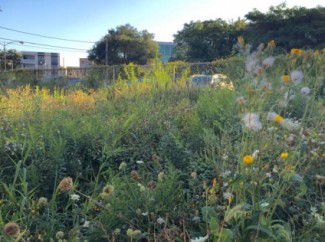 A federal appeals court has upheld Chicago’s weed ordinance in an opinion that includes photos of native plants and an entreaty to lawyers to provide more background information about the litigants.

The author of the Sept. 28 opinion (PDF) for the Chicago-based 7th U.S. Circuit Court of Appeals, Judge Richard Posner, found no “expressive dimension” to allowing weeds to grow unchecked, and no violation of the First Amendment.

The weed ordinance says the average height of weeds can’t exceed 10 inches, and creates a penalty for violation ranging from $600 to $1,200. Besides making a First Amendment argument, the cited property owner, Discount Inn Inc., had contended the fines were unconstitutionally excessive.

Posner said that, even if the Eighth Amendment ban on excessive fines is applicable to the states, the penalties for weed violations were not excessive. His opinion also allowed that there is ambiguity in the concept of a “weed”—he showed the native plant pictures—but said that, in any case, Discount Inn wasn’t growing native plants. Instead, Discount Inn was citing the First Amendment in an argument Posner deemed “ridiculous.”

“It’s not as if the plaintiff invented, planted, nurtured, dyed, clipped, or has otherwise beautified its weeds, or that it exhibits or intends or aspires to exhibit them in museums or flower shows,” Posner wrote. “Its weeds have no expressive dimension. The plaintiff just doesn’t want to be bothered with having to have them clipped. …

“Taken to its logical extreme, the plaintiff’s defense of the weed would preclude any efforts by local governments to prevent unsightly or dangerous uses of private property. Homeowners would be free to strew garbage on their front lawn, graze sheep there, and broadcast Beethoven’s Fifth Symphony 24 hours a day through outdoor loudspeakers—all in the name of the First Amendment.”

Posner tried to learn more about the cited property owner, identified as Discount Inn Inc., but found little information online about the business, which lists its address as a private home in suburban Skokie.

“Although the factual vacuum does not prevent our deciding the case,” Posner wrote in the opinion, “we take this opportunity to advise counsel for future litigants to provide judges with some minimal background information about their clients—some sense of context—to help the judges make sense of their case.”

Hat tip to How Appealing and the Indiana Law Blog.