Tips from two serious women rainmakers | Should students not be law review editors?

In posts Tuesday and Thursday at the Careerist, Vivia Chen shared the insights of Sheila L. Birnbaum and Nina M. Gussack about women and business development. “As we know, Gussack (a partner at Pepper Hamilton) has $65 million in business, while Birnbaum (a Skadden Arps legend who joined Quinn Emanuel this year) probably has even more,” Chen wrote.

In Thursday’s post, they offered eight tips. Among them:

• Be sociable—but don’t bother with people you can’t stand. “People want to give business to people they like,” Birnbaum said, advising junior associates to take junior people on the business side to lunch and keep track of their classmates who went in-house. “But don’t bother if you don’t like them.”

• Don’t take up golf or duck hunting—unless you’re into it. “Don’t join something that you won’t show up at,” Gussack said. Birnbaum noted how the world has changed. “When I started, there were no women GC … but now there’s many women in-house … Your ability to socialize has changed dramatically.”

Chen moderated a panel the that featured these two women earlier this month. Gussack said that in the 1980s, she landed one of her first big clients when she was eight months pregnant, and “within six hours of my delivery, I was on a conference call. … Was that the stupidest thing I did? Or the smartest? … Is that what you need to do to get business? I’ve never been able to answer that question.”

Two weeks ago, there was news of a law review article reporting that law review articles are too long. This week the New York Times’ Adam Liptak wrote about the survey and got the attention of the legal blogosphere.

Liptak took aim at the fact that law students edit the publications. “These student editors are mostly bright and work hard, but they are young, part-time amateurs who know little about the law or about editing prose. Yet they are in charge of picking the best articles from among many hundreds of submissions written by professors with authentic expertise in fields the students may never have studied.”

Christopher Zorn, a political science prof at Penn State, cheers Liptak’s sentiments at Empirical Legal Studies in a post titled “Five Reasons Law Reviews Are Terrible.” Zorn notes that peer-reviewed (vs. student-reviewed) publications are the standard in other academic disciplines, and that other members of the university community don’t take law professors and their scholarship very seriously as a result. “To take but one example, I have observed open, unbelieving derision from psychologists, engineers, chemists, business profs, and the like when I explain that yes, the members of the law school think that five or six non-peer-reviewed, student-edited papers constitutes a tenureable record at a major research university. “ 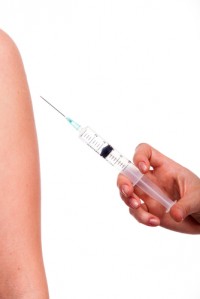 As cold and flu season descends, Connecticut Employment Law Blogger Daniel Schwartz notes that it is in fact legal for employers in his state to require employees to get flu shots.

“In an article last December, the [Connecticut Commission on Human Rights and Opportunities] said unequivocally that there was no issue with mandatory flu shots,” and that employers do not violate anyone’s constitutional rights by requiring them.

Schwartz notes that even though flu shots have “undisputed public health benefits,” he says that “employers should, however, still be mindful of federal laws that mandate some accommodation of an employee’s religious beliefs and may, on a case-by-case basis, consider some flexibility.”

He notes one hospital’s policy that stipulates that workers who do not receive the flu shot wear surgical masks around patients during flu season. “Employers with unions and collective bargaining agreements should also be mindful that some have argued that mandatory flu shots should be a bargained-for term of employment.”