Robert Ambrogi’s Lawsites took note of how the magazine Consumer Reports used self-help legal websites LegalZoom, Nolo and Rocket Lawyer to create four documents: a car bill of sale for a seller, a home lease for a small landlord, a promissory note and a will. Three law professors evaluated the results.

One of the judges was Texas Tech University School of Law professor Gerry W. Beyer, who also authors Wills, Trusts & Estates Prof Blog. The prof trio preferred Nolo’s will-writing software over the other two options, but decided that no site was up to the task of creating more than a simple will.

“For Consumer Reports, the bottom line on these sites is that they offer basic legal advice that might help save money on a lawyer, but that many consumers are better off consulting a lawyer,” Ambrogi wrote. “For me, the bottom line is that here we have an independent consumer watchdog confirming what many lawyers have long said: If you resort to self-help for legal matters, you do so at your own risk.” 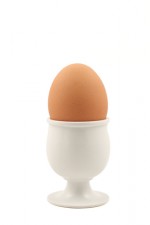 At Philly Law Blog, Philadelphia practitioner Jordan Rushie weighs whether running his law practice on an Apple vs. a PC is a good idea.

Some pros of Apple? Macs produce great-looking documents, and iPads come off well in a courtroom. “During my last major jury trial, the lead trial attorney did all our exhibits from his iPad,” Rushie wrote. “We polled the jury afterwards, and they said the iPad made us look modern and they liked the presentation. YA RLY. After that, my former (and still current) firm made almost a complete switch to Apple.”

Some cons? Even with a Mac, you still need access to a PC because there are “many programs, some court or practice specific, that will require you to have a PC.” Macs are also more expensive than PCs and harder to upgrade, Rushie writes.

But “the choice to use Apple or PC isn’t all that important in the grand scheme of things,” Rushie wrote. “Whatever direction you choose won’t have all that much of a bearing on your practice. It’s like asking if you prefer to eat eggs for breakfast or cereal.”

Au contraire, Houston lawyer Mark Bennett responds at Defending People. “Much more than your choice of operating system, the right breakfast food will improve your chances of winning every trial.” And the right choice is eggs. “My trial lunch, when I pack one, is a hard-boiled egg. A hard-boiled egg is well packaged, tasty, simple, and nutritious, and I can eat it at counsel table when the prosecutors are out carbing up. I stay sharp through the afternoon, and don’t lose a minute of prep time.”

This week at My Shingle, Washington, D.C., solo Carolyn Elefant posits that the reason there is so much bad CLE out there is that good CLE takes time and work (detailing the work she put into her own CLE program) and costs more than most bar associations can afford to pay.

“In fact, that’s why so many bars resort to vendor-sponsored programs—most vendors and lawyer-consultants can afford to speak free since they’ll earn back the value of their time by selling their services,” Elefant wrote, noting that New York City solo Scott Greenfield ragged on just such a consultant-taught CLE in a post at Simple Justice last month.

A solution, Elefant writes, would be to find a way for more people to be able to afford quality CLE offerings. States could allow reciprocity for CLE credit, Elefant suggests, or bar associations could evaluate CLEs and award more credit for better programs.

If you want to trim your list of professional enemies, U.S. Bank attorney Andy Mergendahl writes at Lawyerist that he knows of one way to do it based on the modern psychology concept of cognitive dissonance.

If you can acknowledge that at least one of your “enemies” is just someone with whom you have a personality conflict rather than someone you really hate, “figure out some way in which the person can do you a favor,” Mergendahl wrote. “It need not be an important favor, but the person has to think that it’s important to you. You ask for the favor in a humble and very polite fashion, without a lot of extraneous explanation or narrative.” The person might refuse, but if he or she agrees to help you, he or she will probably stop thinking of you as an enemy.