Using trust accounts to store advance fees from clients is a burden on practitioners and less of a protection for clients than if they had paid by credit card, Washington, D.C., solo Carolyn Elefant writes at My Shingle.

“Credit cards and digital payments offer better protection against ne’er do well attorneys than trust accounts,” Elefant writes. “How so? Consumers dissatisfied with legal services can seek a charge back or lodge a request for dispute resolution with most credit card companies or digital payment platforms. By contrast, all the trust account rules in the world won’t stop unscrupulous lawyers from stealing client money.”

And the arrangement can also discourage the use of flat fees. While lawyers can structure fee agreements to get around this problem, “in the majority of jurisdictions, flat fees are not considered earned until all work is completed—meaning that the lawyer charging $50,000 for a complex but protracted matter technically must put the funds into a trust account and hold them for two years until the case is over.”

“I decided to sample four different law firm websites; reviewing Q1 traffic from 2012 to Q1 traffic in 2014,” Matthews wrote. “Specifically, I measured homepage ‘views’ as a percentage of each site’s total page views.” There was a slight increase in homepage views for three of the websites and a slight decline in one. “This isn’t scientific by any means. But what it does show is that the traffic to firm homepages, as a percentage of total website traffic, has been relatively stable over the past two years.”

While Matthews suspects that law blog traffic is being impacted by social media, he’s not sure law firm websites are. “Unless your firm’s blog has a massive brand, how your content resonates with its readers is what drives exposure. But law firm homepages? The numbers don’t support it.”

University of California-Los Angeles law professor Eugene Volokh noted at the Volokh Conspiracy a spate of recent legislation that would mandate video surveillance. The city of Chicago and state of New York want gun sales to be recorded, and Minnesota passed a law requiring wireless-communications-device dealers to record individuals trying to sell cellular phones. The Minnesota bill would require the tape be kept for 30 days; the New York bill would require the videos to be kept for a year.

“I suspect that, especially if the gun-sales videorecording bills are enacted, similar laws will be proposed for sales of alcohol (which is often sold to underage buyers who have fake IDs, or to straw purchasers who are buying on behalf of an underage buyer), for sales of marijuana in places where it has been legalized, for sales of legal substances that are nonetheless potential drug or bomb precursors, and so on,” Volokh writes. 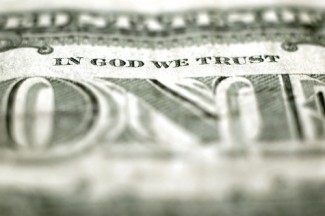 At U.S. Second Circuit, blogger William Peacock notes that the New York-based 2nd U.S. Circuit Court of Appeals recently upheld in Newdow v. United States (PDF) that the “In God We Trust” on U.S. currency does not violate the First Amendment, the Establishment Clause or the Religious Freedom Restoration Act.

But “though this was an issue of first impression in the Second Circuit, it certainly wasn’t the first challenge to monotheistic money,” Peacock wrote. It’s the fifth time a U.S. Circuit Court of Appeals has ruled against a similar “In God We Trust” argument: The 9th Circuit, 5th Circuit, 10th Circuit and D.C. Circuit have also done so.