NU football union vote today | How to turn down a client | Does it matter what car a lawyer drives?

Last month, the National Labor Relations Board ruled that Northwestern University football players are employees and can unionize. The players’ vote is scheduled for today, and 76 active football players are eligible to cast their ballots. However, the ballots won’t be counted until the full NLRB deliberates on an appeal, which could take months, the New York Times reported.

“In addition to issues under the [National Labor Relations Act], I would expect to see claims brought by players under other statutes,” University of North Carolina law professor Jeffrey Hirsch wrote at Workplace Prof Blog. “The [Fair Labor Standards Act] (hello minimum wage and overtime), Title VII, OSHA, and other statutes all have definitions of ‘employee’ as broad, or broader, than the NLRA. And those statutes will pull in public schools as well. I’d be surprised if we don’t see some of these claims soon, especially if the NCAA doesn’t make significant changes.”

Hirsch noted a comment to CNN by University of Connecticut basketball player Shabazz Napier in which he said that he sometimes goes to bed “starving” because he can’t afford food, and an ESPN report soon after that the NCAA’s legislative council had voted to eliminate restrictions on providing food for athletes.

The best ways to say ‘no’

“if you aren’t comfortable, they aren’t really either. If you know someone who would like to handle their matter, you are being of ultimate service to both attorney and client in making a referral,” lawyer coach Debra L. Bruce wrote at Solo Practice University. Her potential coaching clients respond well to referrals. “When you convey that you have their best interests in mind, clients are likely to appreciate your integrity and respect you for directing them elsewhere, instead of just taking their money. Some lawyers have actually received good referrals from clients they turned away! Just remember to do your CYA by sending a nonengagement letter or email reminding them of potential statutes of limitations, and wishing them luck in their endeavors.”

Methods she doesn’t recommend? Quoting a high retainer to scare them off, saying you have a conflict when it’s not true (it breaks Rule 8.4 of the ABA Model Rules of Professional Conduct) or straightforwardly telling the client that they won’t be a good fit. “An offended potential client might damage your reputation by venting to the world. I would even suggest that the abruptness of some lawyers has given our profession a bad name, making things more difficult for all of us.”

Does it matter what car a lawyer drives? 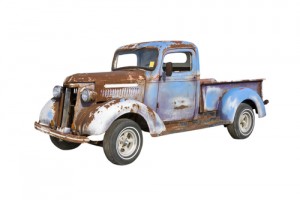 The Nutmeg Lawyer’s Adrian Baron overheard one woman recommend a personal injury lawyer to another at a store. “‘You should hire attorney so and so,’ said the lady as she fished through her oversize bag for coupons. ‘He drives a Jaguar.’”

Baron reflected on the vehicle he has driven for most of his legal career. A beat-up pickup. “I started to wonder if a prospective client pulled into our parking lot and saw that heap of junk parked in my reserved spot, would they turn around? If I had a luxury car would the client think I charge too much?” He polled friends on Facebook and posted the range of their responses. There was no consensus.

The point of the post? He bought a used luxury car. “Now I need to justify the purchase,” he wrote. Yet the new car is already in the shop. “Until I get it back, I am driving the old jalopy again. If you need a ride to court, give me a call. You’ll hear me coming.”

New kid on the block

Above the Law introduced a new column this week: “Reinventing the Law Business” by Bruce Stachenfeld, managing partner of Duval & Stachenfeld in New York City, which has “70-ish” lawyers in its ranks.

“This column will focus on innovative strategies for successfully running law firms—both large and small firms,” Stachenfeld wrote. “Instead of just throwing out ideas because I suspect they may be accurate, I will instead give real-world examples and relate these ideas to things that we did that proved amazing and other things that we did that turned out to be failures.”

Miami lawyer Brian Tannebaum wrote on Twitter that he would have liked to post a comment on the introductory column, but noticed that commenting was closed, which is not the case for Above the Law’s other posts.