Attorney at Work asked lawyers from four different firms about their most effective cost-recovery methods.

“The clients in one of our practice sectors especially do not appreciate being ‘nickel-and-dimed’ with charges for photocopy, fax, postage and online legal research. But these clients have no problem paying an ‘administrative fee,’” said Grace Carr Lee of Hoge Fenton in San Jose, Calif. ” After doing a great deal of ethics research, we did a careful calculation to come up with a defensible percentage of the total invoice to be charged as the admin fee.”

They also outsource what they can so “soft costs” become “hard costs,” Lee said. “For example, big copy jobs go to our copy center (operated by a business partner) and we are invoiced. Errands are called out to couriers rather than being handled in-house, and we are invoiced. The third-party invoices are then passed through to clients.”

Tread lightly: The law is on his side 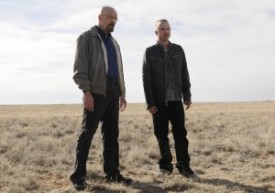 What if, on Breaking Bad, Jesse Pinkman had worked at Walter White’s car wash? “You, know, to get the FBI off their scent with some legitimate work,” Eric B. Meyer writes at The Employer Handbook.

In this fan-fiction scenario, Jesse falls back into his methamphetamine addiction and tells Walt this. Walt tells Jesse to go to rehab or face termination, per his employment contract which states that anyone “who rejects treatment or who leaves a treatment program prior to being properly discharged will be terminated.” (Naturally, Saul Goodman drafted this language.)

But Jesse doesn’t stay with the program, gets fired, and files an Americans with Disabilities Act suit. And loses. “This dashing, brilliant attorney named Erick Meyers, played by Ashton Kutcher … successfully argues that Jesse is not a ‘qualified individual’ under the ADA because of his illegal drug use and does not not fall into the safe harbor provision in Section 12114(b) of the ADA, which makes the drug-use exclusion inapplicable to an otherwise qualified individual.”

The blog notes a New York Times letter to the editor commenting on a book review of the 2004 novel that describes the book’s Avern Cohn as “Satan, in the guise of a merely totally corrupt lawyer.”

The letter pointed out that Cohn was a former judge in the U.S. District Court for the Eastern District of Michigan, who had in fact won a contest in which the prize was having his name used in a Leonard novel. Cohn assumed senior status in 1999, but as of April the now 89-year-old jurist was carrying a full caseload, according to Bridge Michigan.

Compared to last year, law school applications have dropped by nearly 18 percent. So the Wall Street Journal Law Blog asked: What does that mean for the LSAT scores for the class of 2015?

Nothing earth-shattering. Based on information from the law schools’ websites, he 25th/75th percentile LSAT scores at Yale (170/176) were the same for the classes of 2012 and 2015, and Harvard, the University of Chicago, Duke and Columbia only had shifts of one or two points.