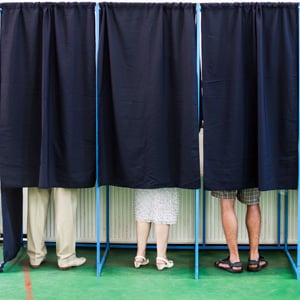 At least 18 former ABA presidents are among more than 100 civic leaders who signed a statement calling for officials to safeguard the election process and for Americans to “exercise patience, civility and restraint.”

The statement notes that some jurisdictions “may experience procedural difficulties in voting and vote tabulation,” giving rise to litigation and public demonstrations.

“We urge those in leadership positions to encourage peaceful participation in the election process and to condemn any threats or acts of violence,” the statement says. “We also urge all Americans to exercise patience, civility and restraint, so that the results of the elections can be determined in accordance with the rule of law and peacefully accepted by the American people.”

• All who are entitled to vote are able to do so safely and securely, without interference of intimidation.

• All ballots are counted in a lawful, accountable, efficient and well-organized process.

• Election disputes are resolved in a fair, open and orderly way, in accordance with the law.

The joint appeal was organized by the World Justice Project. The signatures are being updated on a rolling basis. The American Bar Foundation is among the groups that signed the statement.