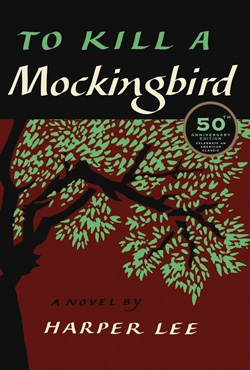 Updated: At least eight theater companies throughout the United States have canceled productions of To Kill a Mockingbird because of litigation threats from the producer of a newer version of the play on Broadway.

The New York Times report includes an interview with 11-year-old Olivia Mongelli, who was cast as Scout in a Dayton production of the play. Mongelli said the actors learned the play would be shut down during a rehearsal.

“Everyone onstage was just in shock,” Olivia said. “I just sat there for a second and said, ‘Is this a joke?’ ”

Both the old and new versions of the play are based on the book by Harper Lee, who died in 2016. The older version, written by Christopher Sergel, has been staged for decades and was being used by the theater companies receiving the cease-and-desist letters.

The new version, being staged on Broadway by producer Scott Rudin, was written by Aaron Sorkin.

Rudin’s objections to the other productions are based on a 1969 contract between Lee and the company selling the rights to the older version of the play, Dramatic Publishing, according to the New York Times article.

The 1969 contract bars Mockingbird productions in some venues when a “first-class dramatic play” based on Lee’s book is playing in New York or on tour. The venues affected are located within 25 miles of cities with at least 150,000 people based on the 1960 census.

One theater company that had planned to stage the play 16 miles outside Boston is moving its production to Gloucester, Massachusetts, about 40 miles away. Others are shutting down their productions entirely.

Lee’s estate is backing Rudin’s claim, even though it was itself involved in litigation with Rudin that claimed the new adaptation was not consistent with the spirit of the novel, as required by contract. The suit settled in May 2018.

In letters to Dramatic Publishing, Lee’s estate had cited not only the population cap but also a requirement that the play be licensed only for amateur productions. The letters said the amateur provision was being violated because some plays included performers who belong to Actors’ Equity, the professional actors union.

With no resolution of the dispute, Rudin’s lawyer sent cease-and-desist letters directly to the theaters. Rudin told the New York Times in a statement that he hates to shut down a production of any play, but his production company’s licensing rights were being infringed.

“The Sergel play can contractually continue to be performed under set guidelines as described in detail in its own agreement with Harper Lee—and as long as those guidelines are adhered to, we have no issue with the play having a long life,” Rudin said.

Facing a “barrage of criticism,” Rudin later called several theaters and apologized, the New York Times subsequently reported. He offered scripts to the new version of the play at no charge. Some theaters accepted the offer, but for others it was too late for their scheduled performances.